Just about every model horse show I've been to has opened the performance division with a harness class.  This was not the case at the Show for the Cure.  Instead, it was a Rodeo class that kicked things off. 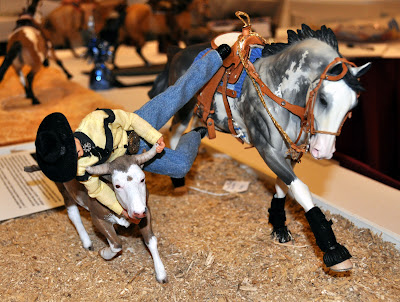 There were so many gymkhana type entries in the Rodeo class that I asked permission to add a Western Games class.  This turned out to be a good decision as the Games class was filled with both common... 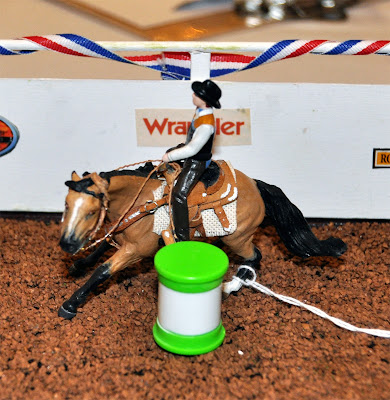 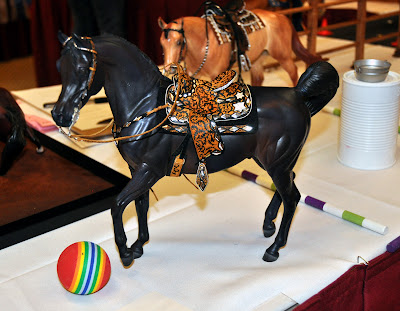 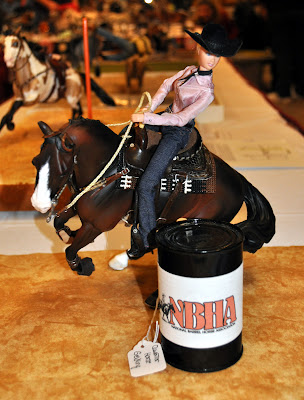 Other Western was next.  Once again there was a nice variety of entries including cutting, 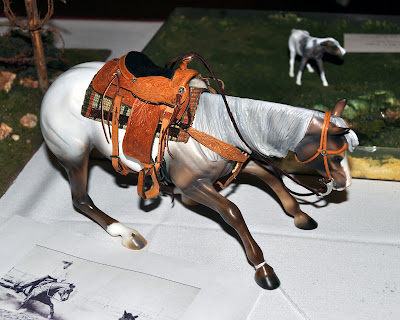 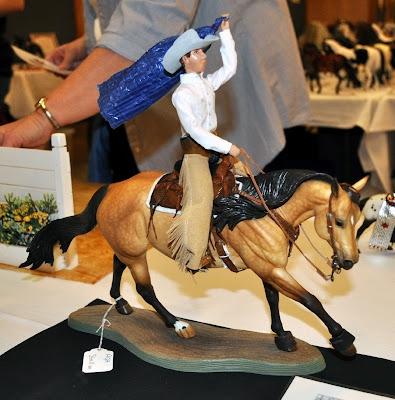 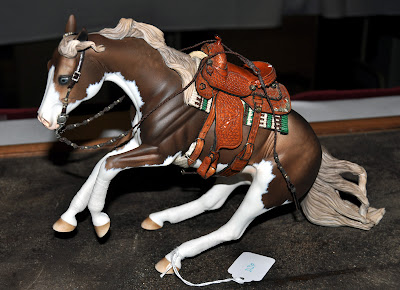 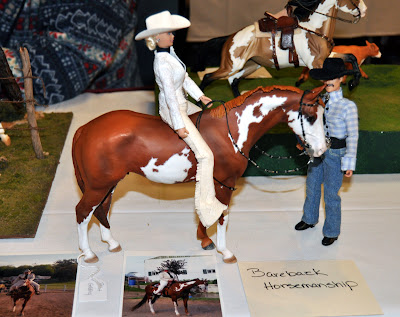 The Western Trail class was a mix of arena... 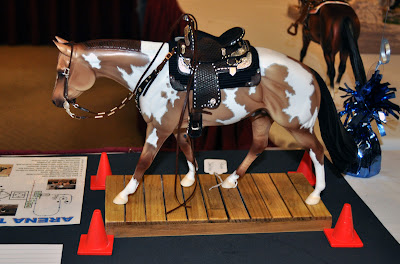 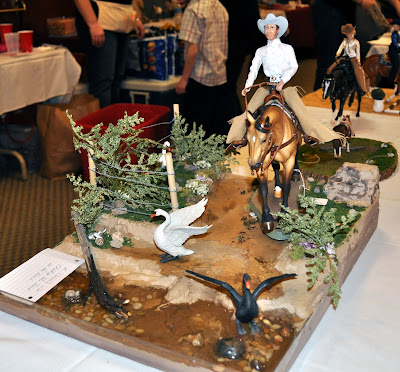 Close up of the reiner's diorama--very neat! 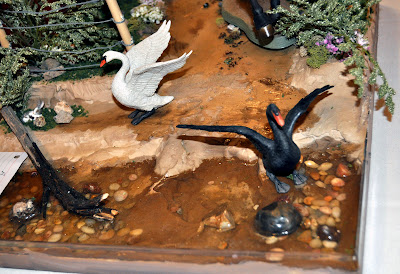 If I recall correctly, Karen Meekma also won this class with this nice poles set-up. 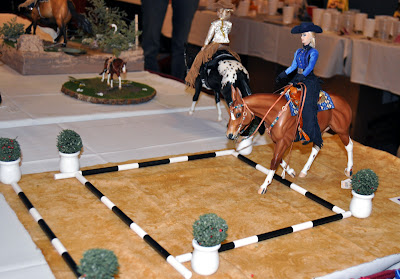 The division wrapped with Western Pleasure. 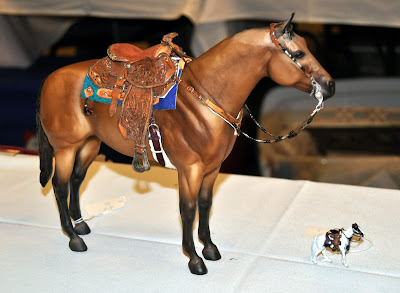 Longtime readers of this blog know that I do not collect minis and I don't like making mini tack.  As a judge, however, I don't mind pinning them, particularly when they're as nice as this. 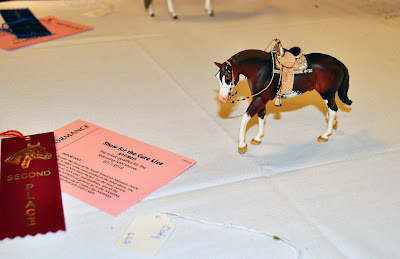 The winner of the Western Pleasure class was also pint sized.  This little Pebbles half Arabian is owned by Manuela Wieczorek and her tack was made by Rachel Pierce. 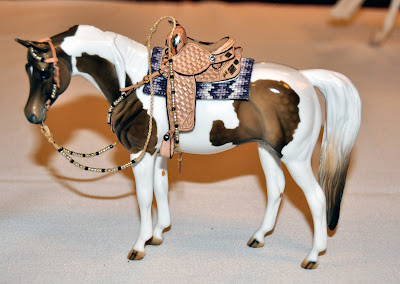 Every horse (and mule) that had won a first or second place ribbon was asked to return to the show table for the Western division callbacks.  This Rose reiner put up a good fight, 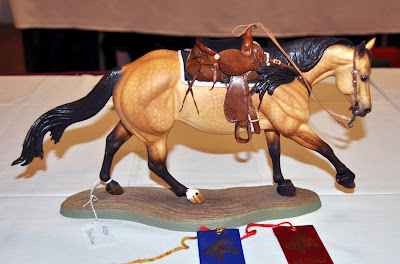 but I ended up awarding the Reserve Championship to Karen's Rock N Roll. 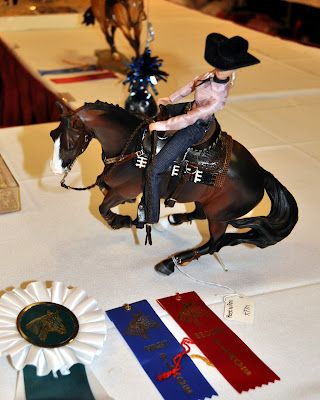 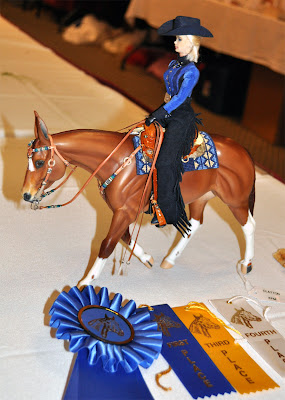 Stay tuned--English division photos will be uploaded before the end of the day!
Posted by Braymere at 10:58 AM