The Blue Skies Live Show was held yesterday at the El Paso County Fairgrounds in Calhan, Colorado.  You probably have not heard of Calhan and there's a reason.  It's a dinky town in the middle of nowhere.  Despite that, this is a really nice place to attend a model horse show.  The hall is big and bright and although the location is somewhat remote, it's not too terribly far from either the Denver Metro area or Colorado Springs.
Blue Skies was a big, multi-division show with a full performance division.  As per usual, the day started with the Other Performance division.  This is Jane Schneider's AA Haflinger resin competing in the Harness class. 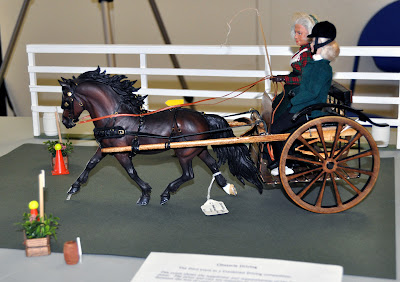 Performance shower extraordinaire Sandy Lyles made the trip from her home in Salida, Colorado.  Here she is readying her harness entry. 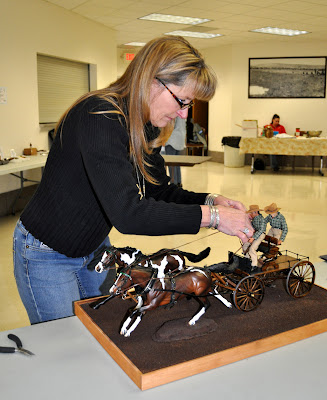 I hear these guys have a reputation for being the Brokeback cowboys. 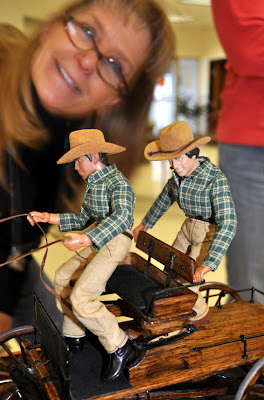 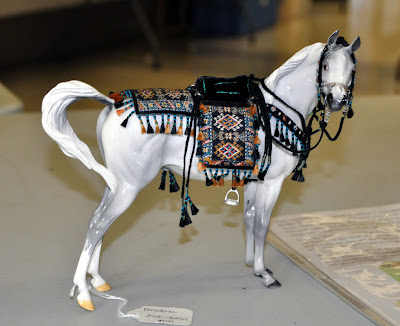 as did her cremello half Arabian. 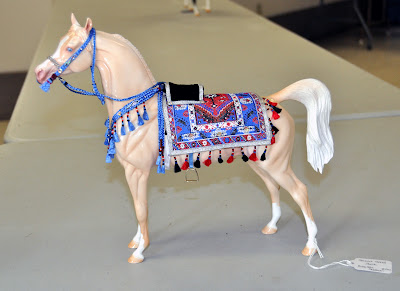 I did manage to get Tuscalero on the table for the Native American costume class.  He looked nice enough... 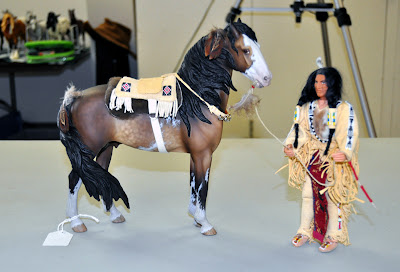 but really couldn't compete against Teresa's Lynda Gillette costume or 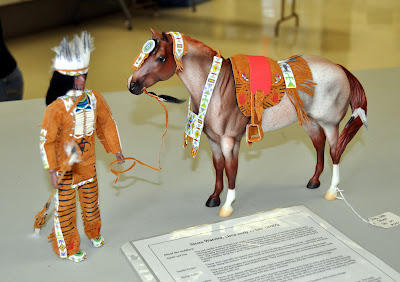 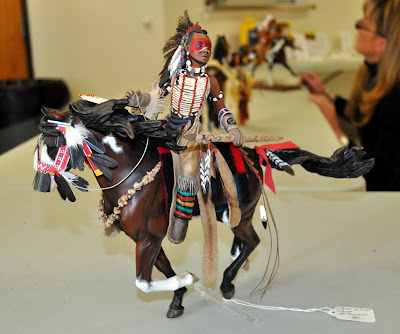 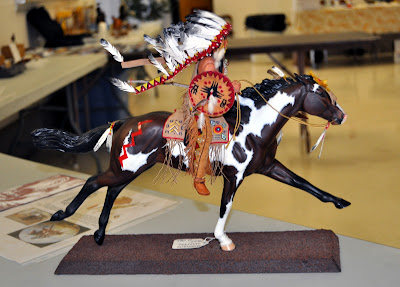 I never get tired... 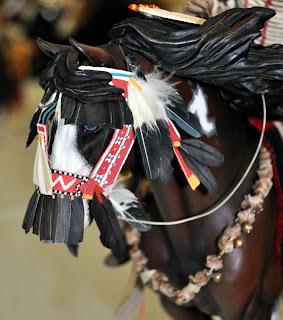 of these ladies' costumes! 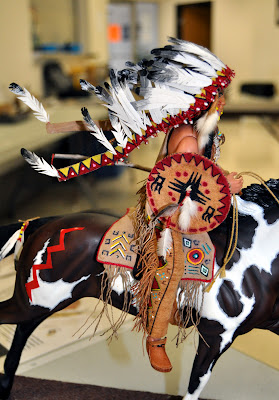 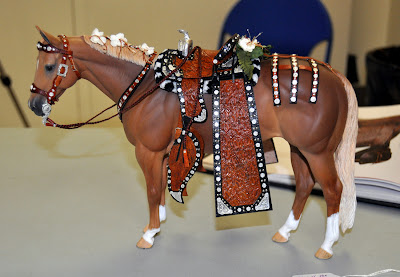 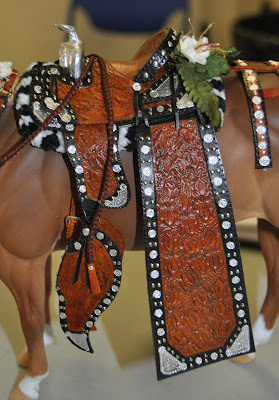 Other costume was next.  This is Sandy's entry. 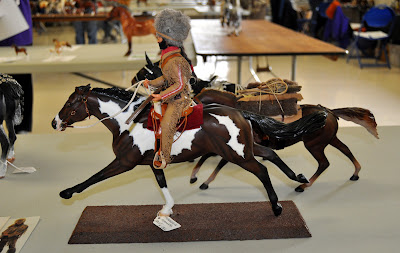 I love the mountain man! 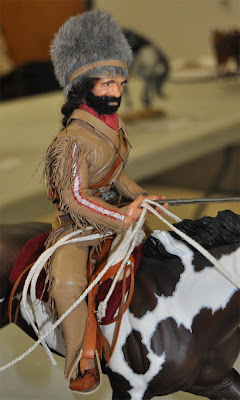 There are all sorts of goodies on the pack horse including a beaver trap and snow shoes. 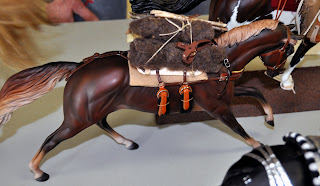 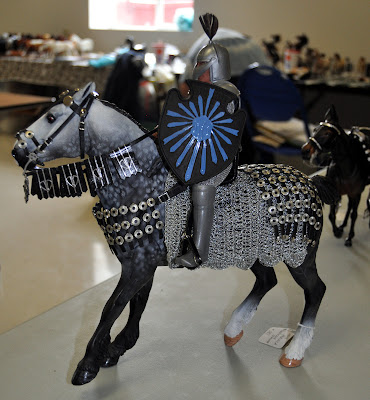 I had an unexpected entry in the Other Costume class.  This big boy is Regan's Vizcaya resin, Trovao.  Regan is downsizing her collection so he will be living with me for the foreseeable future.  Trovao placed second (behind Sandy's mountain man) giving me my first pink NAN card of the day. 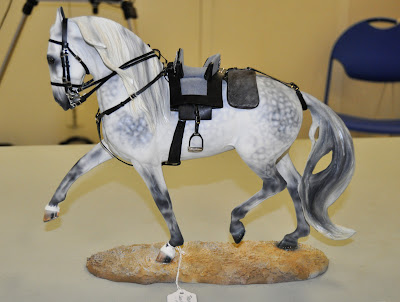 Other Performance was next.  Once again Sandy came away the winner, this time with her jousting entry. 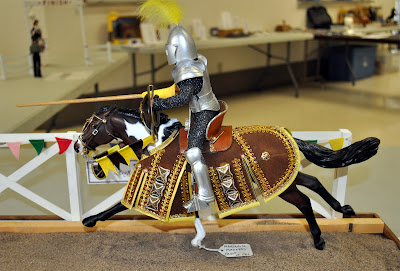 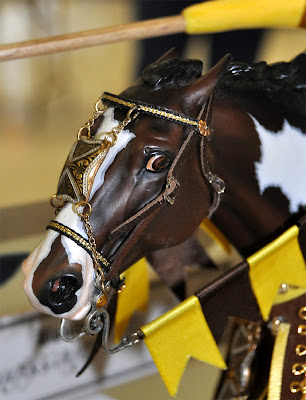 Emma's first outing of the day was this second place endurance entry. 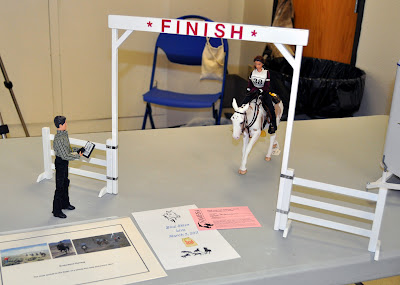 The division wrapped up with the Scene class, but those pictures will have to wait until next time.  With Sandy and Lu in the house, the Scene class deserves a post all to itself!
Posted by Braymere at 2:10 PM