SFTC Other Performance, part one 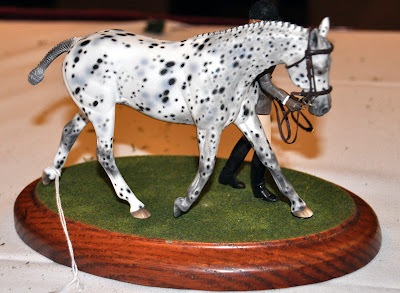 Karen Meekma's mule Clayton was back. 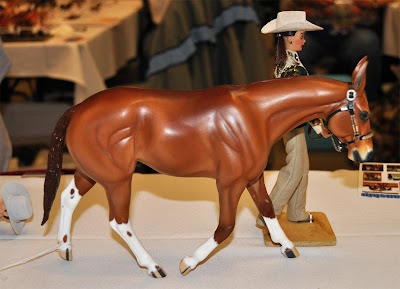 I love the detail in this handler's jacket! She was dressed by Darla Curtis and is owned by Karen. 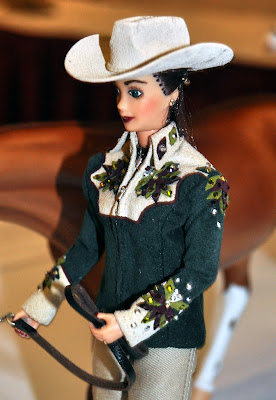 Karen's other horse, Leavem Zipped also competed in this class. 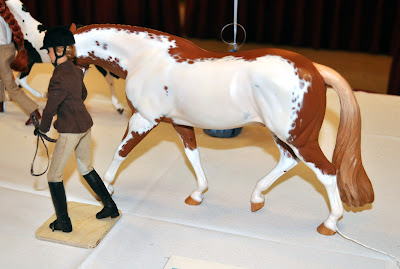 The Arabian costume class was next and it was huge.  I think there were seventeen entries! 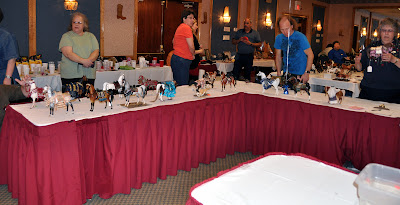 There were several desert scenes... 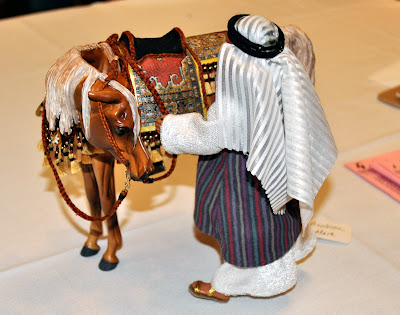 complete with Bedouins and Salukis. 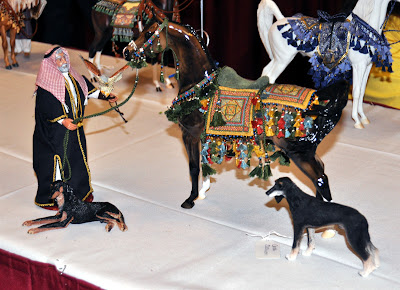 On the other end of the spectrum there were several nice showring style costumes... 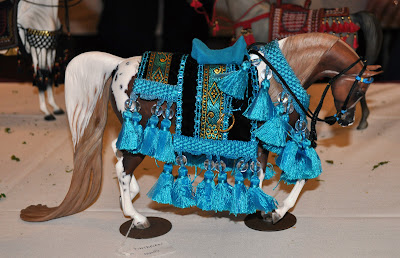 including this lovely pink and cream costume owned by Rosalie Deis. 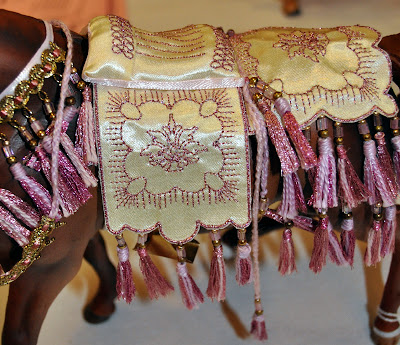 With so many outstanding choices, I found it exceedingly difficult to pin just four! 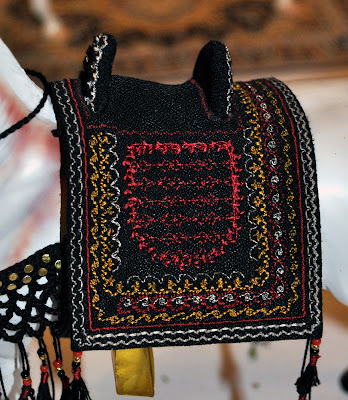 The peach costume on the crabby Stone Arab ended up winning second place... 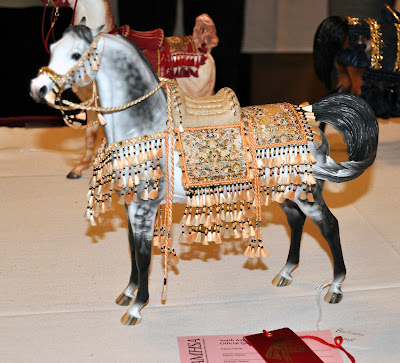 and the pink costume on the Moody resin won the blue. 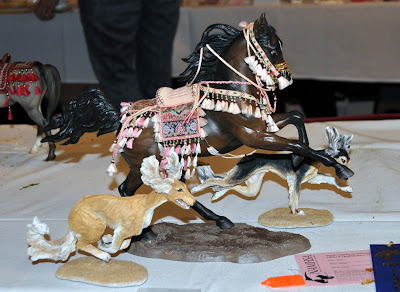 I just know you want a better look at the dog! 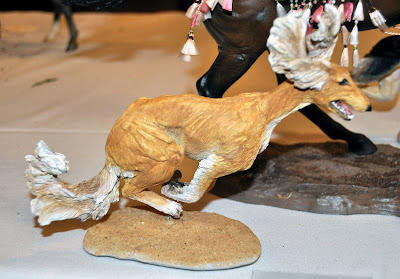 Other Costume was next and I finally got to see one of Vicky Norris' Charro saddles in person. If I'm not mistaken, this one was actually featured on my blog back in December 2009. 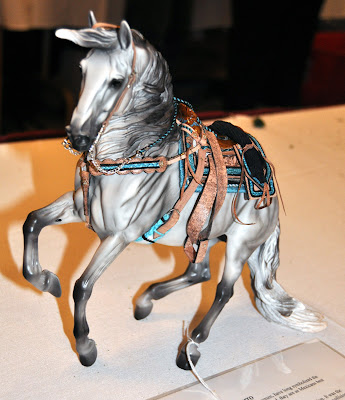 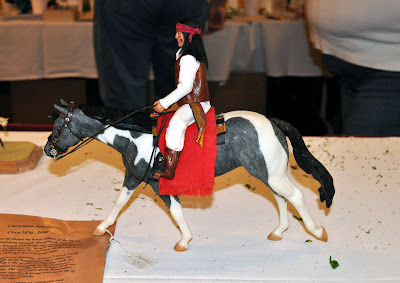 This one was my favorite and the class winner.  I don't remember who painted the Caldero, but he is owned by Karen Meekma and Lu Heater made the tack and customized/dressed the doll. 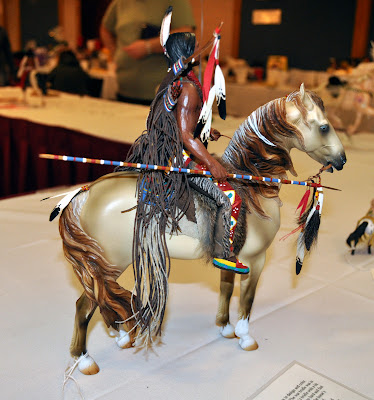 We're almost to the end of the Performance pictures--only Other Performance and Harness are left!
Posted by Braymere at 2:28 PM