Blue Skies Live wasn't just a performance show.  There were also six separate halter divisions.  Today's photos are from the Resin Halter classes.
The draft division was first and my day got off to a good start with BFF's second place in the Percheron/Belgian class.  The winner was a mini Scarlett owned by Carra McClelland and proxy shown by Teresa. 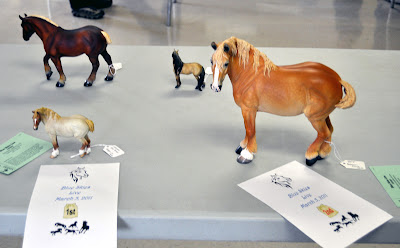 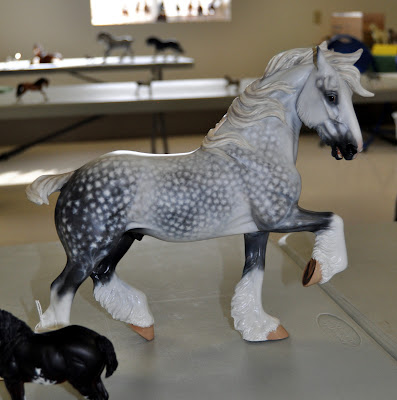 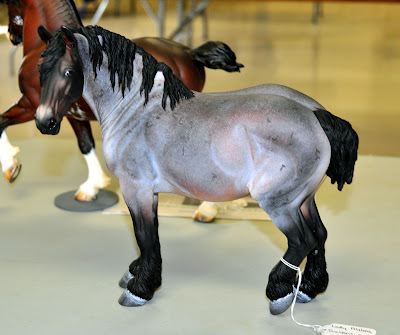 My Purdy mules in the Longears/Exotic class.  Jennibray was first and Emma was fourth. 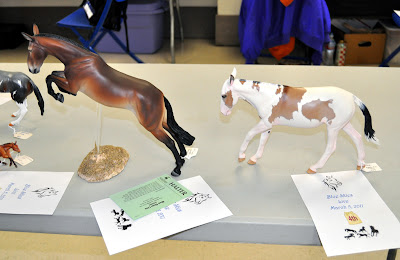 There were three Buxton horses on the draft callback table--BFF, Jennibray and Bangles.  None of them were named Champion, however.  That honor went to the roan Scarlett.  Carra's mini Scarlett was the reserve. 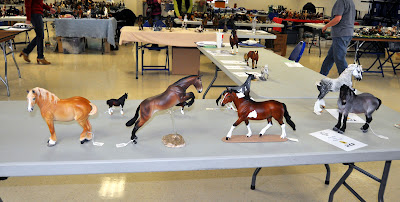 Stock breeds were next.  My Matriarch, Love N Stuff, won the Quarter Horse class but I was so busy looking at this lovely Octopussy that I forgot to take her picture! 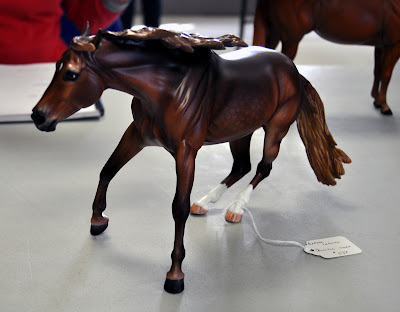 This is Surprise, an Eberl Carlito painted by Sheila and owned by Teresa Fedak.  Love him! 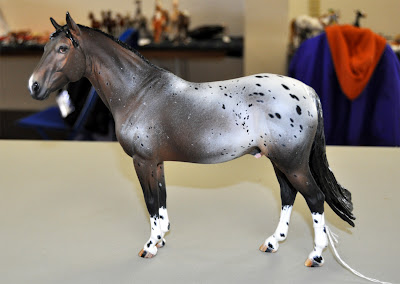 Another one of Teresa's horses in the Mustang class. 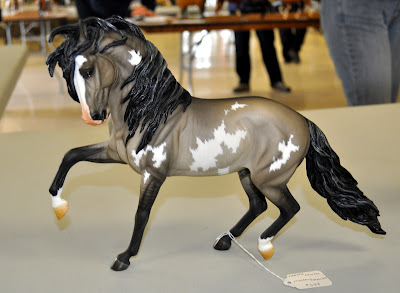 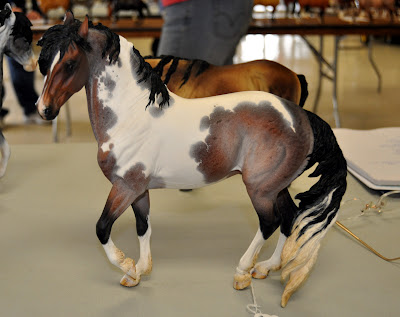 My own WarLord.  He didn't place, but I thought he looked pretty nonetheless. 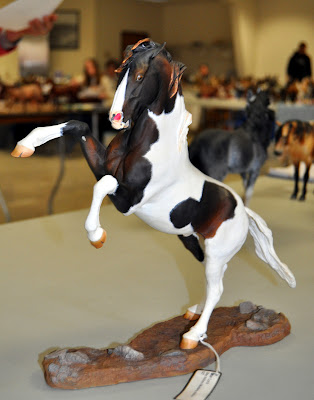 Onto the Sport Division!  My Valor resin sculpted and painted by Carol Williams won the Thoroughbred class. 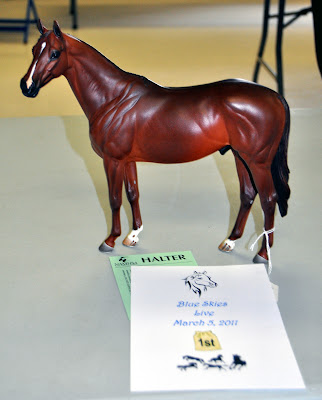 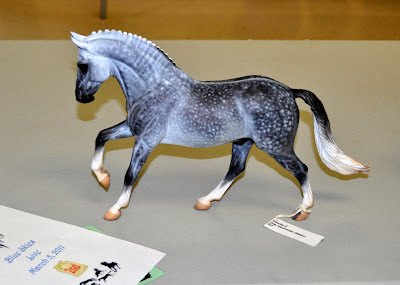 Navigant's multi-year no NAN card streak came to an end in the spotted Warmblood class.  Maybe now it's time to retire him! 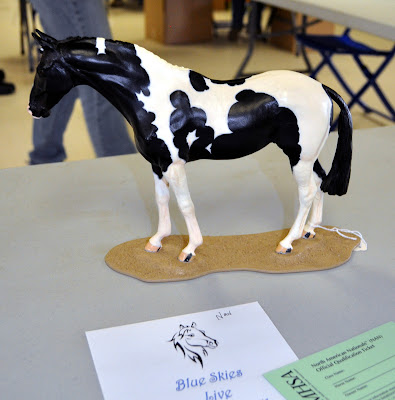 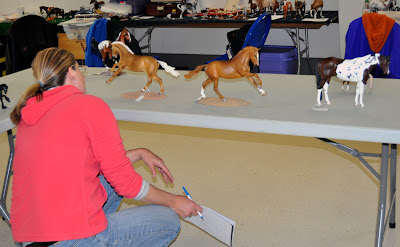 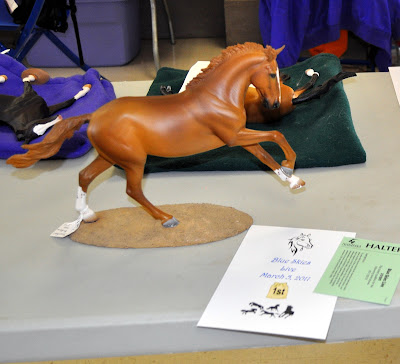 Teresa's Warmblood was named division champion with my Valor in reserve.  Light breeds, Spanish/Gaited, Ponies and Foals to follow!
Posted by Braymere at 11:33 AM