There were only three entries in the Scene class at the Blue Skies Live Show but all three of them were spectacular.  First up was Lu Heater's truck and trailer. 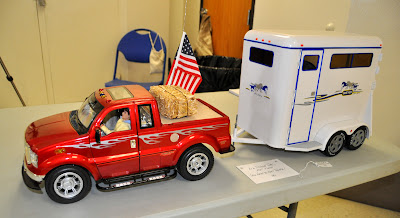 It's a Breyer trailer but that truck...  It actually works!  Lu "drove" it all over the show hall. 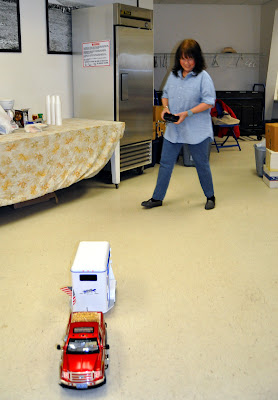 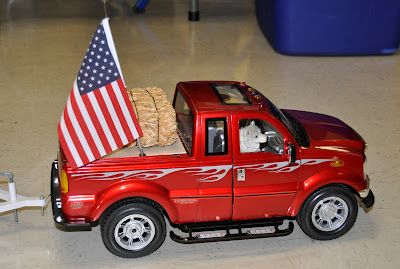 Sandy is so out of control.  Here she is setting up her famous saloon scene. 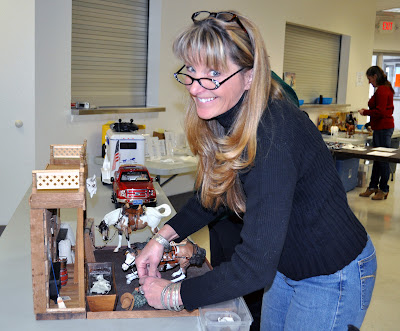 Front view--look at that bankrobber making his getaway! 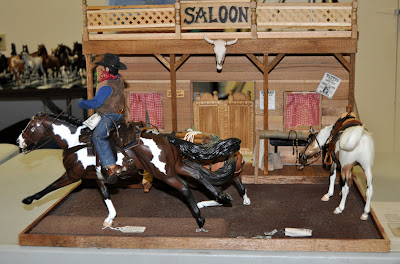 The gun shots spooked this horse so badly he knocked his handler into the watering trough. 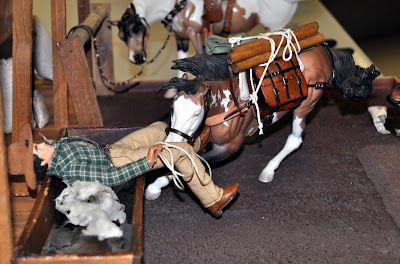 This entry is jam packed with tiny details including bullet holes in the windows... 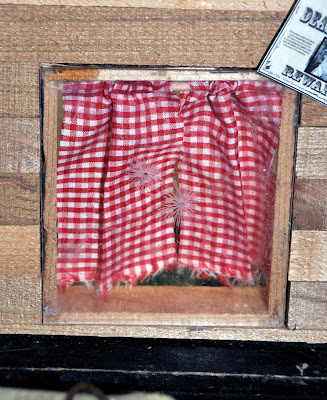 and period correct money on the streets. 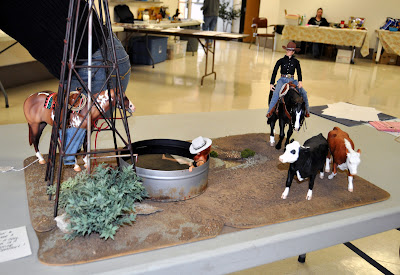 but there's something unusual lurking behind that windmill. 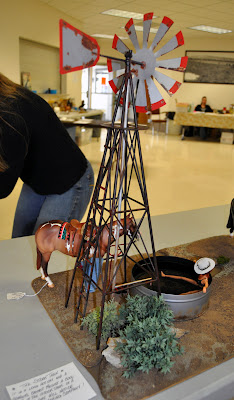 I'm not talking about that really cool Wade style saddle. 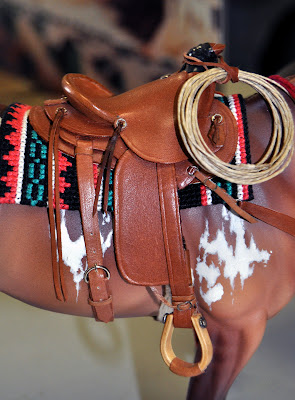 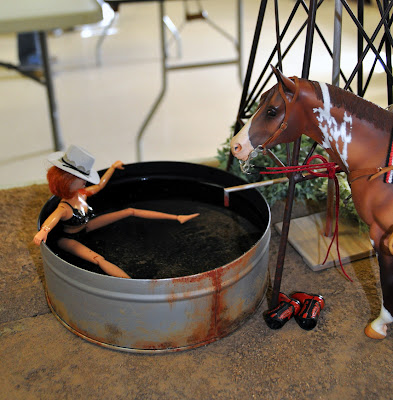 Please do not ask me which one of these scenes actually won the class.  I was showing in three divisions so I didn't do a very good job at keeping track of the placings.  Besides, as far as I'm concerned, this should have been a three way tie for first!
Posted by Braymere at 4:14 PM