English is my favorite performance divisions so I felt very lucky to have such a nice group of English set-ups to judge at last weekend's Show for the Cure in Itasca, Illinois.
The first class was a combined group of Hunter, Jumper and Cross Country entries.  This cute little mini hunter was customized and shown by D'arry Jone Frank. 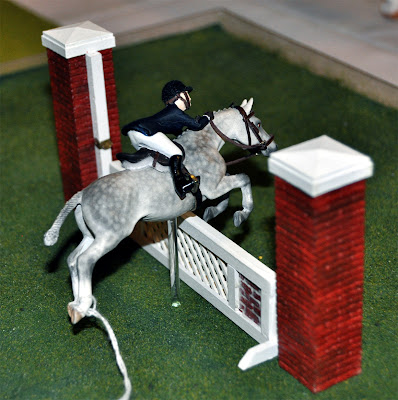 There were two separate jumper entries... 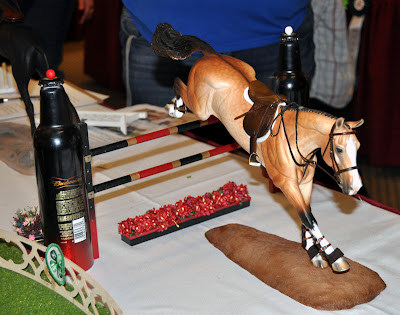 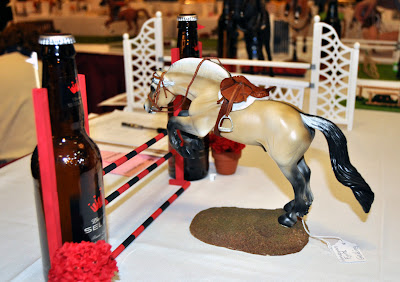 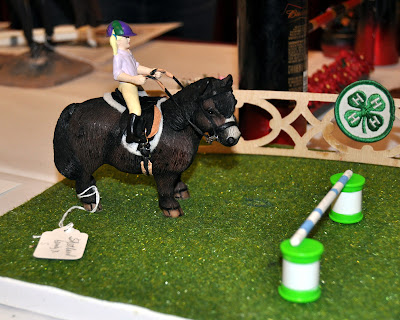 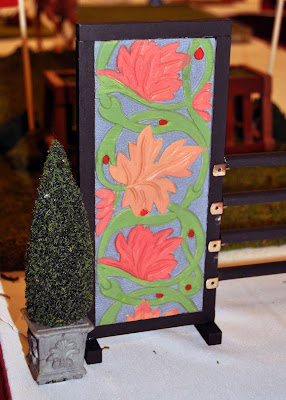 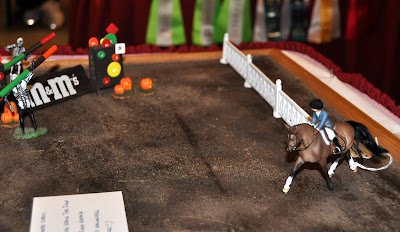 Here's the documentation.  One thing I did not like about this show is that the classes were only placed to fourth.  I do understand the reasoning behind this, but I hated leaving so many nice entries unacknowledged! 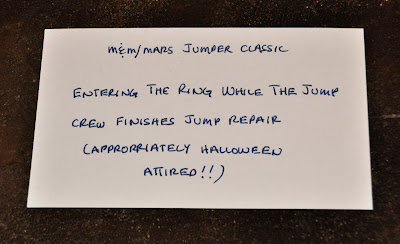 Other English was next.  This was another big class with entries ranging from fox hunting... 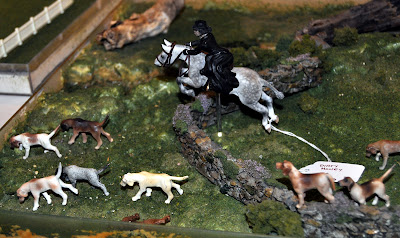 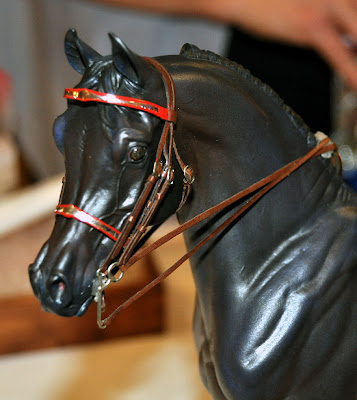 Strangely, the Dressage class came up right smack in the middle of the English Performance schedule. 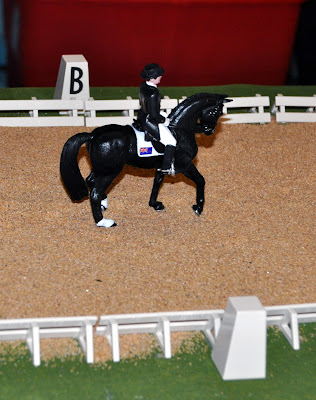 D'arry's little Thrillseeker changed out of her Hunter clothes and won the class with this upper level set-up. 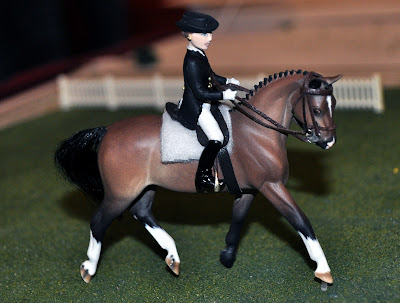 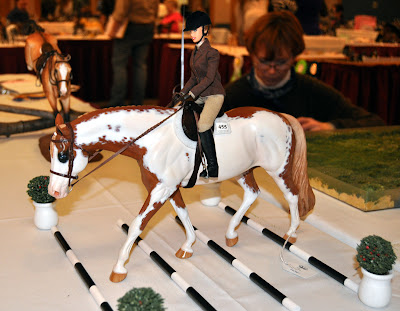 Another trot poles entry--this one belonged to Manuela.  The tack was made by Anna Kirby and without a doubt, it's the nicest stablemate scale English tack I've ever seen. 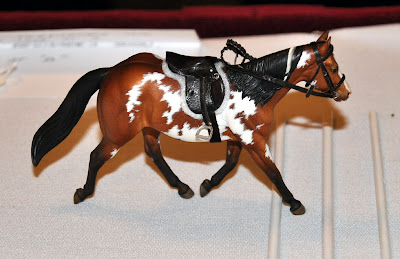 The division ended with Huntseat Pleasure. 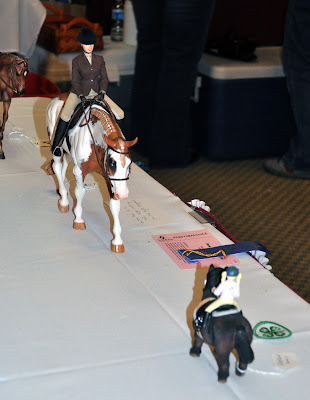 If I recall correctly, the Pleasure class was won by Karen's Leavem Zipped who was also named the English division Reserve Champion. 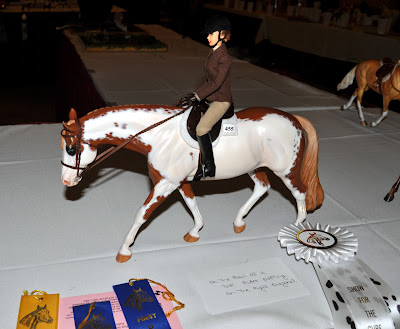 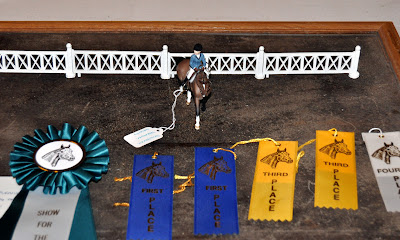 Other Performance is next and then it's on to the Resin and Custom halter classes!
Posted by Braymere at 4:45 PM