As much as I enjoyed judging the performance classes at the Show for the Cure, I also found myself looking forward to the times between classes.  While my exhibitors were busy preparing their entries... 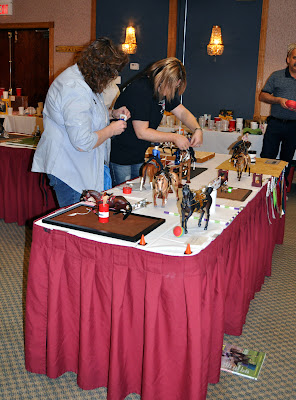 I would wander over to the Resin Halter and Custom Halter rings where there was no end of beautiful things to ogle.  These first two horses were both sculpted by Lynn Fraley. 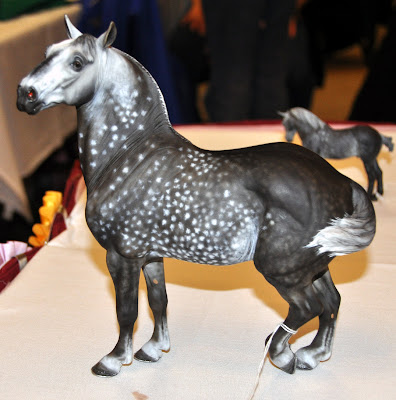 This one was also painted by Lynn and is owned by Elizabeth LaRose. 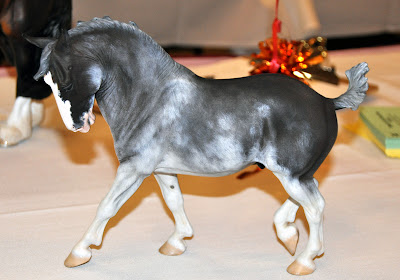 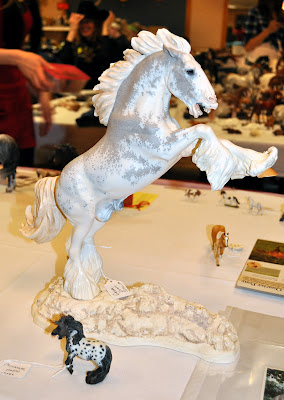 I just know this lovely mule wants to move to Colorado and join my string of multi-talented performance mules. 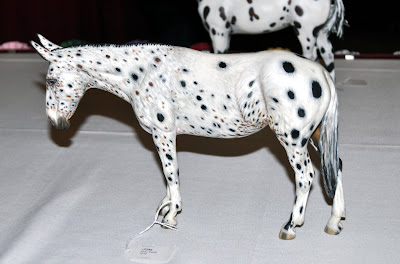 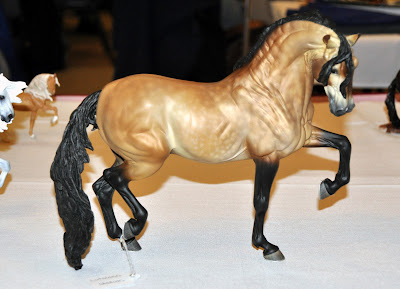 Another nice Fraley.  Lynn's work seems to be especially popular among collectors in the Illinois/Wisconsin region. 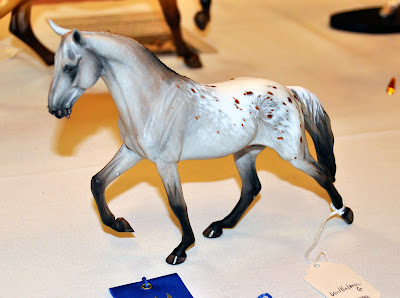 All the resin halter classes were really tough.  At home, the Saddlebred class usually has less than five entrants.  Not so at the Show for the Cure!    Among other things, the judges had to choose between multiple copies of Dozen Roses resins... 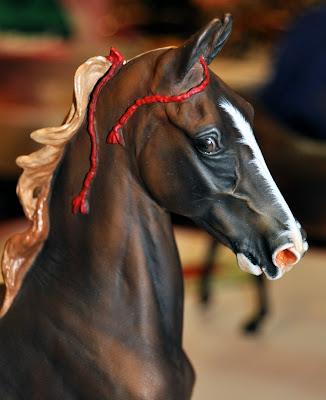 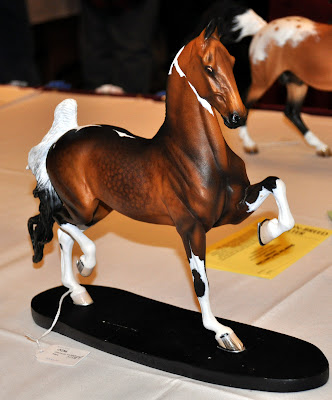 and at least one Miss America. 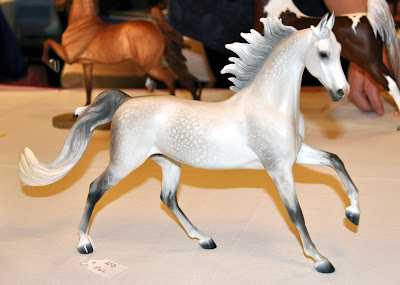 And just look at the Arab class!  This was only part of the table. 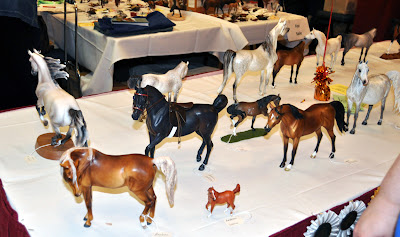 This was my first time to see an Eberl Sushi in the flesh.  Not surprisingly, I want one! 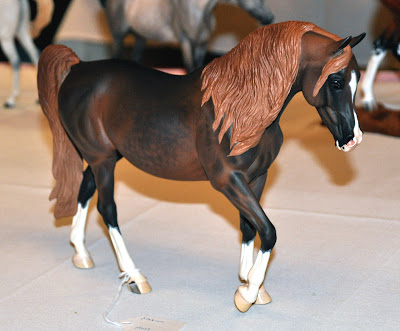 Of course, I would be equally happy to give Liz LaRose's Oksana a home.  Oksana is an Eberl Lajjina painted by Carol Williams.  The detail on this model was just amazing. 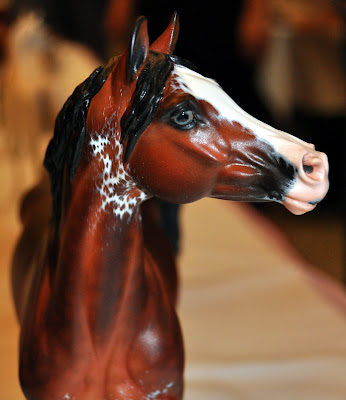 Of course, it wouldn't be an Arab class without at least a few greys. 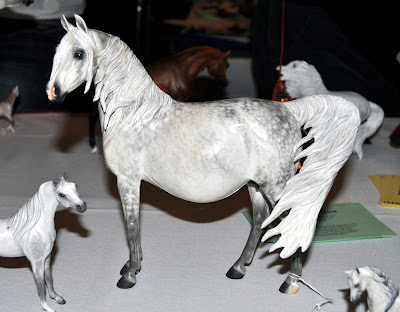 If I'm not mistaken, this Sarah Rose Rasam was owned and painted by Karen Beeson. 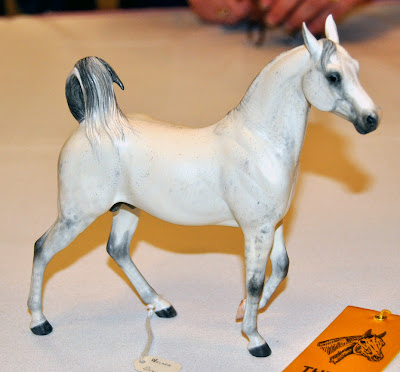 I honestly don't know how the judges narrowed it down to just four, but this Eberl Jamil by Kate Schick came away with one of the top prizes. 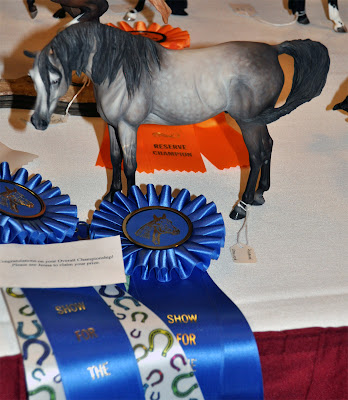 This pretty Azham was entered in the Half Arabian class.  Perhaps his owner thought the competition would be a bit easier there... 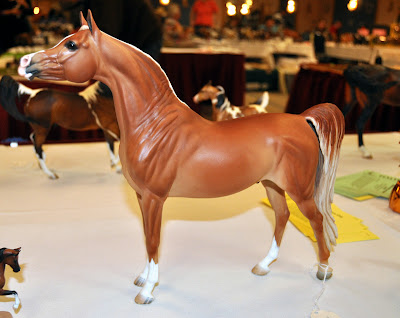 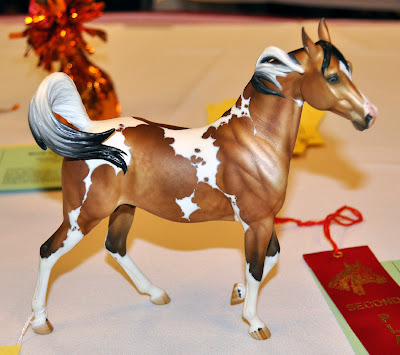 Another half Arab, this amazing Appaloosa Ziryab is owned by Rosalie Deis and was painted by Billie Campbell. 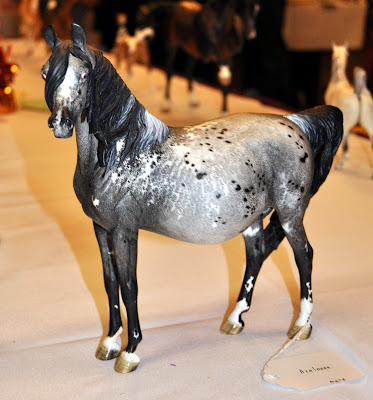 More amazing horses to come!
Posted by Braymere at 1:57 PM