The Jennifer Show had three separate performance divisions: Regular Performance, Performance Challenge and Jackpot Performance. Of these, the one I was most excited for - and worried about - was the Jackpot Performance division. Consisting of just five classes, this was a division without a cumulative Championship at the end. Instead, each class was like a championship in and of itself. Every entry got a prize, and some of those prizes were really big. I hoped this would encourage people to get out of their comfort zone and try something new. Pre-show chatter indicated that was happening, but I didn't know if it was really going to work until the first Jackpot class, Big Dreams Performance, was staged. 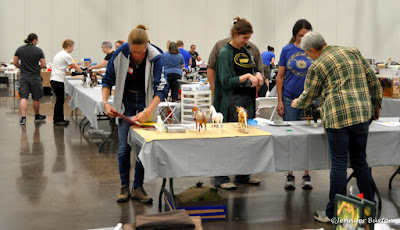 I'd envisioned this as a class for performance entries that were not quite complete. 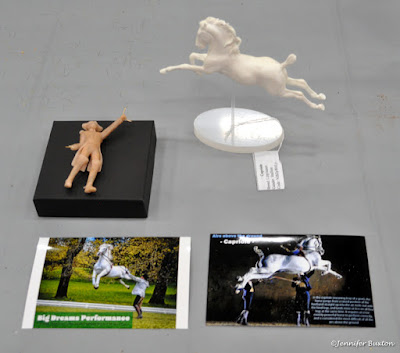 Entrants were encouraged to bring up as many pieces of their project as possible, including reference pictures... 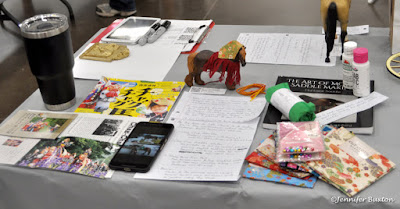 I enjoyed reading everyone's descriptions of what their entries would look like someday. 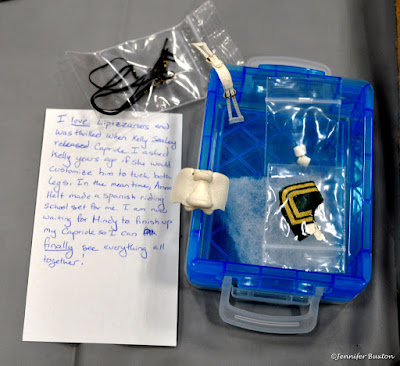 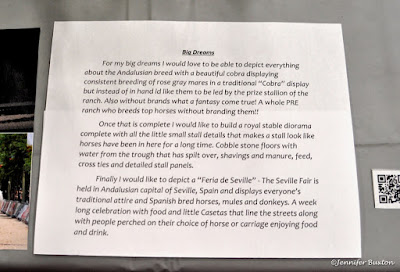 Bobbie's giant Stagecoach Project was there in all its amazing and ridiculously ambitious glory. 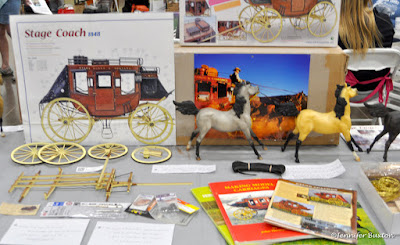 This was actually one of the main inspirations for this class.
Sue Rowe filled up a wagon with long abandoned tack projects.
It was a cool idea, but as a tack maker with a backlog, this one hit a little close to home. 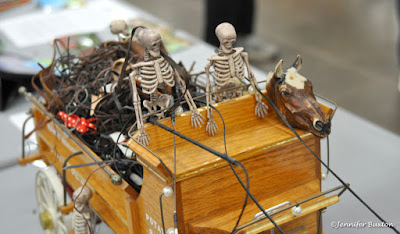 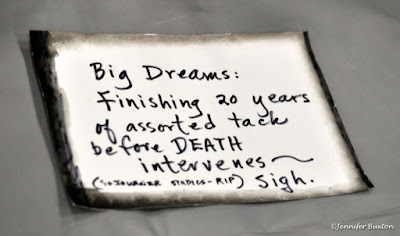 One thing that really stood out was how personal a lot of these entries were. Teresa Buzzell's included a custom doll and saddle pad with her real life barn's name and colors, 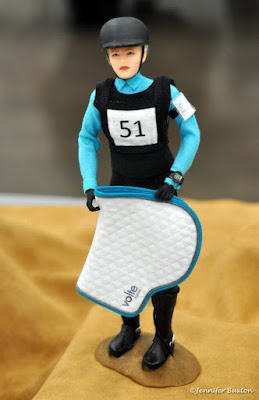 Jackie Rossi has Zelda Breath of the Wild ambitions beyond what we saw at Candyland, 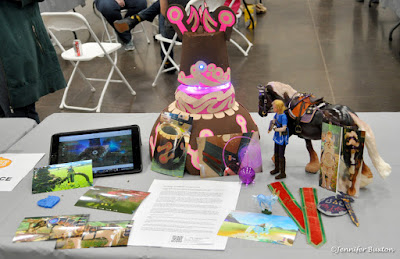 Barb DiAnnibella, who once wrote a three part guest blogger series on harness racing, has a really neat mini Standardbred set-up in the works....
and Andrea Brygidyr is working on a Samurai horse project. 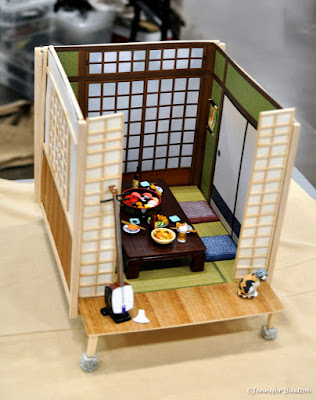 I hope this one gets finished. It's going to be really neat. 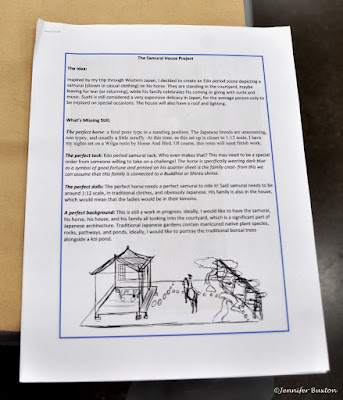 Of course, some people went a different way the Big Dreams prompt. 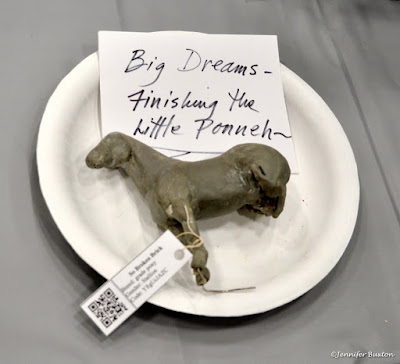 One of Niki Hertzog's entries featured a little girl and a little horse dreaming of what they would be when they grow up. 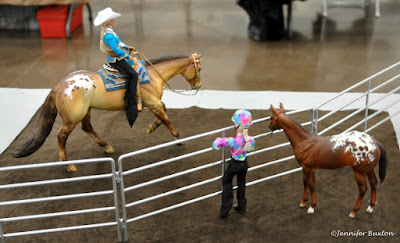 Her other entry was a tiny horse dreaming about being a big horse! 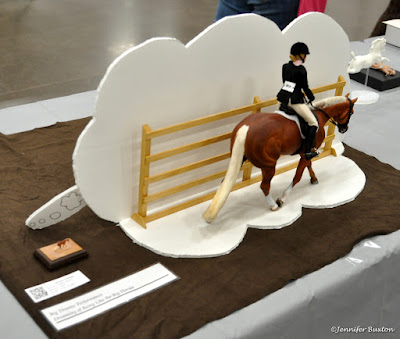 I am happy to report that the Big Dreams class exceeded my expectations. Every single entry was amazing... 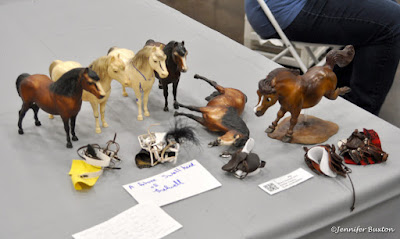 and it is my most sincere hope that some of these projects actually do get finished. 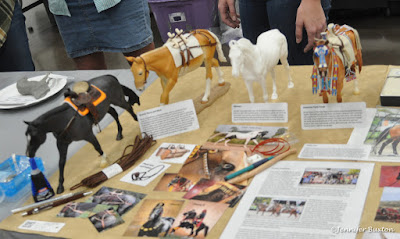 I believe in you, Alicia! 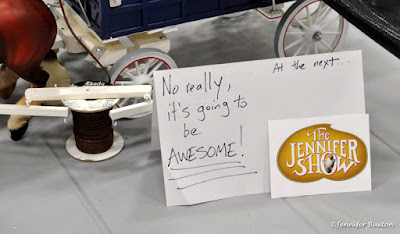 I can't promise there will be another Jennifer Show, but if there is, I want to see some of these set-ups finished and showing in the regular performance classes. Make those dreams a reality! I believe in all of you!
Posted by Braymere at 4:24 PM