Like a lot of other people, Christie Richardson was absolutely convinced that I had chosen Thunder to be the Jennifer Show Performance Challenge model. 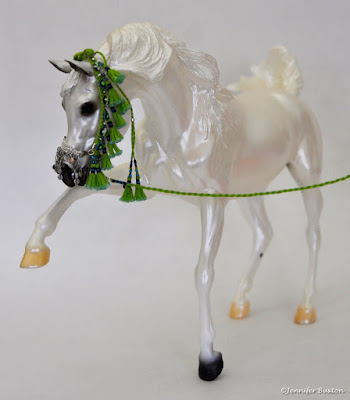 She was so convinced, in fact, she bought this beautiful halter by Missy Halvas just for him. 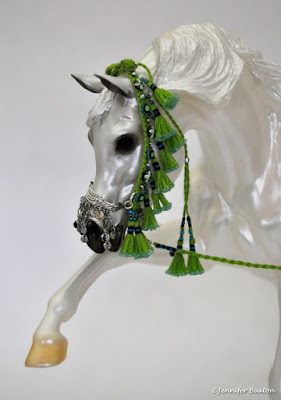 She used the halter in the regular performance division on Saturday, but mostly, it was part of her Sunday survival package. 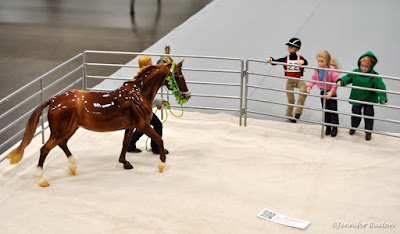 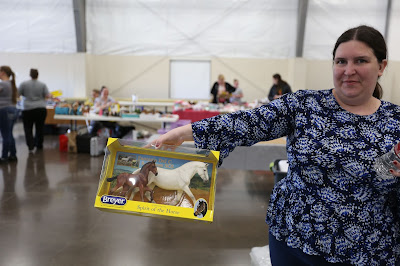 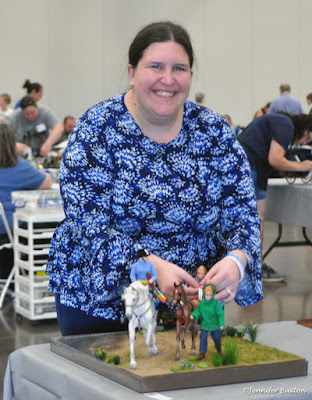 She showed the crap out of that mare and foal. 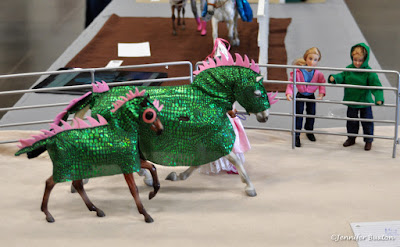 And at the end of the day, she gave me that halter. 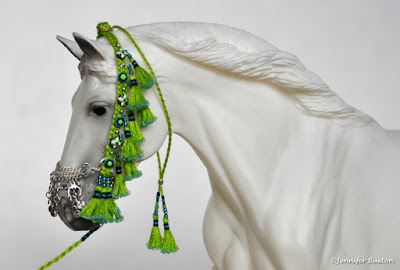 It looks better on the mare than it does on Thunder, but I like it on the baby best of all. 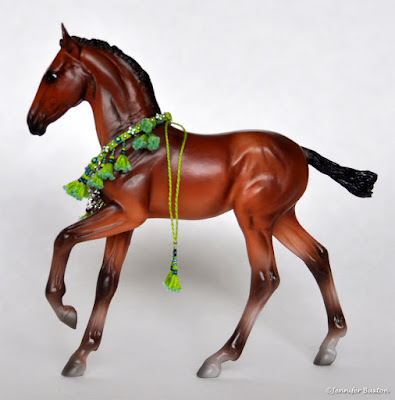 Thank you so much, Christie. You're a good sport and a good performance shower, but above all, you're a really good friend!
Posted by Braymere at 3:54 PM

Labels: hobby people, my tack collection, Tack by other tackmakers, The Jennifer Show