My friend, Bobbie Allen, just moved back to the United States after spending four years in Japan. I saw her at BreyerFest, and she told me that she might not be able to donate to the Jennifer Show this year.

"Everything is up in the air," she told me. "My studio is in a shipping container somewhere, and we don't have a house yet."

I told her, it was no problem. No one - not even my closest friends - is obligated to donate. Plus, I knew something Bobbie didn't: She'd already donated!

Back in 2017, I took a lot of Bobbie's saddle stands to BreyerFest to sell. A couple of them broke in transit. I fixed them eventually, but not until after I'd returned the other unsold items. I put these aside, and then, I kind of forgot about them. Voila! Instant donation! 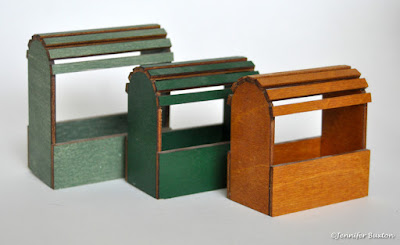 I added a nameplate to the biggest one... 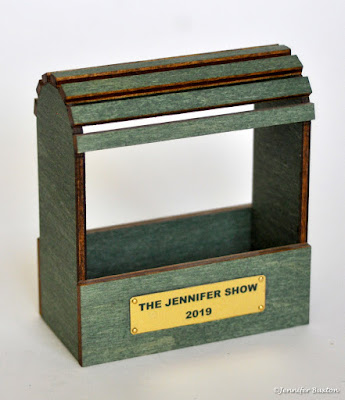 and it will be part of the free exhibitor raffle set. 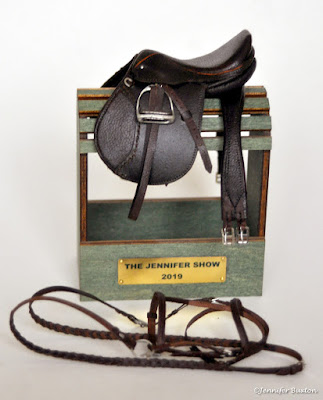 Thank you so much for your generous donation, Bobbie, and congratulations on the purchase of your new house!
Posted by Braymere at 8:51 AM