I am feeding Chino this weekend.

It's a responsibility that comes with riding privileges, so I asked James if he would like to go riding with me on Sunday. He said he would depending on how the day shaped up, which is code for as long as it's not too early or too hot. I looked at the forecast and adjusted my expectations accordingly.

The next night, James missed his curfew. I was wide awake having a full-fledged Jennifer Show panic attack, so I met him at the door a full fifty two minutes after midnight.

He asked me what his punishment was going to be, and then before I could answer, he said, "And I'm definitely going riding with you on Sunday."

For the record, riding Chino is not a punishment. It is a privilege and should be viewed as such. I was tempted to argue this point, but I decided to let it go because yay! I really like riding with James.

So that's what we did today. 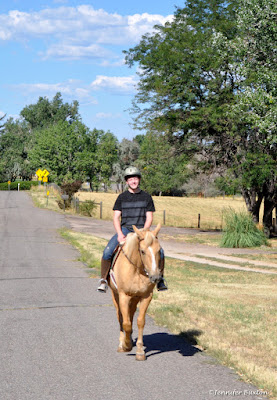 We were joined by Karen on Thunder, Mary Jo on Scarlett, Steve on Sonny and Claire on Doodle. 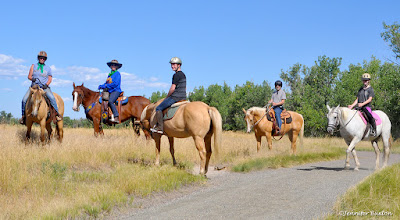 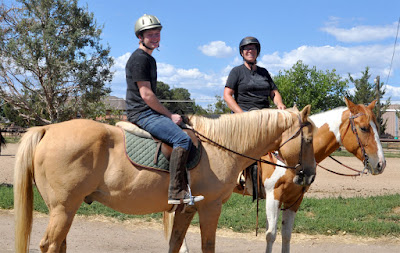 We left early because it was really, really hot. 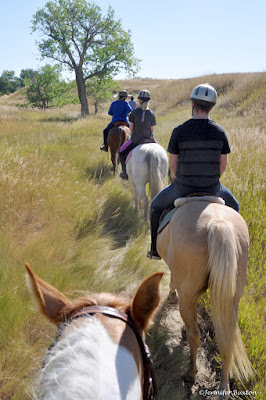 We met a few cyclists... 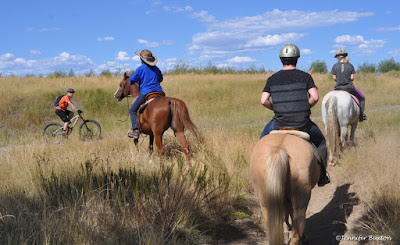 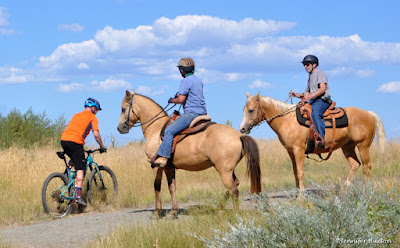 but mostly the trails were ours alone. 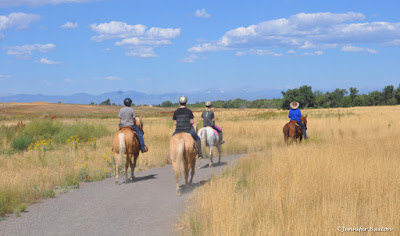 It was so hot. 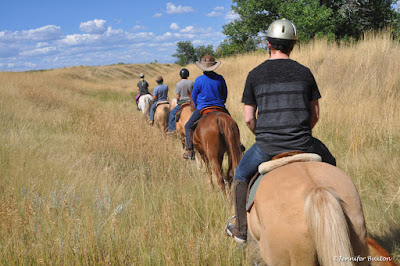 Everyone was flirting with heatstroke, so eventually, we dropped down into the river bottom... 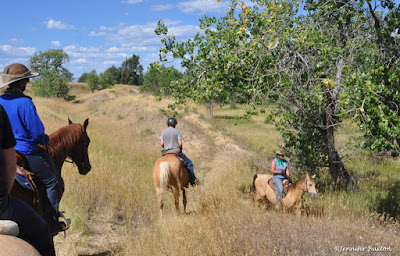 and rode home in the (relative) shade. 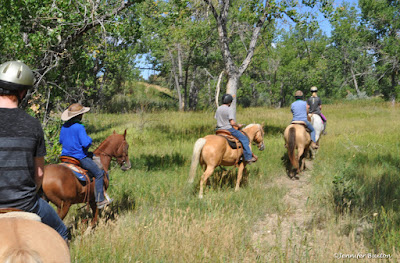 Despite the heat, this was a fun ride, and I'm glad James joined us. 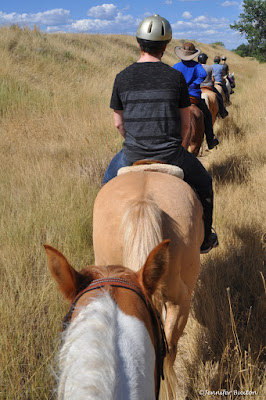 But one more time for the record: Riding Chino is not a punishment!
Posted by Braymere at 7:01 PM