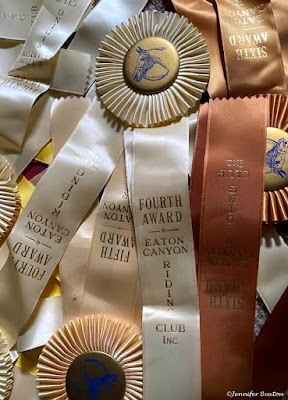 These are my real horse ribbons. They represent the first four years of my riding career, when I was a young, once-a-week lesson kid without show clothes, trying so hard to keep up with my better funded, better mounted and better dressed peers. There's a lot of tough memories in this pile of satin! 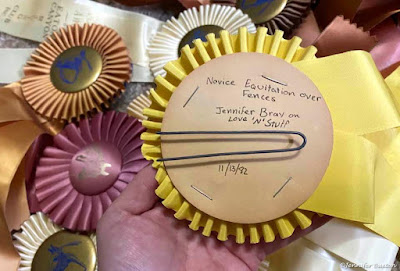 Most of these ribbons were won on school horses or borrowed horses, but these five are different. These were won on "my" pony, Cinnamon. 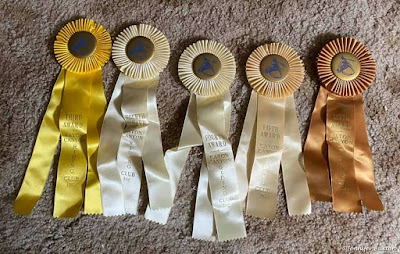 Cinnamon was a camp pony who had been leased to one of my classmates for our eighth grade school year. Dawn lost interest almost immediately and handed the reins over to me. I rode Cinnamon almost every day from December to June, and in true storybook fashion, our last week together was punctuated with a show. 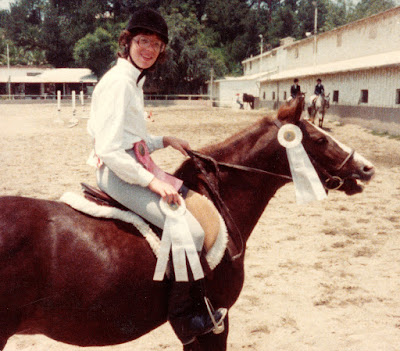 I was really excited about the show. I entered five classes - which is all I could afford - and convinced my friend, Lori, to come and take pictures of me. Lori ended up loaning me money for two additional classes. She was a good friend! 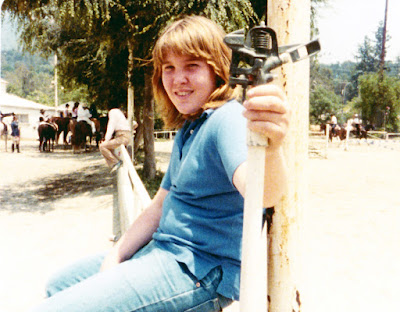 Our first class was Hunter Hack. I was very nervous, and it showed. We only cantered on the right lead in the flat portion and had a refusal over fences. Suffice it to say, we did not win a ribbon. 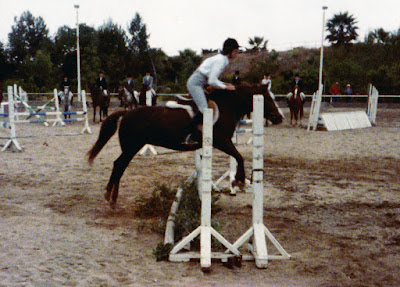 Beginning Hunters was next. I'd gotten my nerves under control, and we had a speedy but clear round. 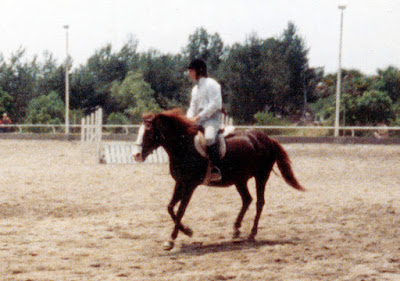 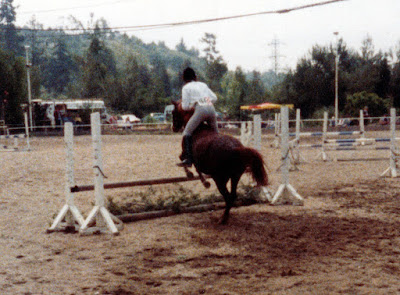 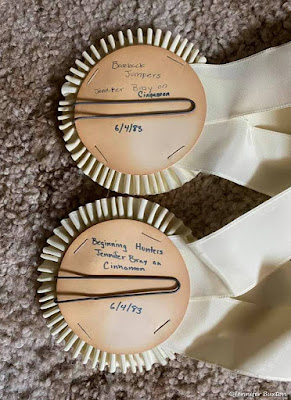 Our next class was Huntseat Equitation 14 and Under. According to my journal, I rode the entire class "on Cinnamon's neck." The combination of a mutton withered pony, a too long girth and a poorly fitted saddle made things pretty uncomfortable for both of us. 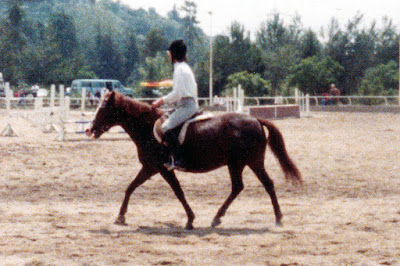 Somehow we got fifth out of eight. Not great, but not terrible considering. 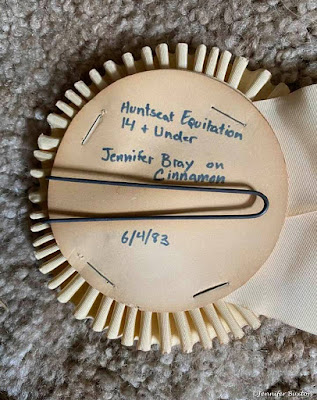 Our last show class was Open English Pleasure. I'd reset the saddle, and Cinnamon was as good as she could possibly be. I was sure she was going to place really well. 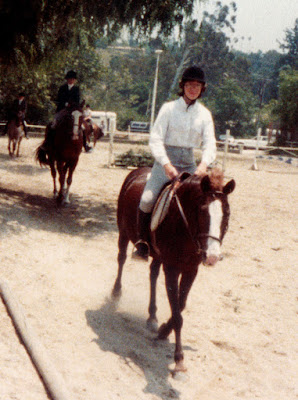 She got sixth. It's hard to be a little camp pony in a field of actual show horses. 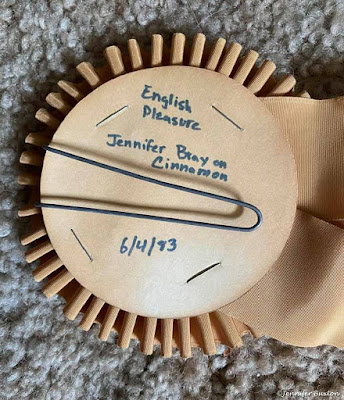 At this point the formal part of the show was over, and the gymkhana classes began. I switched Cinnamon into her Western camp bridle. 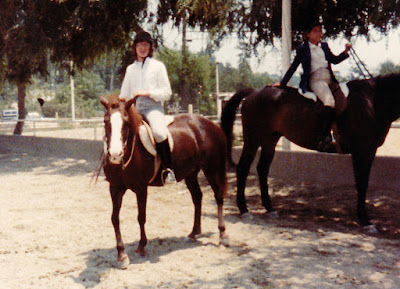 The first event was an elimination Tag class with eighteen entries. I had not yet attended the Tom Sawyer Camp school of brave and crazy riding, but I did my best and placed seventh. The eventual winner was a slightly older teenage girl and her varnish roan Appaloosa pony, Little Shasta. I idolized this pair. 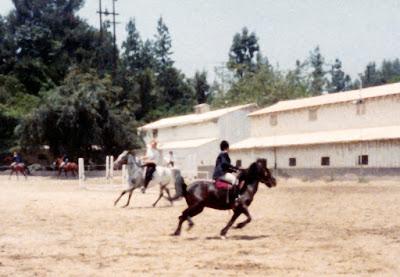 Our day ended with a Toilet Paper Pairs class. I didn't have a partner lined up so I was paired with a lesson kid on school horse. Fred was solidly a foot taller than Cinnamon, but we made it work. 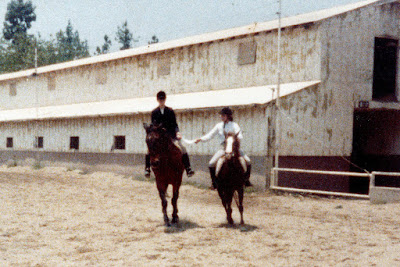 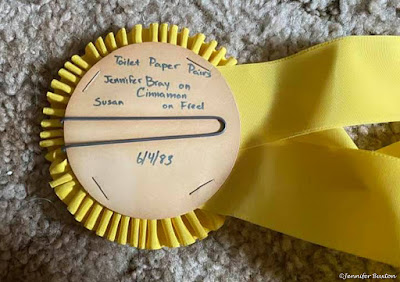 All told, Cinnamon and I competed in seven classes and won five middling ribbons. It wasn't  the fairy tale blue ribbon day I'd dreamed of, but it was still a nice ending to our time together. 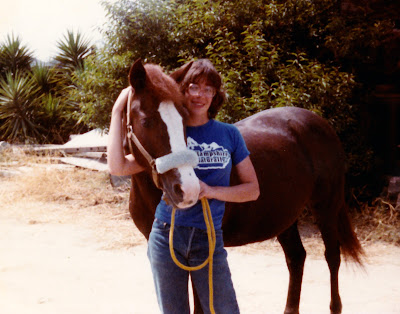 Four days later, I loaded Cinnamon on a trailer and took her back to the camp.
Posted by Braymere at 3:01 PM