The barn with no adults

Keeping a horse in Los Angeles County has always been an expensive proposition. At the end of the 1983 summer session, Tom Sawyer Day Camp moved their eight unleased problem horses to the cheapest boarding stable they could find--Siason Stables in Duarte, California. 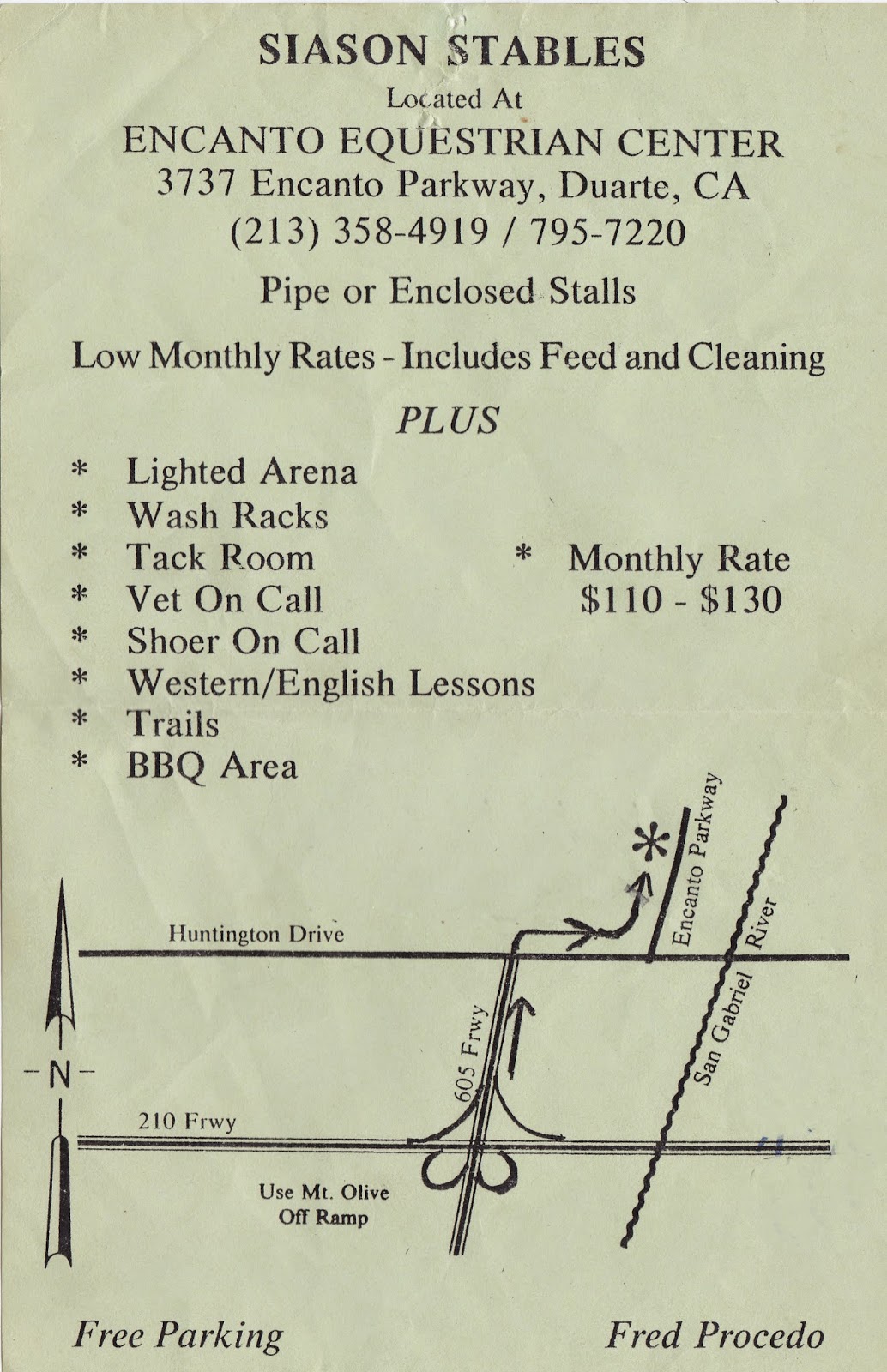 Located right at the base of the San Gabriel Mountains, Siason was the blue collar division of a much larger and fancier equestrian center.

The two stables shared an owner and location but nothing else. The people who rode at the fancy barn owned expensive horses, took lessons and went to shows.
The people who kept their horses at Siason were an entirely different breed. Not only did they spend less money on their horses, they also spent a lot less time. In fact, there were entire weekends when Laura and I were the only riders on the premises.
Despite that, the facility itself was pretty nice.
There were a couple of shedrows of enclosed  box stalls, plus a number of partly covered pipe corrals.

All the camp horses but Tiger, who was being leased by Laura, lived in a little pasture at the bottom of the hill.
The arena wasn't ideal. It was level, but small and egg shaped with a tree growing inside it.
That didn't matter much, because the trail access was spectacular.
Oh, there were so many places to ride! We had mountain trails, city bridle paths and all of the area along the San Gabriel River.
This is a map I drew of all the places we rode. We covered a lot of ground!
The more we rode, the more adventurous we became.
And with no adults to keep us in line...
we went a little crazy.
It was stupid and bad, but also so much fun!

Unfortunately, all this freedom came with a serious price tag. No grown-ups at the barn meant no accountability for stable management. Corners were cut, and horse care suffered mightily. Like rats from a sinking ship, boarders started leaving. By early 1984, there were less than twenty horses living at Siason Stables, including six belonging to Tom Sawyer Day Camp.

(Pat and Cindy had been leased over the winter and poor, blind Poka Tia had been put to sleep).

Snickers and CB were fine. They were the kind of tough little ponies that could probably survive a nuclear holocaust.
Tiger was also okay. Laura's parents were paying his board, so he wasn't having to compete for food in the pony pen.
The other three horses fared less well.  Bill and Cowboy lost so much weight, the ASPCA was notified. Eventually, they were loaded up and sent elsewhere to be nursed back to health. Chief wasn't that bad, but he wasn't that good either. Sheri, the Tom Sawyer staff member who'd approved his purchase, ended up taking him to San Diego with her for the remainder of the year.

This left me with CB and Snickers, which wasn't altogether surprising. Somehow I'd always known it was going to come down to just me and Snickers. 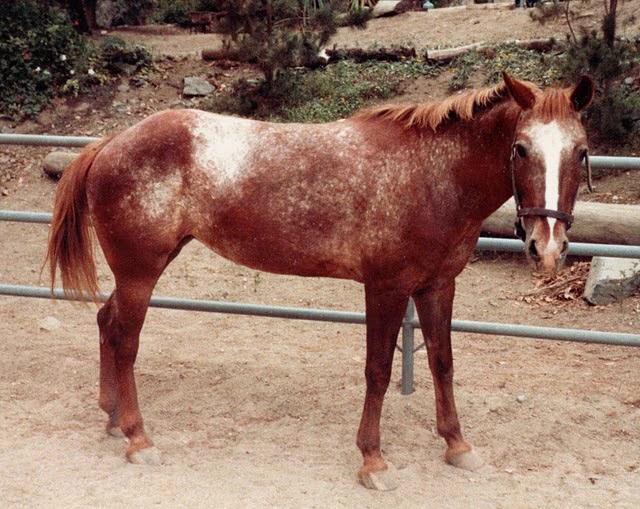 To be continued.
Posted by Braymere at 11:14 AM