From TJS, with love

Hydration is important, especially at altitude, so a couple days before the Jennifer Show, Angelo and I went to Costco and bought a mountain of water bottles. This is not even half of them. 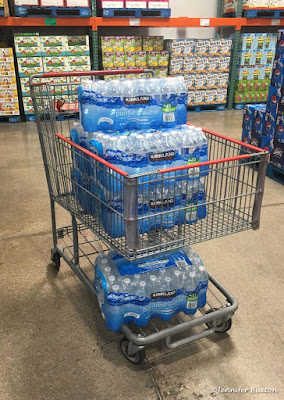 We knew it was going to be two long, hard days of showing, so we stacked those water bottles next to the hospitality table and encouraged the showers and volunteers to help themselves.
In retrospect, it probably would have been better to place the bottles on each entrant's table. With so much going on in the show hall, a lot of people never made it to the hospitality table. At the end of Sunday, we still had most of the water. Some of it ended up in my garage, and there it's sat, for months on end.

Last week, Ryan and I were watching coverage of the protests in downtown Denver. It's been very hot here, and the newscaster mentioned that organizers were asking for donations of water and snacks. Ryan looked at me and said, "That's what we need to do with the Jennifer Show water."

Yesterday, we packed it up and took it to Capitol Hill. 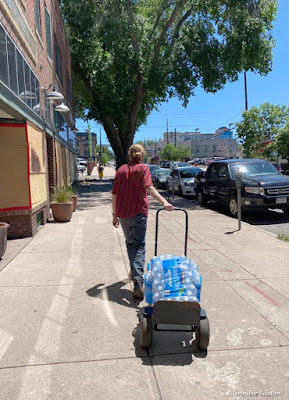 It's always busy downtown, so we had to park a long way out and walk in. 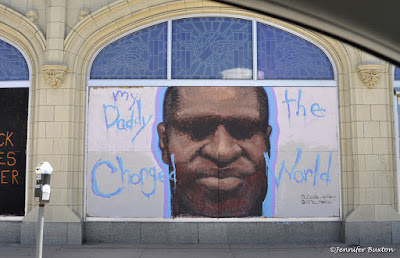 I took pictures as we walked. 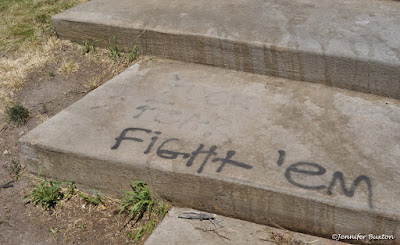 There were a lot of signs... 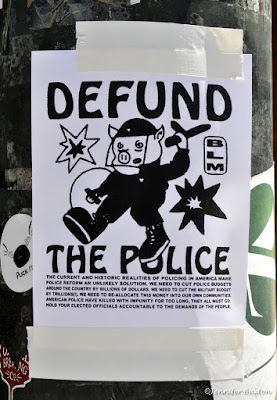 and a lot of graffiti. 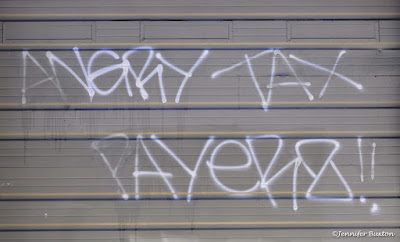 There are also some broken and boarded up windows, but less than you'd expect from watching tv. 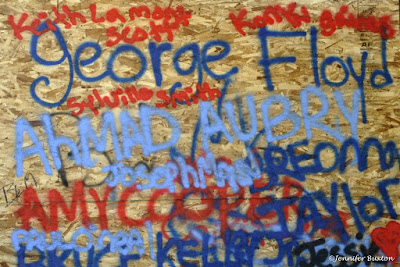 Actually, none of it looked like the scary, apocalyptic scenes we've all seen in the media. 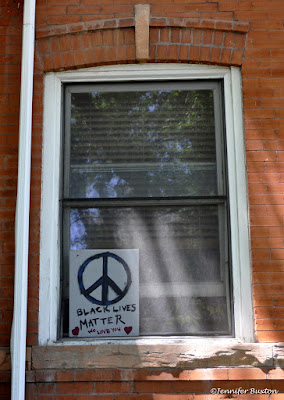 It  just looked like Denver. And I do love Denver. 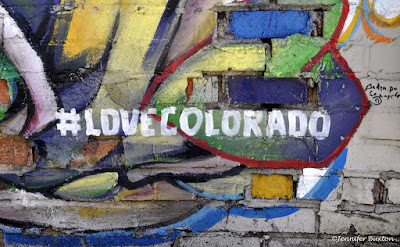 Finally, we reached the capitol. 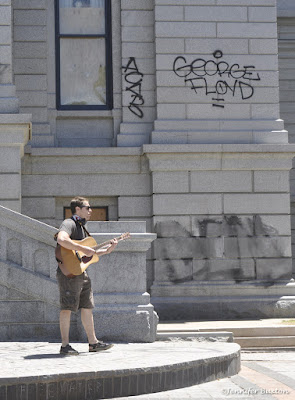 We added our water to the pile, lingered for a few minutes, then headed home. 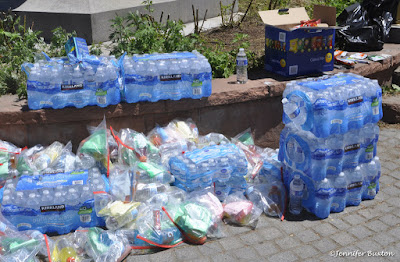 Ongoing corona virus concerns prevented us from joining the crowds, but we support both the cause and the protesters. I'm glad the Jennifer Show was able to provide a little much needed hydration. 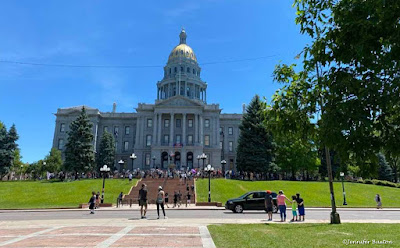 Black Lives Matter, and I am trying - through words and actions - to be a better ally.
Posted by Braymere at 10:33 AM