The last class I'm going to discuss in this Other Games series is Toilet Paper Pairs. 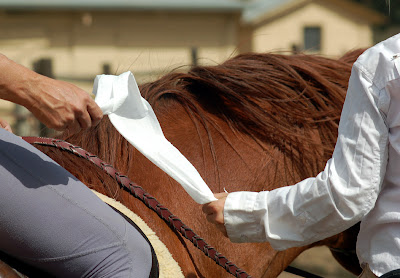 Like Egg and Spoon, this is an eliminations class. Riders compete in teams of two. Each team is given an specified amount of toilet paper which they must hold between them while performing the various gaits on the rail. 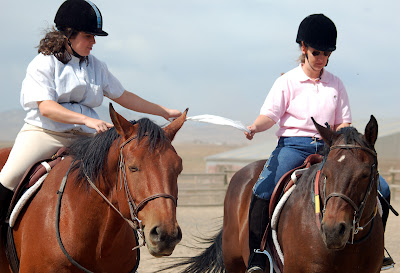 It can be a definite advantage to have horses that are well matched in size and speed. 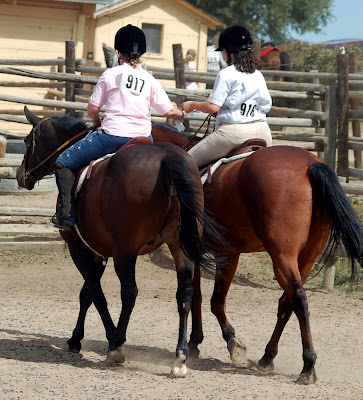 These two Arabs are full brother and sister. They belong to Trish and are both retired show horses turned school horses. 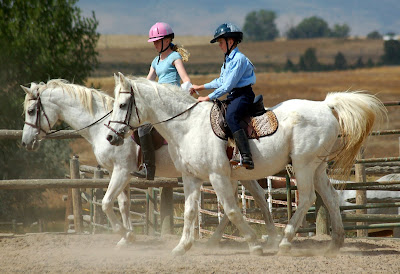 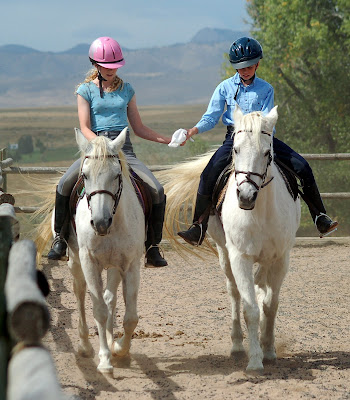 Although they start out with a distinct disadvantage, some mismatched pairs manage to do just fine. 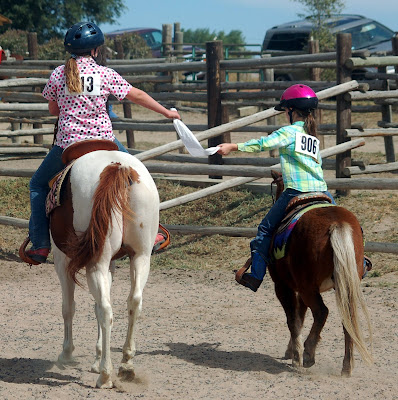 As with Egg and Spoon, this particular class did not progress past the first canter. Oh well! 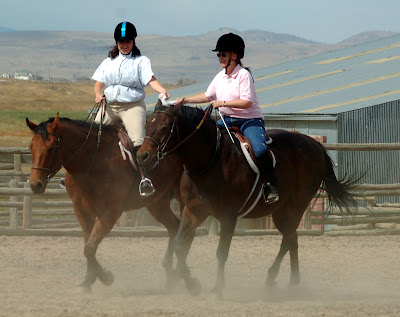 Toilet Paper Pairs is a great favorite of mine and I have actually set it up in the model arena. This is my own "Flicker of Sunshine" winning the English Games class at Wild, Wild West Live in 2007. Don't mind the doll on the prop horse--she has serious equitation issues! 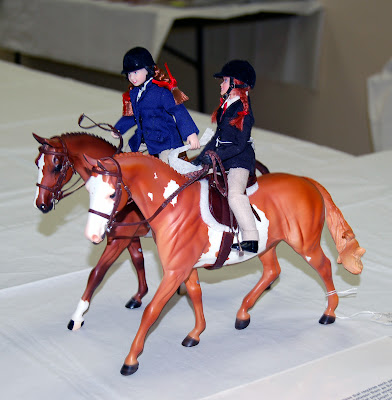 I'm closing with a couple pictures that I'm including mostly because they make me happy! This is Cinnamon and me competing in a Toilet Paper Pairs class at Eaton Canyon Riding Club circa 1983.  ECRC held several Schooling/Fun type shows every year, and the competition was extremely cut throat. It wasn't uncommon for a Toilet Paper Pairs class to progress to a work off that included simple lead changes and small jumps! 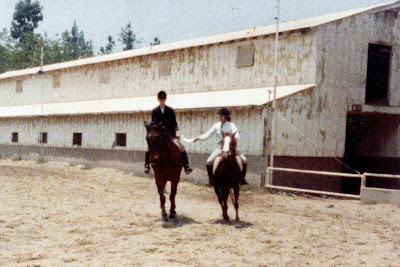 Unfortunately, I wasn't one of the kids involved in those work offs. I was always mounted on a school horse or a borrowed pony and was lucky to get ribbons of any sort. The two fourths and a fifth in the next picture probably represent the high water mark of my gymkhana career! 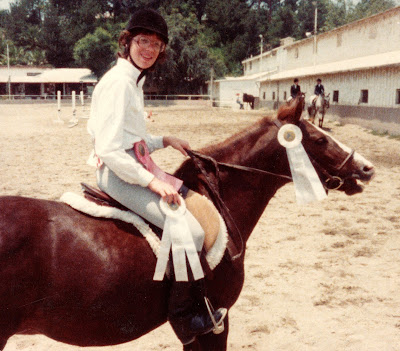