A year and a half ago, Sandy Sanderson won the Battle of Breeds Fantasy Performance class with a Day of the Dead harness entry. 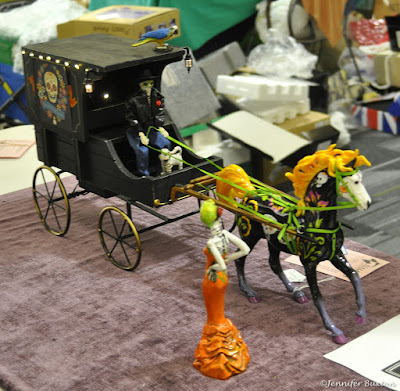 I asked her where she got the cart, and she said, "Target!" 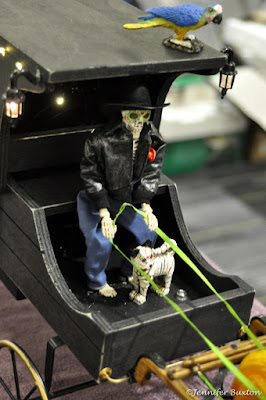 I waited ten months for Target to put out their Halloween decor. Sure enough, there was a whole fleet of wagons! I was all set to buy one, but then I reconsidered. Without all of Sandy's extras, it seemed pretty clunky. I thought about how much work it would take to bring it up to my standards, and I remembered that I already own two really nice carts by Bill Duncan. I decided I didn't need another project, so I put the wagon back on the shelf and walked away. 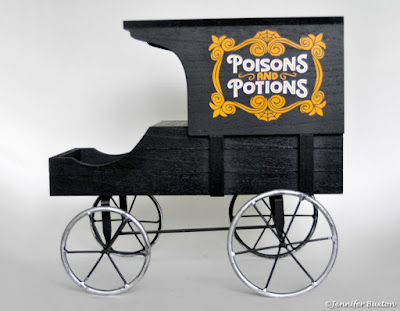 A month later I found it again, this time on the half price shelf. My resolve crumbled. I brought home and immediately removed the non-turning wire wheels. Then I realized how much work it was going to take to bring it up to my standards. I put it aside and didn't touch it again until last week. 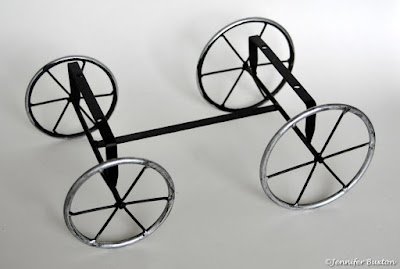 That's when Ryan bought a new 3D printer. He was looking for a project, and I had an idea. 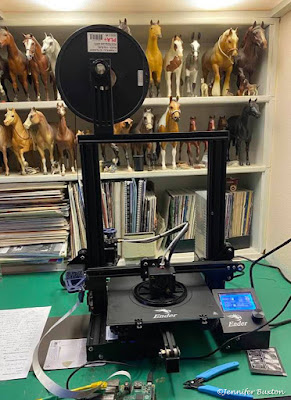 I asked him if he could print some wheels. 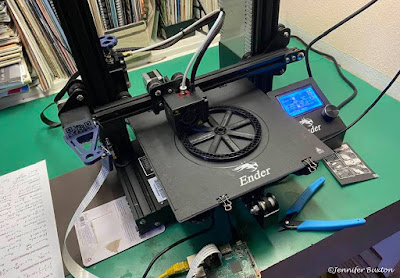 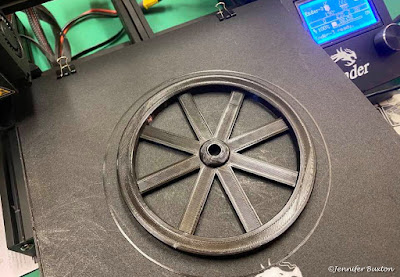 Here's the wagon as it looks today. The front wheels pivot, and all the wheels turn. It's still a Target cart, but now it's a really nice Target cart. I can imagine myself using this in a show. 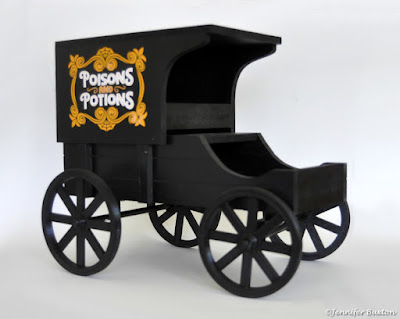 All it needs is shafts, a driver, a harness and a whole slew of miniature poisons and potions. No problem, right?
Posted by Braymere at 1:58 PM