In addition to being my favorite blogger, Nichelle Jones is also a really fabulous tack and prop maker. Last week, I revisited a really old blog challenge, and this week Nichelle did the same. This post was originally published on Nichelle's blog, and she has kindly given me permission to share it here as well. Thank you, Nichelle!

In 2014, Lauren Mauldin shared a list of tack items she had yet to see in miniature. One of those pieces was a scrim sheet, which I started working on right away. I think I posted this on Facebook but it never made it to the blog so… 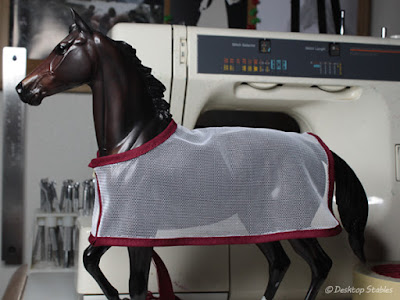 I was using a mesh type of material, and hand stitching pre-made bias tape around the edge. Turns out the tape I had was a couple inches too short, and since I didn’t have any more or know how to make it at that time, I put the sheet away and forgot about it.

The first step was to decide on what fabric to use. The mesh I was originally using would have worked, but I wanted to find something with a smaller texture in different colors. Two fabrics I was considering were Voile and Chiffon, so I made a trip to Joann’s to see them in person. I lucked out and found a sample of each in their remnant bins. (good thing too, as the cut counter was super busy). 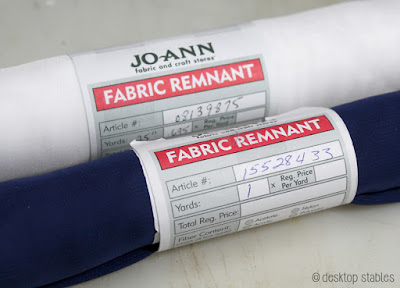 They’re very similar, but the voile has a bit more stiffness to it. 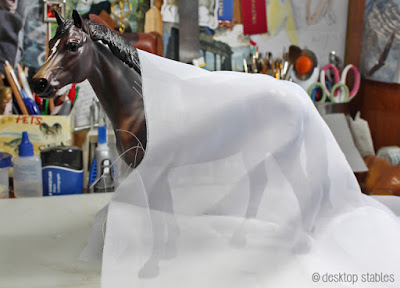 I really love the texture though. I think this would work nicely for fly sheets. 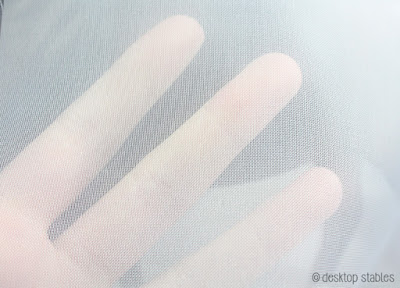 The chiffon has a better drape to it, but is much more delicate. 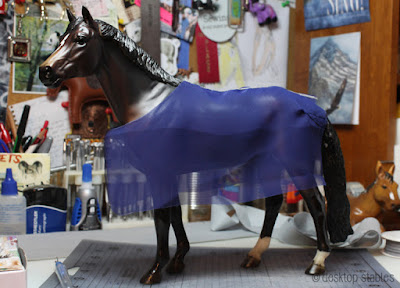 I ended up choosing the chiffon to give a scrim sheet a try. 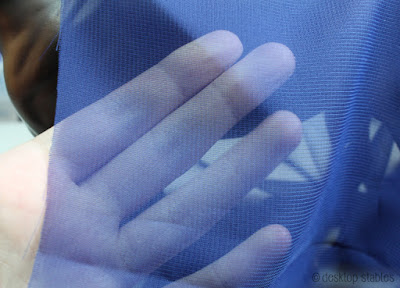 On this sheet, I eliminated my usual back seam, sewing down a piece of thin ribbon instead. On the hip darts, I tried a sewing trick I’ve seen in multiple sewing videos, which is to add a piece of tissue paper underneath the stitching. 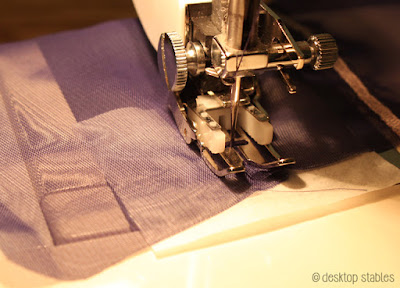 I could easily tear this away once the stitching was done. I’m also using my walking foot here, to help pull the material through. 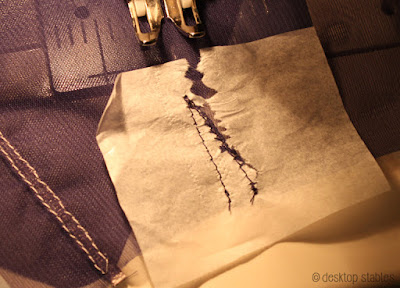 Here’s what I ended up with:

The bias went on easier than I thought it would, and after adding some piping, a tail cord and a buckle in the front, the scrim sheet was done. 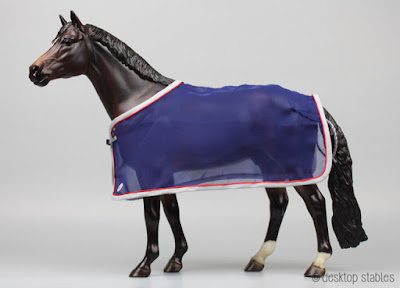 Even though this is a really simple sheet, it took me a long time to finish. Normally I avoid using these types of fabrics because they are slippery and frustrating to work with. I’m sure that’s something that will get easier with time and practice though. 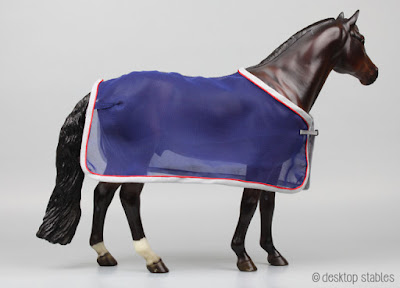 I do have problems with one side flaring out, which could be because of the bias and added piping. I’m not sure if I can avoid that unless I add some sort of belly band. 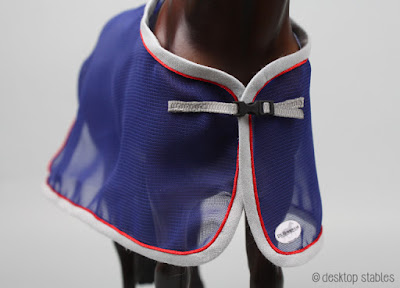 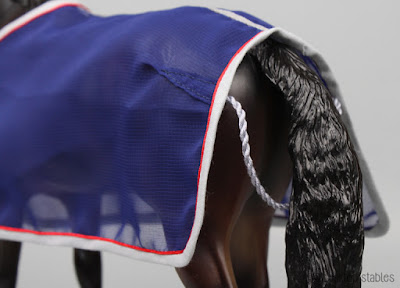 Here’s a quick shot with it over a saddle: 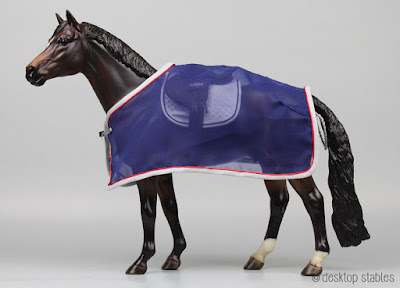