Angelo, Fabian and I were positively giddy the first time our horses came out of the kiln.

"Look what we did!" We squealed.

The results of the second firing were overwhelming in a different kind of way. Fabian was mostly pleased with his horse, but Angelo and I had emotions. I was sad to see that all my careful shading had perhaps been a little too careful. Most of it had disappeared into muddy oblivion. Angelo had the opposite problem. Her shading and dapples - which had looked so good when the paint was wet - were now much too harsh. 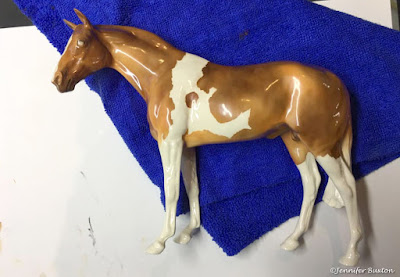 Karen let us wallow for a few minutes. Then she reminded us that we were on a schedule, everything was fixable and now it was time to learn how to paint eyes. 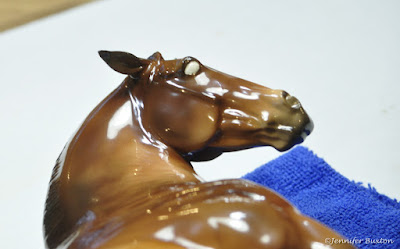 She got out a liner brush and put a black rim around big Boreas' eye. 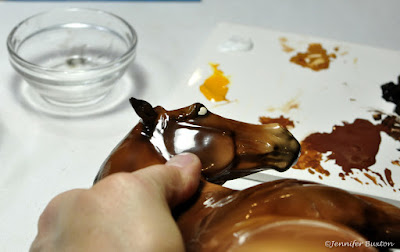 Then, she filled the iris with brown paint, carefully pushing that color into the black rim. She added a black pupil in the middle and a lighter highlight on the bottom of the eye. 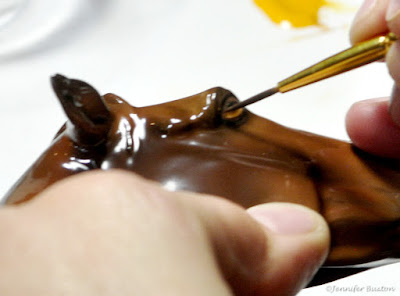 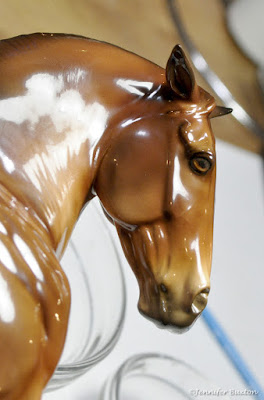 She also gave us a quick hoof painting tutorial, before sending us to our work stations. 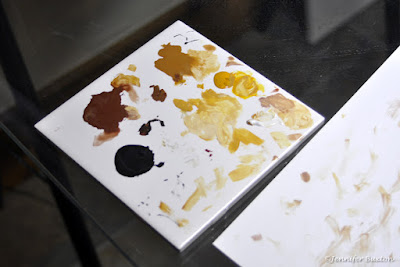 I like painting eyes so I did that first, and I think they turned out pretty well. Of course, they would probably look a lot better if I had succeeded in getting some darker shading around them... Oh well! 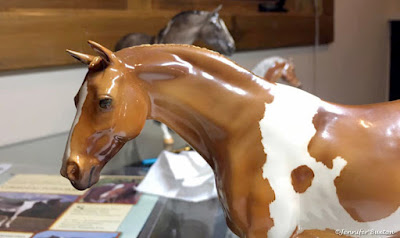 I redid some of the areas I'd shaded before and painted his tail. I also painted his hooves three times. Try as I might, I just couldn't get them done to my satisfaction. Fortunately, Karen was able to step in and help. She helped both Fabian and Angelo in a similar manner, and all of us were feeling pretty good about our horses at the end of this session. 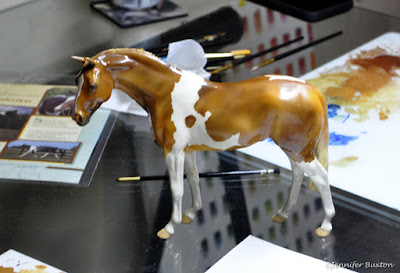 Three horses (and a bust) in the the kiln. 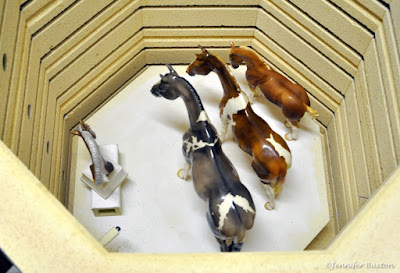 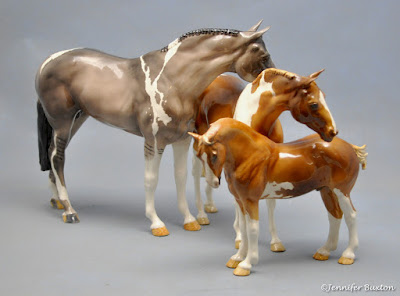 My guy would certainly benefit from another couple rounds of glazing, but I like him just the way he is. 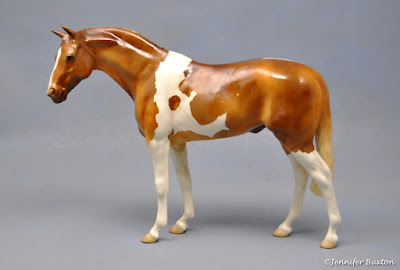 Thank you, Karen, Fabian and Angelo for a most amazing weekend. I learned so much. I am so inspired.
Posted by Braymere at 10:17 AM