After I'd selected the Western Performance Champion and Reserve, all the performance champions were instructed to return to the judging table for the Overall Championship presentation. 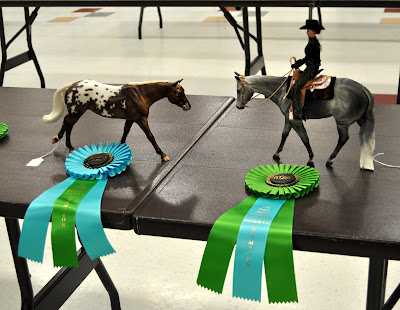 Because this show offered such nice (and valuable) prizes, the judging staff had been specifically reminded not to award any prize models until all the champions had been returned to the table. 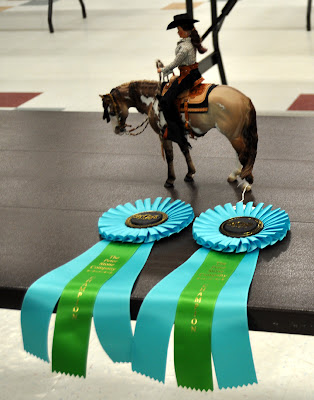 I regret that I was unable to enforce that rule!  Oh well.  Things are pretty casual over in Performance-ville. 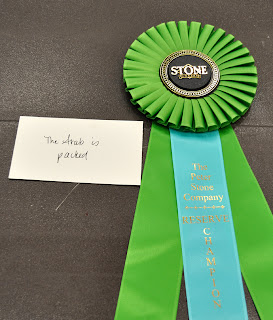 And besides...  It really didn't matter anyway.  With the Other Performance and Western Performance titles already under his belt, Sheila's Chevelle was the obvious winner of the glossy trophy model. 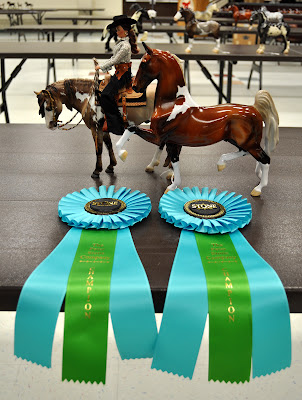 Teresa's iApp picked up the matte model on the strength of her English Performance Championship.   Congratulations to both winners! 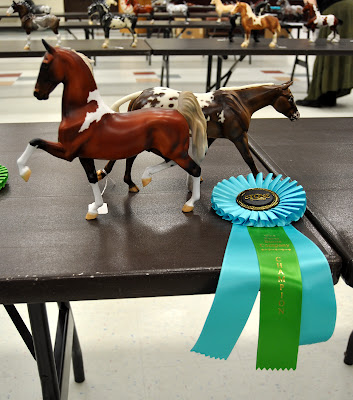 One of the great pleasures of judging performance is getting the chance to ogle everyone's tack up close and in person.  I'm familiar with most of the tack in our area, but there were a few new-to-me pieces to admire at Springamathing.  One of those was this lovely huntseat saddle made by Jana Skybova and owned by Sheila Bishop. 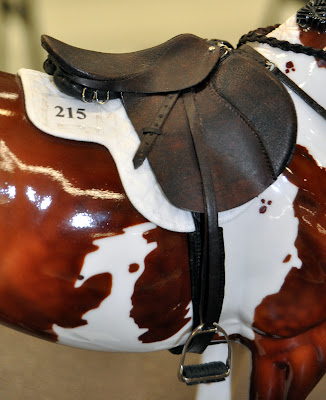 This amazing bridle also belongs to Sheila and was made by Jacquee Gillespie. 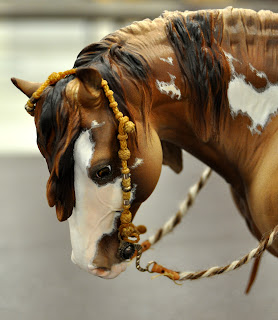 Although I'm not certain, I think this bridle was made by Rebecca Griffyndoon Ropes Australia.  It's paired with a Terry Newberry saddle.  No guesses as to the lucky owner.  This horse appeared only competed in one class and I didn't see who put her on the table. 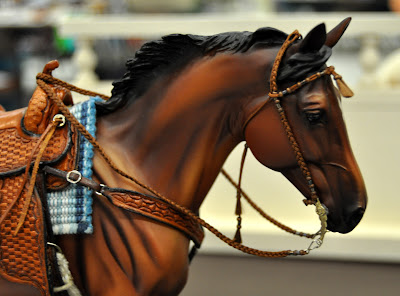 As I've mentioned before, the atmosphere at a typical Colorado live show is pretty laid back.    The competition may be fierce but the competitors rarely are.  There's a lot of teasing back and forth, and no one was surprised when this sign mysteriously appeared at the end of the Custom Halter table. 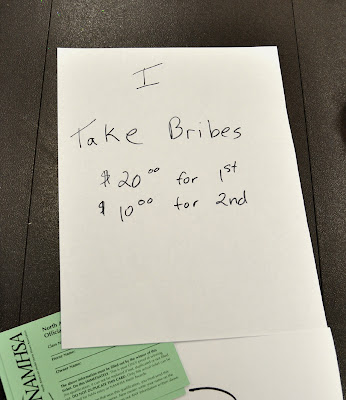 I mentioned aloud that the performance judge might also be open to bribery, and wouldn't you know there was a dollar bill included in one of the performance entries in the very next class? 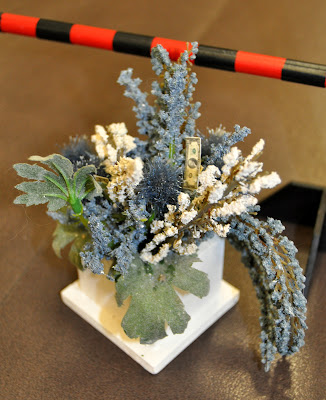 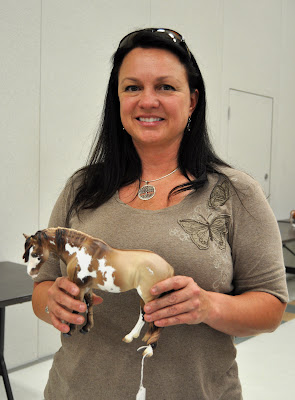 Ok, now I am really, officially done with the 2012 Springamathing performance classes.  I'll share  photos from the other divisions eventually, but tomorrow is going to be something entirely different.
Posted by Braymere at 8:05 PM