I don't have a lot of time today so I'm only going to talk about one of the Western Performance classes at Springamathing--the Western Games class.

There were five entries in this event, but Sheila's Chevelle was the clear standout.  He was shown competing in the Boot Race. 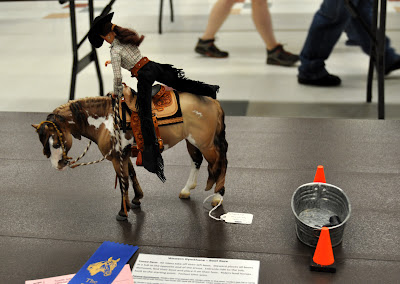 His set-up included the appropriate props... 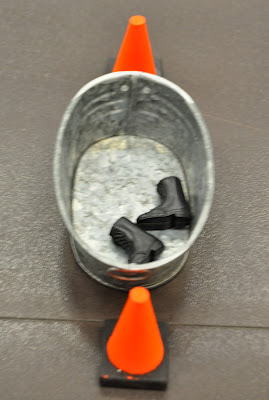 and a nice documentation card. 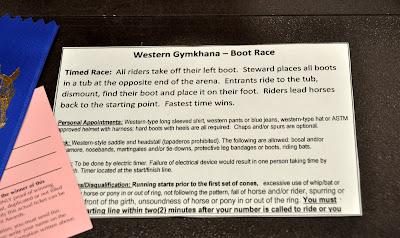 His doll was positioned in a realistic manner... 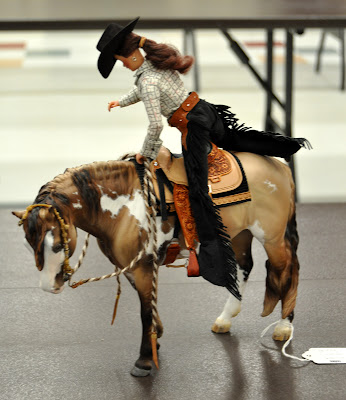 and the every single piece of this entry--the horse, the tack, the doll--was absolutely beautiful.  If I was being really picky, I'd mention that most games riders would wear chaps in an event that involves mounting and dismounting.  However, even with that one quibble, this was an easy choice for the blue. 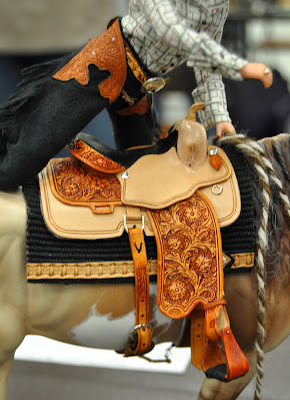 Second place went to the Arab owned by Carra and shown by Teresa.  She was shown in the Sit A Buck class.  This is a good choice for a quiet model. 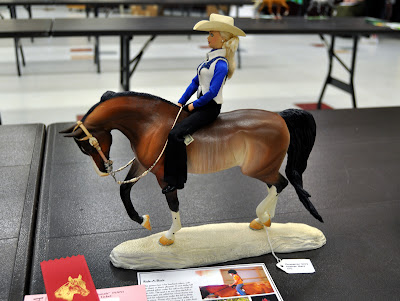 Although the doll's equitation isn't the best, it's fine for this event.  After all, legs do creep up when you're holding a dollar bill in place! 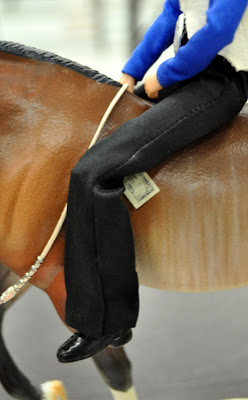 Third went to Teresa's other entry, Some Kinda Flirt.  This is an Egg and Spoon set-up,  and at first glance it looks really competitive. 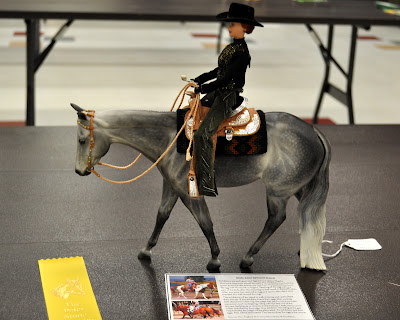 However, I was bothered by the angle of that spoon.  Riders competing in this class usually hold the spoon much closer to their body and angled straight ahead or in towards their mid-line.  Sticking it out to the side like this is a good way to lose that egg! 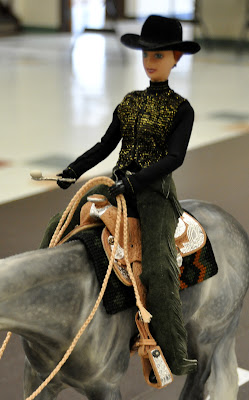 Fourth place went to Sheila's second entry--an ISH competing in Sit A Buck.  The biggest problem with this entry was the placement of the dollar bill.  It's almost completely slipped out from under the rider's leg.  That's a pretty precarious position, especially considering this is a standing horse.  I'm not convinced that rider is going to be in the class much longer! 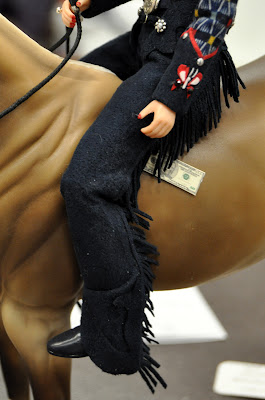 The fifth place winner was yet another Sit A Buck competitor.  The dollar bill placement on Fabian's Andalusian was not quite as secure as the Arab's but better than the ISH's. 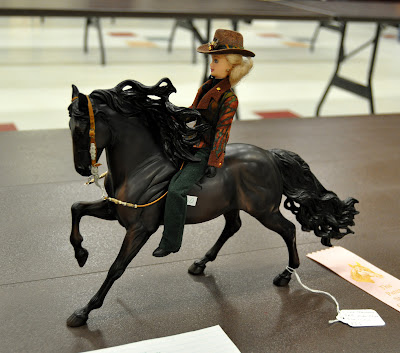 However, there were other issues--namely, those reins.  Classes like Sit A Buck and Egg and Spoon are all about control.  To be successful, the rider must control her position and control the horse's gait.  These reins are quite long for this particular model and they're not laying particularly well.  Nothing about this side of the model speaks to quiet control. 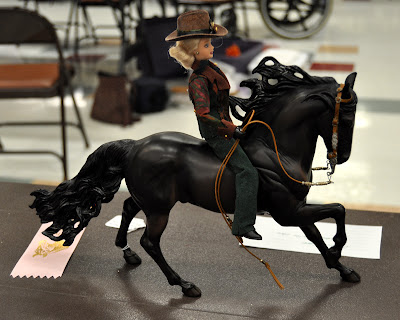 Also, the bit was out of the mouth on both sides which sealed the placing. 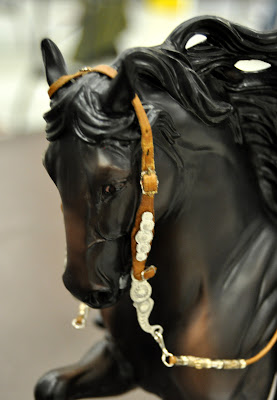 Make no mistake--performance showing is hard.  Fabian is a new shower, so he's learning as he goes.  I expect his entries will get better and better as he learns the ropes.  Along those lines, I'd really like to thank all the performance showers at this year's Springamathing show for allowing me to critique their entries on my blog.  You guys are the bestest!
Posted by Braymere at 5:27 PM