Because I was so busy tacking and talking, I didn't take as many pictures of the Resin Halter classes at the High Plains Live Model Horse Show as I usually do.  Still, I think I managed to capture most of the highlights.  As always, please feel free to add horse/owner/sculptor/painter details in the comment section.

The Light Breed division was first, opening with a huge Arabian class. 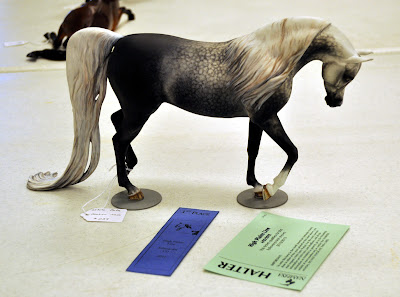 Due to a packing mishap, Rune didn't make it to the show.  However, the Braymere gang was ably represented by little Jafar. 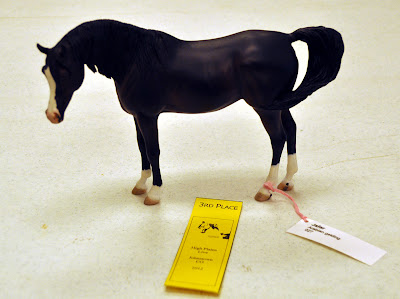 Andromeda Melody made it a yellow ribbon two-fer in the Half Arabian/National Show Horse class. 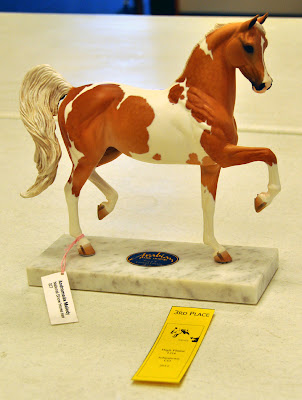 I left UVM Right Royal at home, so I didn't have an entry in the Morgan class.  Sherre Tuley's Knightly Cadence was the winner, but my eye was drawn to this well documented pinto. 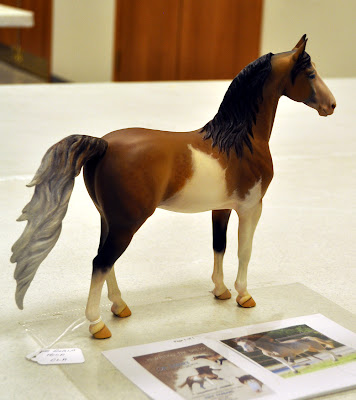 The North American Gaited class brought my first blue ribbon of the day.  This is Vulcan, a Bogucki Dozen Roses painted by Melissa Mistretta. 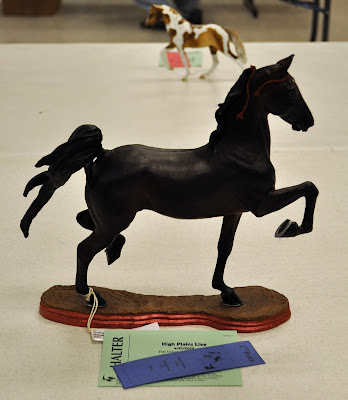 The Spanish horses were next. 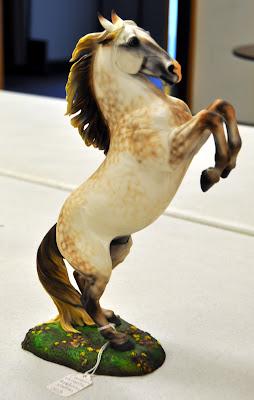 There were a lot of lovelies in this class... 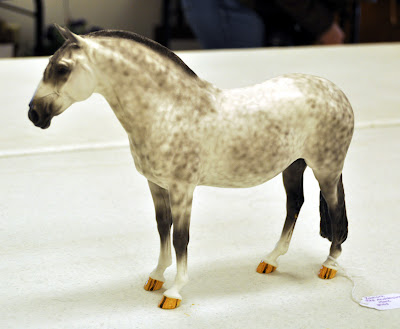 but in the end, the blue went to Not Fred Estudioso!  He was also awarded the Champion Light Breed title with Sherre's Morgan in Reserve. 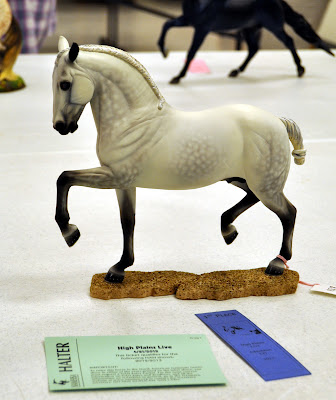 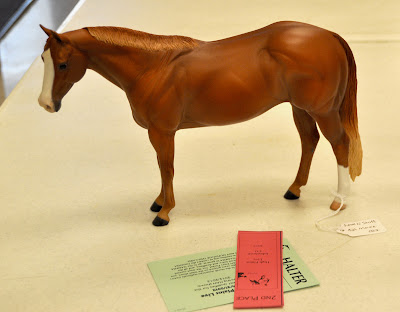 She was bested by Darla Curtis' Charity resin which was sculpted and painted by Sheila Bishop. 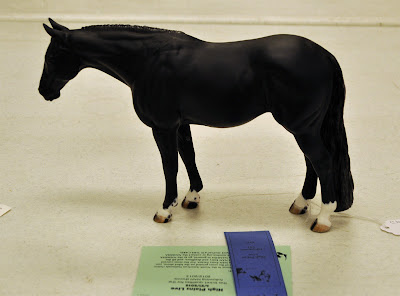 This little Tivoli was the big winner in the Paint class. 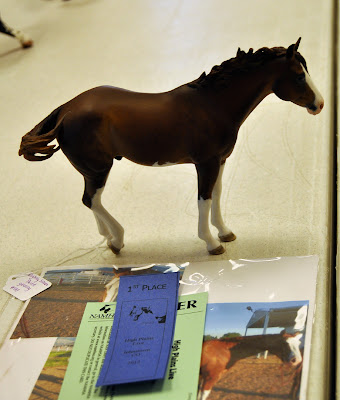 My own Letter to Laredo placed fourth.  As per usual, he was right behind Val's Lone Star! 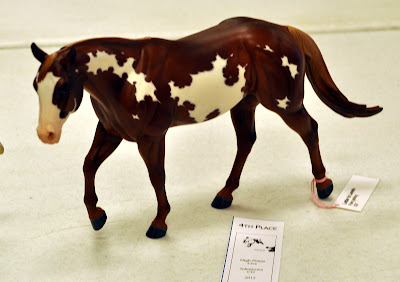 Mustangs were next.  This is always a really big, really tough class in Colorado.  I was quite pleased with Tuscalero's third place showing. 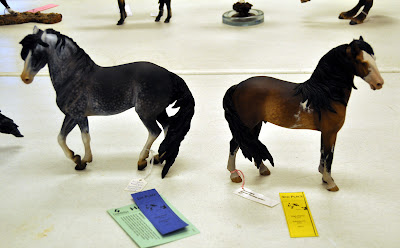 The division wrapped with Other/Mixed Stock. 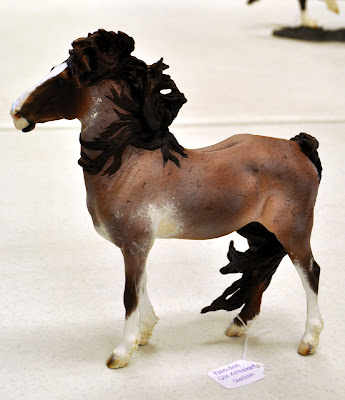 This was another tough one, so I was delighted when the judge place a red ribbon next to Prodigal Daughter. 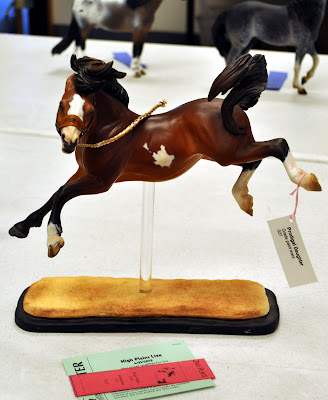 First and second place winners were invited to return to the call back table.  Darla's Charity won the Championship... 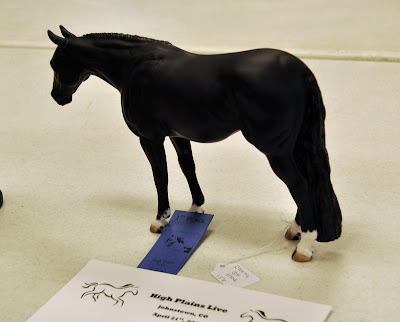 and Tivoli took the Reserve. 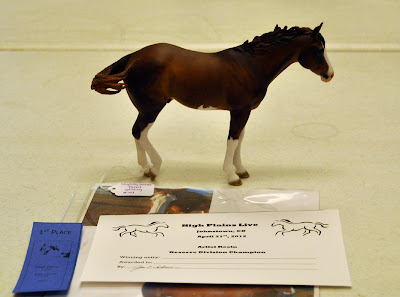