This show kind of snuck on me.

May is always a busy month, and this year has been no exception.  In addition to all the end of school year activities, my husband and I have gone on a short trip and he has quit one job and started another.  the weather has been consistently pleasant, so I've been spending lots of time outside, walking my dog and riding my pony.  In short, I really haven't had much time or energy for the models.  There was a real temptation to skip Springamathing all together.

Fortunately, I couldn't do that.  I had volunteered to judge the performance division so my attendance was required.  People were counting on me.

And you know, by the time I'd reached the the Jefferson County Fairgrounds in Golden, Colorado, I was beginning to come around. 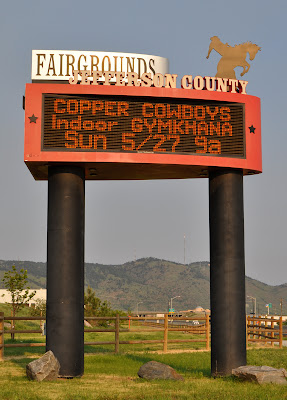 After all, year in and year out, this is a pretty great model horse show.  The hall is big and bright... 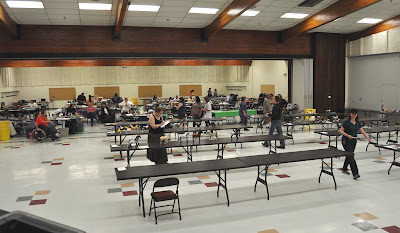 and filled with friends, old and new...
from near...
and far.
Springamathing is hosted by local hobbyist, Heather Roell and sponsored by the Peter Stone Company.  That means there were lots of shiny Stone models for sale. 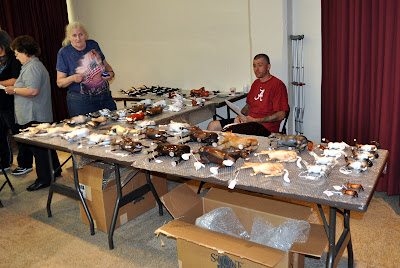 I liked the ponies best! 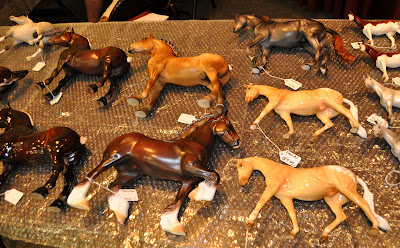 Additionally, the awards were pretty fantastic--big rosettes to section Champions and Reserves... 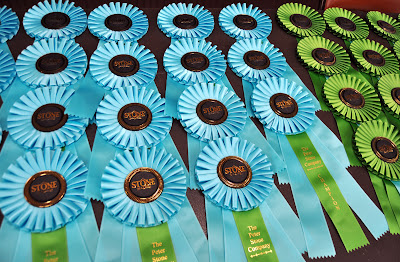 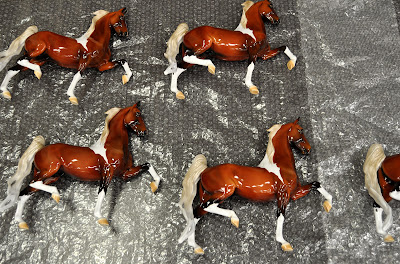 and matte for reserves. 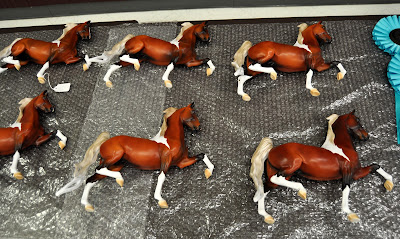 By the time I'd unpacked my horses, I was really, really glad to be there. 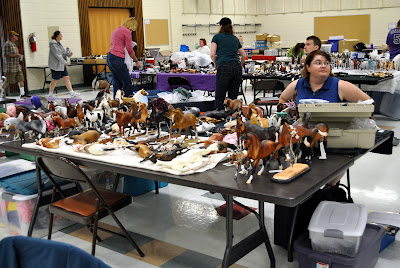 The competition itself was a bit of a mixed bag.  Some classes were really big and competitive... 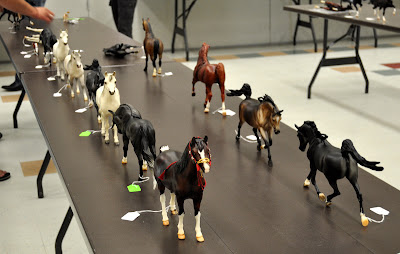 but others were a bit on the puny side. 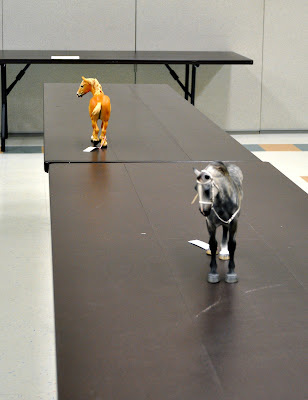 Because I really like judging, I was initially quite disappointed that the performance classes were among the lightly attended.  However, about halfway through the show it occurred me that those small classes lent themselves well to a discussion about how I judge.  The next several posts will cover that topic, beginning with the Other Performance division.
Posted by Braymere at 11:44 AM