The Most Expensive Schooling Show Ever

A couple months ago my friend Teresa sent me an email asking if I'd like to attend a schooling show at her barn.  "There's a Prix Caprilli and Western Dressage," she said.  "Also, I'll be showing Flick."

I didn't have to think twice.  Despite a Kentucky Derby viewing conflict, I happily agreed to be there for her.

There were a lot of pre-show preparations.  We went to Dover.  We went to A Bit of Tack.  I enabled advised Teresa regarding the purchase of boots, breeches, a helmet, spur straps, gloves, stirrup pads and a new bridle.  It wasn't long before we both started referring to this as "the Most Expensive Schooling Show Ever."

Yesterday was the big day.  I made the long drive north to Flying Star Stables... 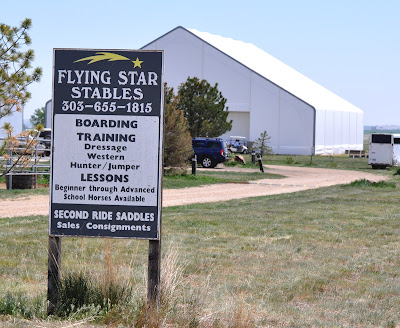 and tracked down Teresa who was busy calling tests for other riders. 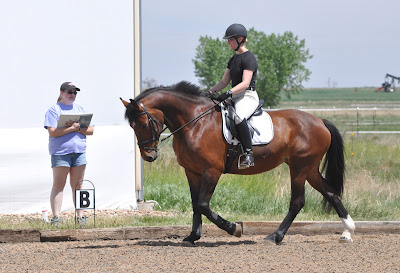 We only had a few minutes to catch up before she was pressed into further service as a judge's scribe. 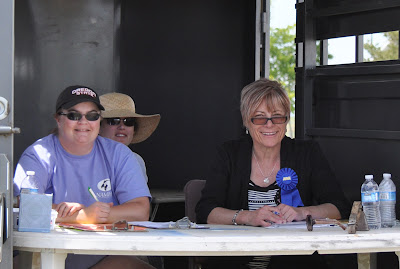 No matter.  There was lots to keep me occupied, including the aforementioned Prix Caprilli... 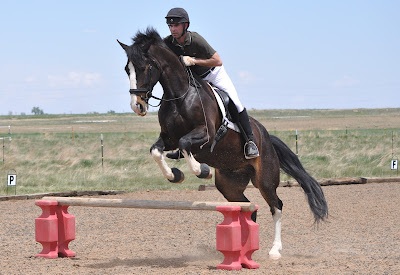 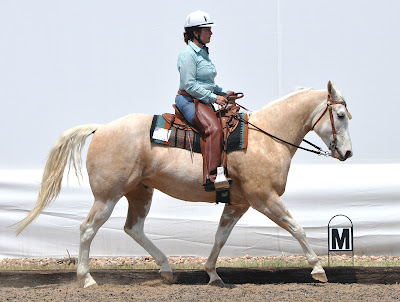 There were also a whole host of lower level dressage classes with entries that ran the gamut from draft horses... 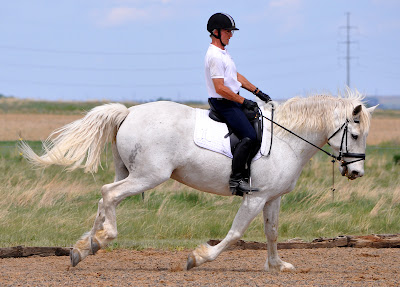 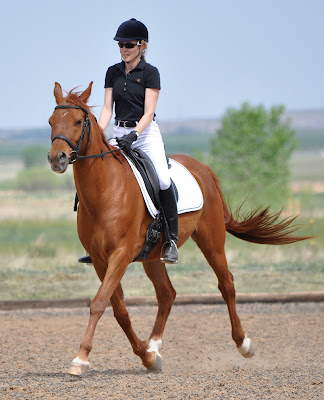 As the time for her tests drew near, Teresa was released from her volunteer duties.  The Flick Beautification Process began in earnest. 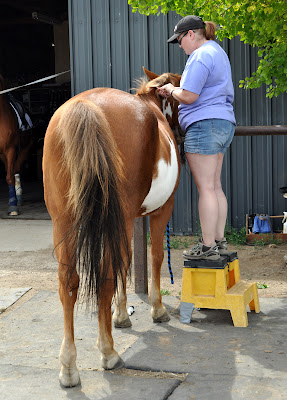 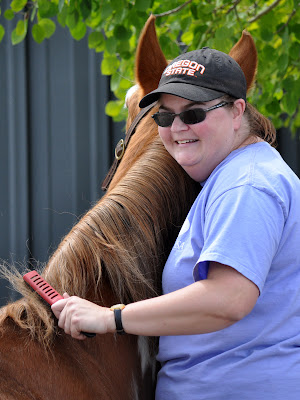 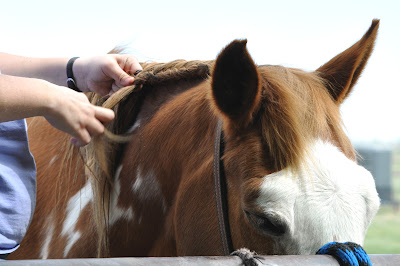 The new bridle was a bust so Flick and Teresa had to make do with a borrowed bridle. 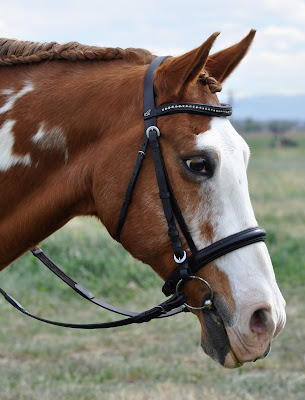 Fortunately, the rest of the new purchases were just right.  The dynamic duo looked great during their warm up. 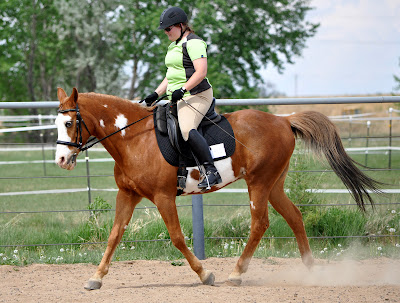 They were relaxed and confidant... 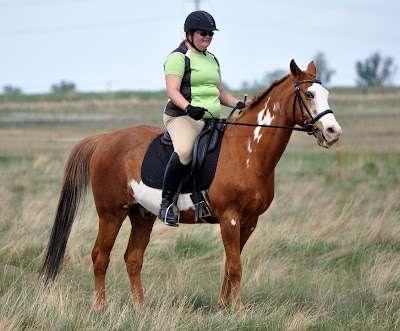 as they headed into the ring for their first test. 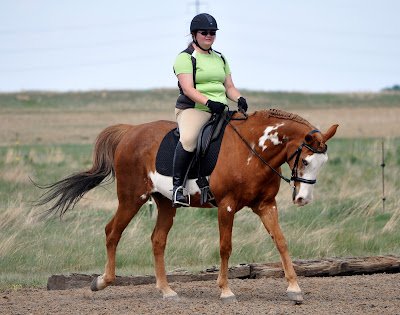 Finally--after months of preparation--it was their time to shine!
Posted by Braymere at 6:14 PM