Here are the second group of pictures from the resin halter division of the High Plains Live Model Horse Show which was held last month in Johnstown, Colorado.

The Sport Breed division opened with the Thoroughbred class.  My own Validator was the winner, and he went on to claim the Sport Breed Championship. 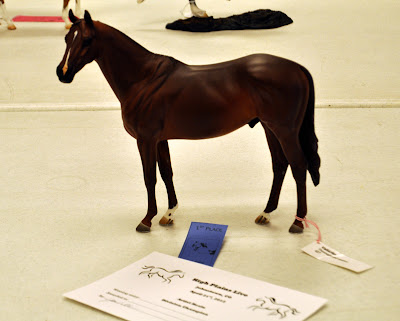 Sweet Basil was right behind him with a victory in the Mixed/Other Sport Breed class and the division Reserve Championship. 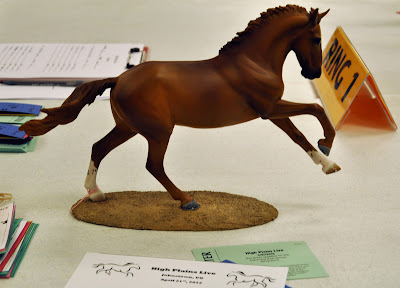 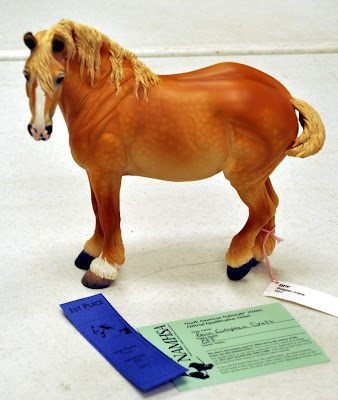 and Jennibray placed first in the Other Equine class. 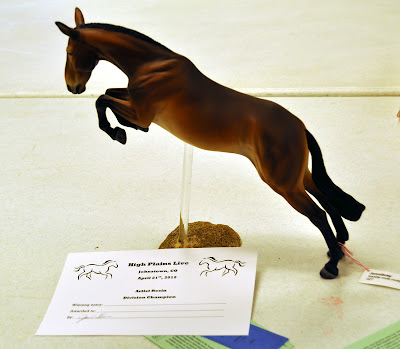 Ponies were next.  I fell in love with this little Comet resin that was sculpted and painted by Sheila Bishop. 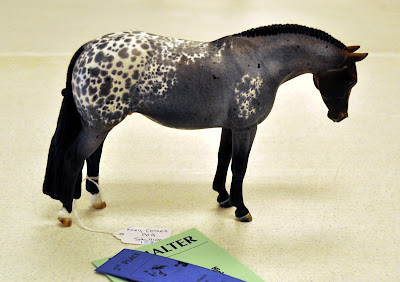 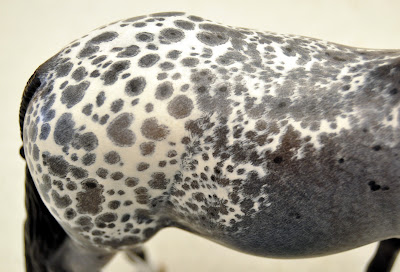 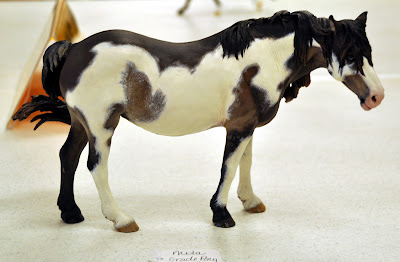 This girl was sculpted by Sarah Minkiewicz-Breunig and painted by Steph Michaud. 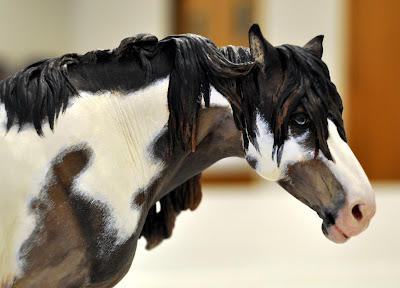 I was so distracted by the performance classes that I totally missed the European Pony class.  No matter.  Poka Tia still managed to win a NAN card as an American Shetland! 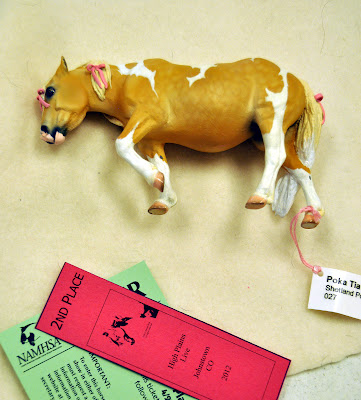 I also missed most of the Foal division.  This wasn't much of a loss since Squee! and Ragin Cajun were both victims of my packing mishap. 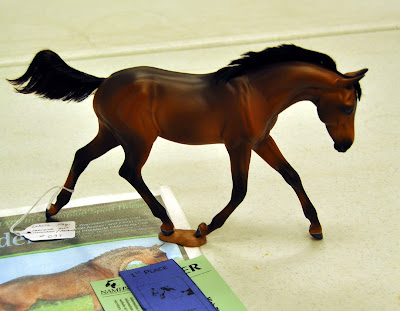 Finally, it was time for the Resin Halter callbacks. 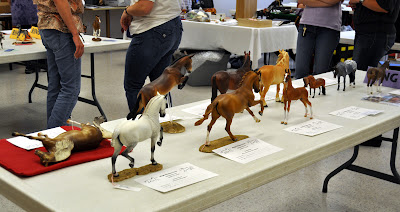 There were a lot of Braymere horses on the table, so I held my breath as the judge made her decision. 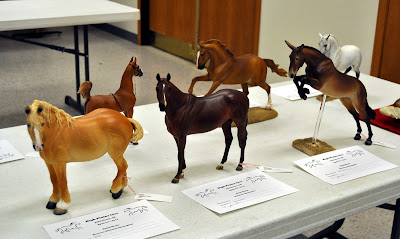 Thanks again to Sheila for holding this show and to Jane for judging the Resin Halter division.  I love my Brio Sambra!
Posted by Braymere at 4:31 PM