My weekend in the Netherlands opened with a NaMoPaiMo prepping party at Charlotte Pijnenburg's home in Middelbeers.
I brought everyone a little gift. It was watching them open the Mini Whinnies. 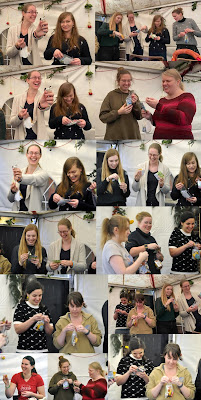 In return, they gave me a box of gifts that were much better than Mini Whinnies. 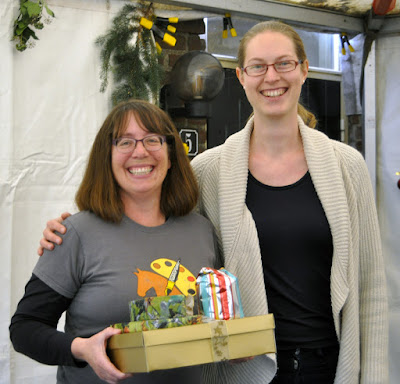 I was seriously overwhelmed. 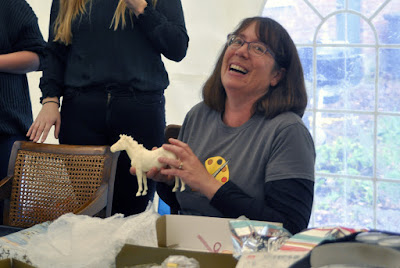 With that out of the way, it was time to get to work. 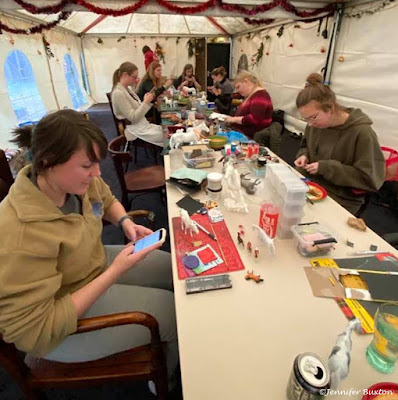 During a break, we toured Charlotte's collection and studio. 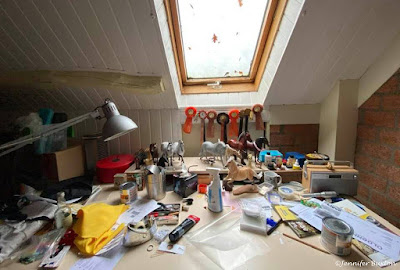 When it got too dark to work, we drove to a nearby restaurant and kept on partying. 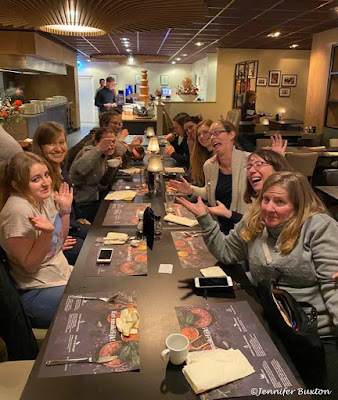 This could have gone on all night, but the restaurant was an all you can eat buffet with a strict two hour time limit. We said our goodbyes, then Carol and I followed Anne back to her home in Rhenen. 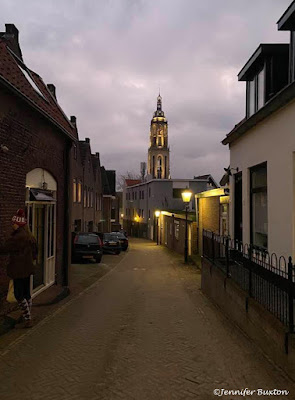 We climbed up the crazy Dutch stairs and spent a night on her surprisingly comfortable couch. 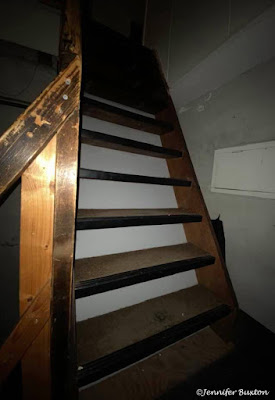 The next morning, we drove to Noordwijkerhout for our beach ride. It was even more spectacular than I'd imagined.
Instead of going straight back to Rhenen, we made a stop in Utrecht... 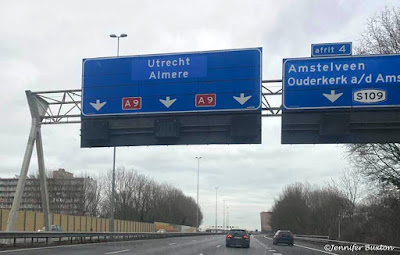 for a tour of Anna Dobrowolska-Oczko's Horse and Bird Studio. 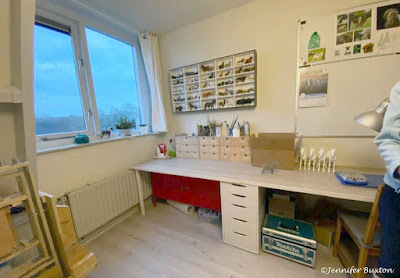 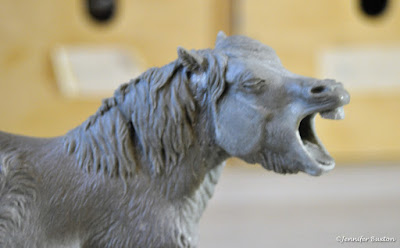 We returned to Utrecht, had dinner with Anne and her boyfriend, Martin, then boarded a train to Amsterdam. I was so tired. 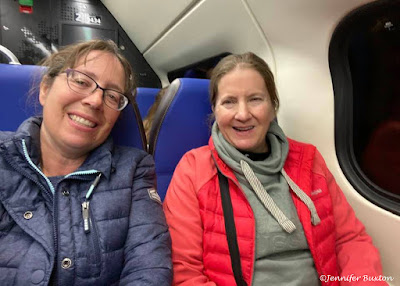 We checked into our hotel after ten pm. The front desk receptionist asked us if we wanted a view. What kind of a question is that? 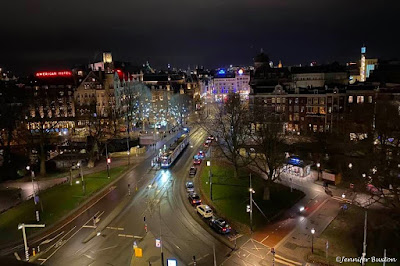 The next morning we headed out to explore the city. 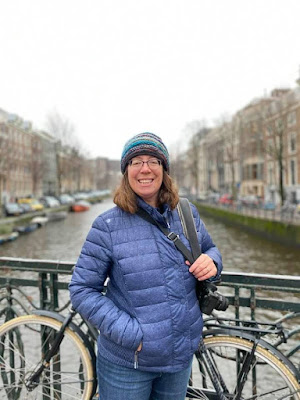 We walked the canals, dodged bikes and went souvenir shopping at the Dutch Flower Market. 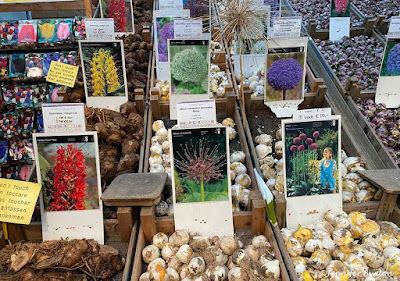 Then we met up with Leah and walked to the Royal Palace. 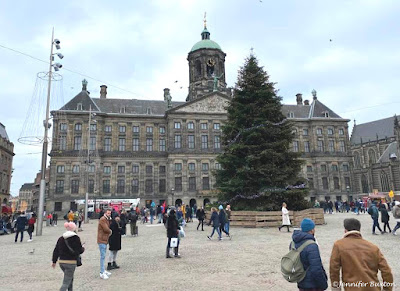 That's where we met Ted, the Comtois. He took us for a tour of Amsterdam. 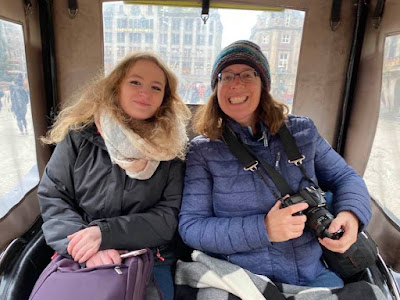 After that, it was a sprint across town and another set of crazy stairs to make our lunch reservation. 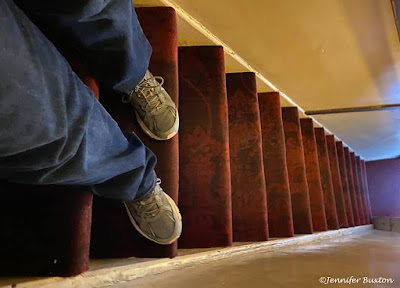 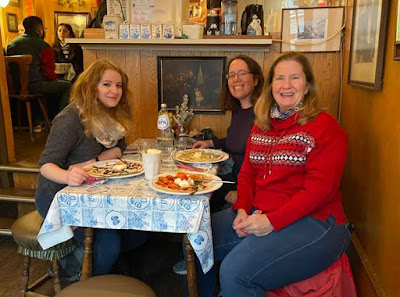 We followed that with a quick tour of the Red Light District. 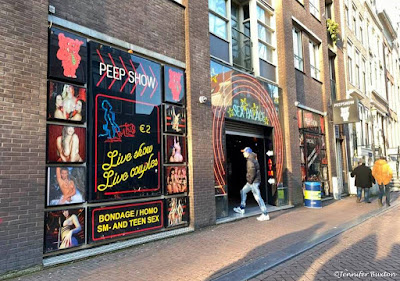 Then Carol and I toured the Anne Frank house. 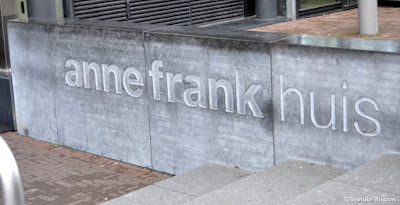 The day ended with another hobby dinner. Attendees were Leah, Leah's boyfriend and Tamzyn. Unfortunately, I didn't think to take a picture until after Leah and Jimi had left. 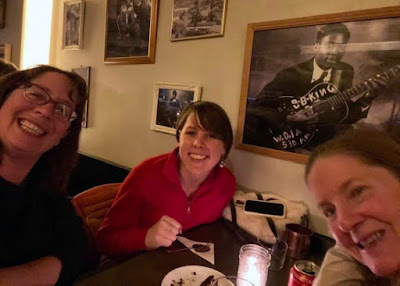 The next morning, Carol and I went for one last walk around the city. Then we rode the train back to Rhenen, picked up the car and drove back to Germany. 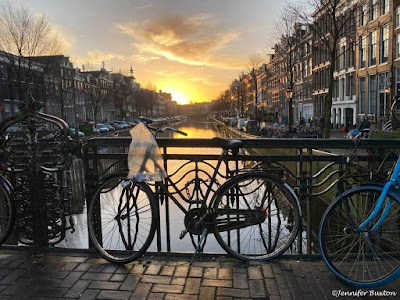 Thank you so much, Anne, for "forcing" me to go to the Netherlands. I can not overstate how much I enjoyed my time there.
Posted by Braymere at 8:06 AM