Anne promised me a beach ride, but the ride she delivered was so much more than that. 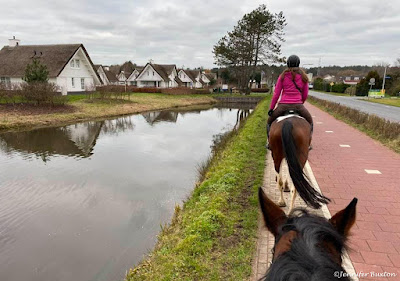 The first part of the ride took us through the streets of Noordwijkerhout. 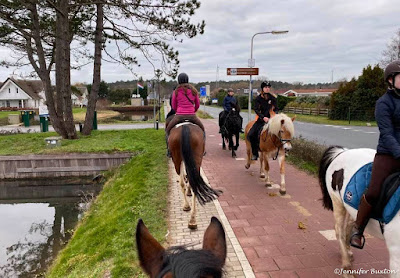 We rode along the canals, crossing paths with all kinds of traffic. 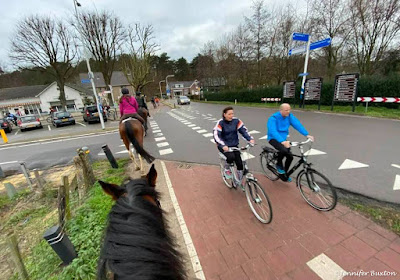 Then - in the blink of an eye - we traded the city for the woods. 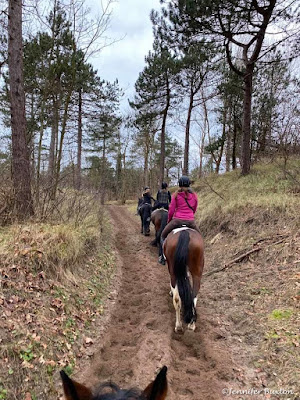 This is where we started to do a lot of trotting and cantering. 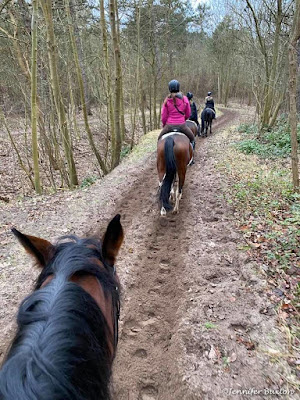 Identity was a willing mount, she was not particularly fast. Our guide kept telling me to "keep Identity close." I tried my best, but it was a constant struggle. 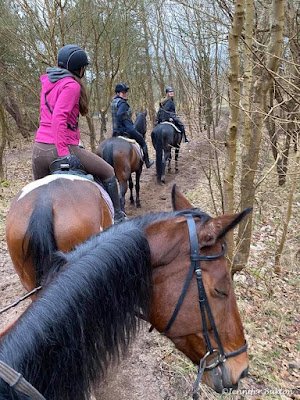 Eventually, the trees thinned out... 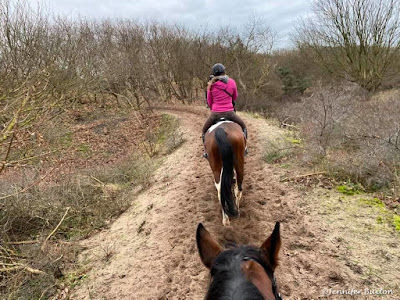 and the woods gave way to dunes. 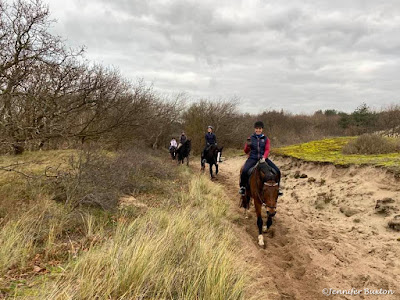 We trotted and cantered some more. We went over a rise, and I caught sight of the beach. 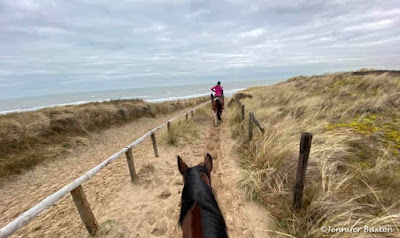 We headed straight down to the water's edge. 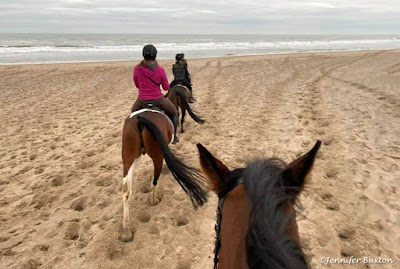 The ocean breeze blew our horses' manes and tails to the side. 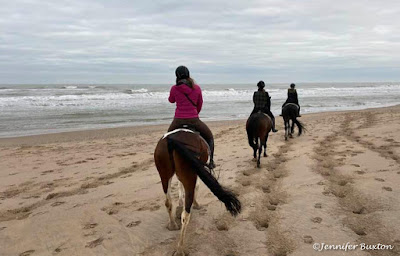 We rode a long way and did some more trotting and cantering. Although it had been hard to get Identity to move out on the trail, she turned into a freight train on the beach. The Dutch word for canter is "galop," which is appropriate because what we were doing was full on galloping. 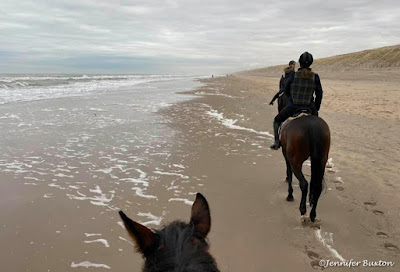 It was so much fun.
I hadn't ridden on the beach since I was ten. I hope I don't have to wait forty years until I do it again.

Before we left the beach, we lined up for photos. 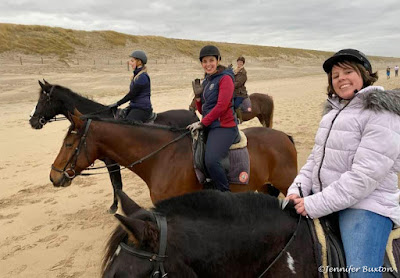 We crossed paths with Carol as we climbed back up to the dunes.
She took our photos, and I told her she had been right not to come with us. We'd done so much trotting and cantering. She's a solid recreational trail rider, but this would have been too much for her.
We rode over the dunes, 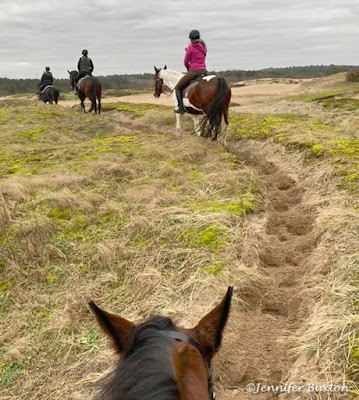 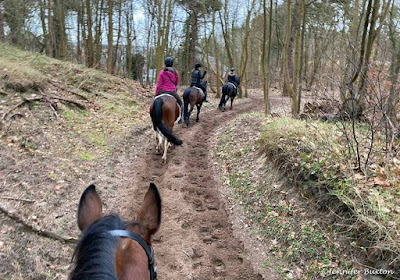 and back into town. 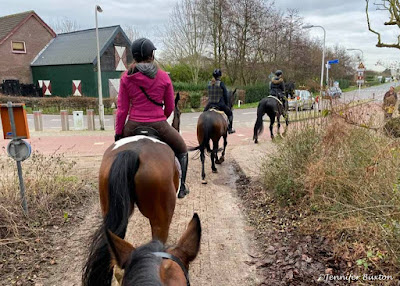 We crossed the road... 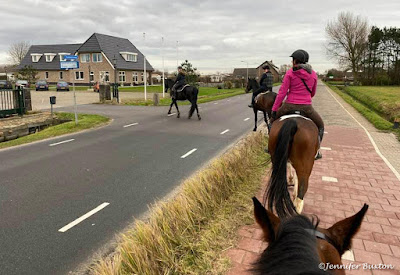 and then we arrived at Manege Bakker. 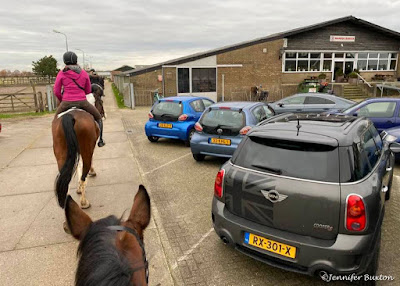 Anne took one last photo of Identity and I put her back in her stall. 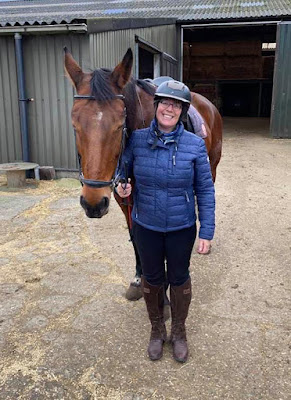 "Good girl, Identity. You really are a nice horse." 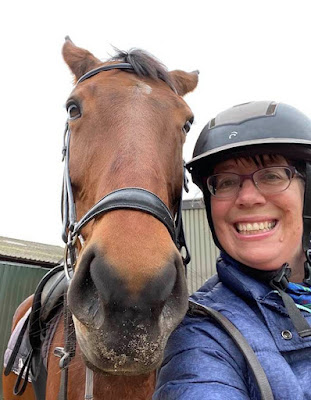 Thank you so much to Anne, Carol and all the Dutch hobbyists who made this day so memorable. I loved riding in the ring, along the road, through the woods, over the dunes and on the beach in the Netherlands!
Posted by Braymere at 4:01 PM