The horses of Europe: Identity, part one

My Dutch friend, Anne van der Weel told me that if were to visit the Netherlands, she would arrange for us to ride horses on the beach.
So on the third day of our European road trip, Carol, Anne and I drove to Manege Bakker in Noordwijkerhout. 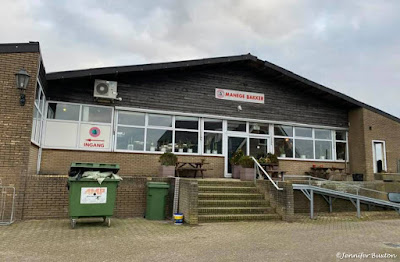 There we met up with five of the hobbyists I'd met at the previous day's NaMoPaiMo party (Anna Dobrowolska-Oczko, Tamzyn Revolta, Charlotte Pijnenburg, Amy de Waal and Marjolein van Baarle) plus one new-to-me person, Vivian Tusveld. We paid for our ride in the office/lounge overlooking the indoor arena. I was surprised to note that I did not have to sign a liability waiver. 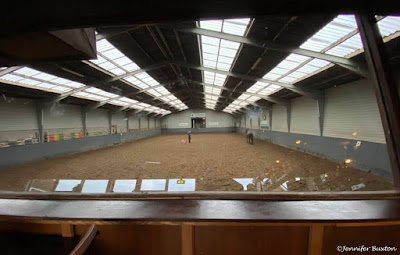 We then proceeded to the barn aisle, where we were assigned our horses. The woman in charge asked me how long I'd been riding and if I preferred a big horse or a little one. I told her,"all my life," and "either is fine." She told me I would be riding Identity.

Each rider was tasked with preparing her horse. I grabbed a couple brushes from the tack room and headed down the barn aisle in search of Identity. 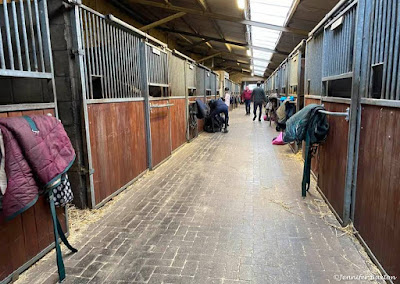 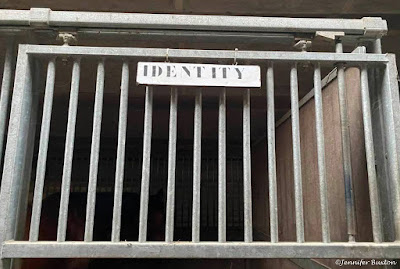 She was big bay mare, who looked pleasant enough until I tried to brush her. At that point she put her ears back and chased me right out the door. 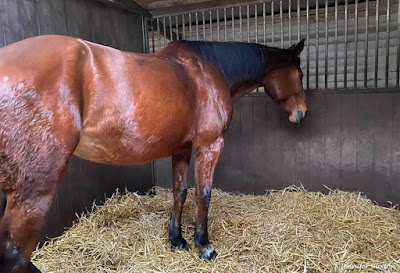 I took a moment to regroup and went in again, this time with a halter I found on her door. Tamzyn held her for me, and I was able to groom and tack her without further incident. 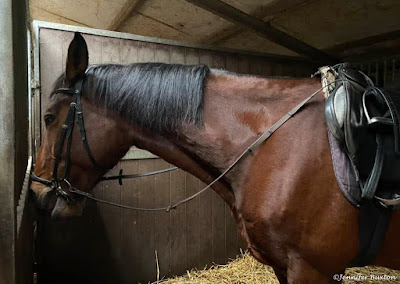 I then led her to the indoor arena, where everyone was waiting to mount. 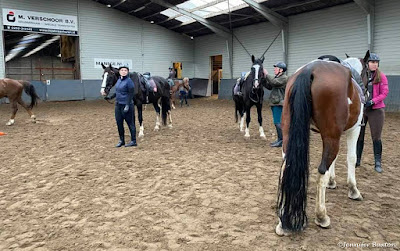 When it was my turn, I asked the person who was assisting what breed of horse Identity was. There was a little bit of a language gap, and it was clear she didn't understand what I was asking. I tried again. She patted my leg, and said, "She's a nice horse." 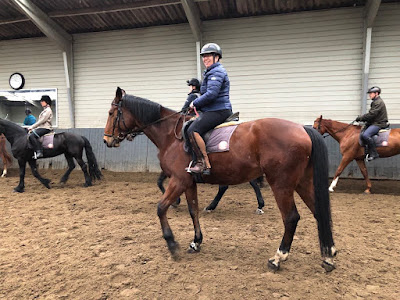 Later, I asked Charlotte to pose the question again, this time in Dutch. This time the answer was Dutch Warmblood. 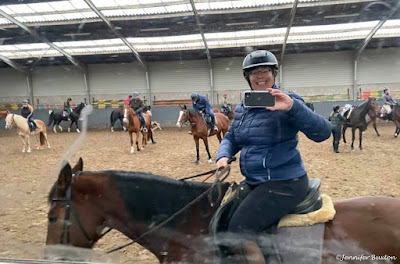 As soon as we were mounted, we were told to go out on the rail and walk. This allowed us to get used to our horses while the staff assessed our riding ability. 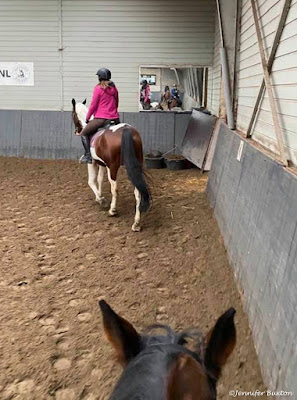 Identity was a little stiff, but she moved out willingly. I felt like I done well being assigned to her. 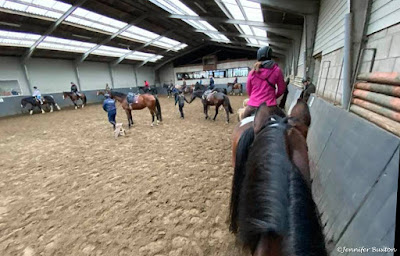 Still, I couldn't help but admire some of my friends' horses, including Anna's Scar, 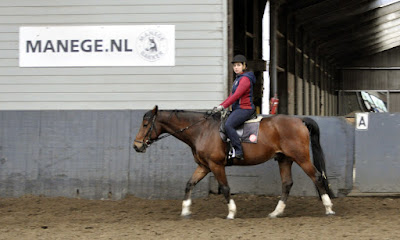 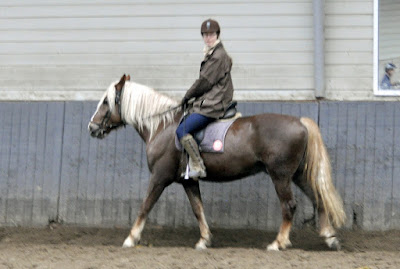 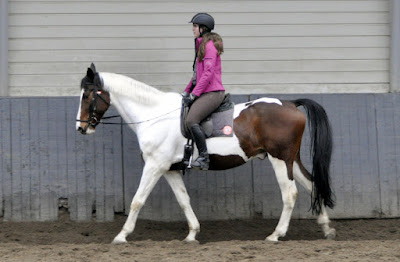 More and more riders came into the ring. It began to feel very crowded.
When everyone was mounted, we were told to trot. It was at this point that Carol decided to call it a day. I was disappointed for her, but I also suspected that she was making a good decision. As it turned out, that was definitely the case.

With that settled, we split into two different groups - model horse hobbyists and everyone else - and headed out. 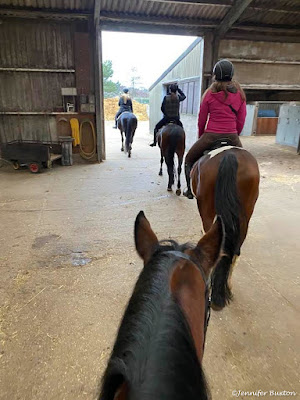 We crossed the road and turned toward the beach. 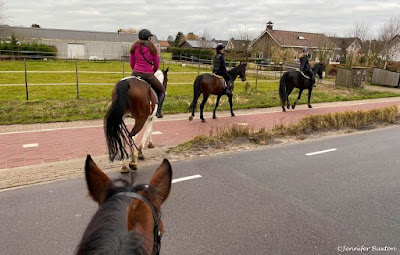 I was so excited. After months of anticipation, my Dutch beach ride was finally happening! 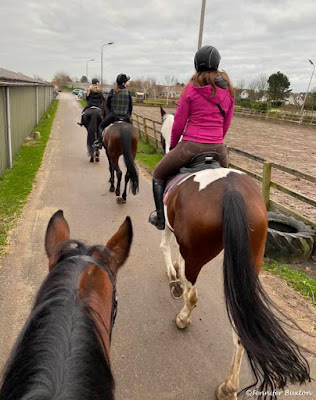 To be continued.
Posted by Braymere at 1:25 PM