I have spent the last three weeks exploring Europe by plane, train, car, carriage, horse and my own two feet. I have seen castles, cathedrals, cities, forests and beaches. I have walked over cobblestones and climbed a million stairs. And through nearly all of it, Carol has been right by my side. 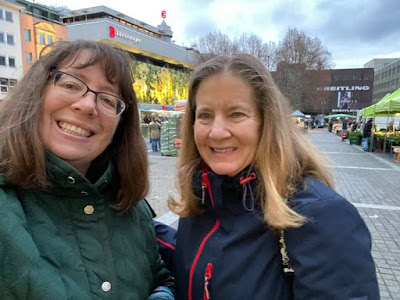 Before today, I'd ventured out without her only twice. Once was for the German NaMoPaiMo party. That was easy because Kim Brandner - who I met the day I rode Tornado - took over the Carol duties. 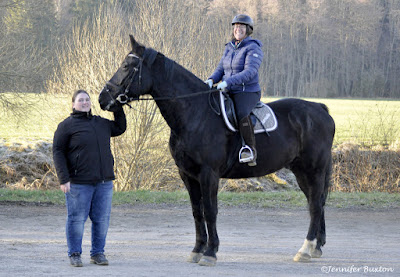 The other time ended in disaster. 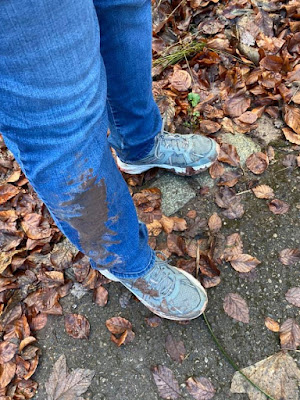 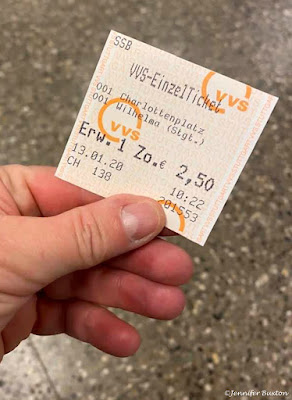 I found the correct platform and boarded the train. 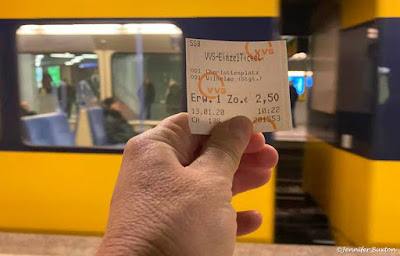 I was feeling pretty proud of myself until I looked down and realized that I hadn't put the memory card in my camera. 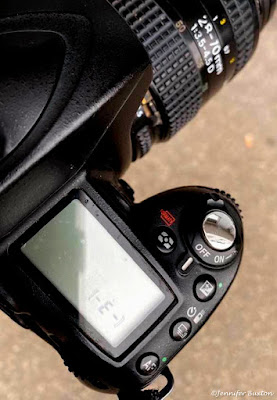 I couldn't go to the zoo without a camera, so I got off at the next stop and attempted to walk back to Carol's house. My phone had no signal so I couldn't use navigation. I got disoriented and things were pretty rough for a while. Eventually, however, I got my bearings and found my way back to Carol's apartment. 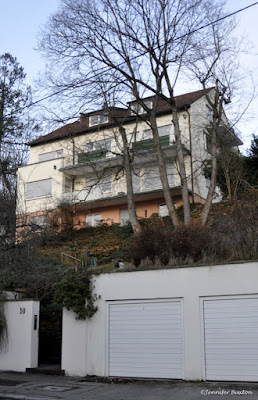 I was cold, tired, frustrated and hungry. I let myself in and made lunch. As I ate, I debated whether or not to call it a day. I was leaning towards staying home. It was only noon, but already it had been a day. Then my eyes wandered to the pile of goodies Helena Ruppert gave me at the party on Saturday. At the time, I didn't know what Mut meant, but I'd googled it since, and now I know it means courage. That seemed like a sign. 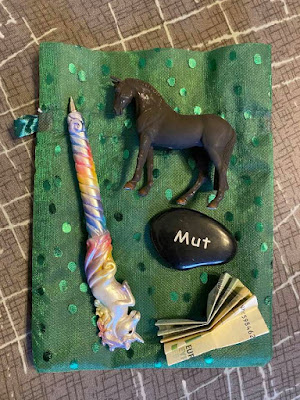 I gathered up my things, put the memory card back in my camera and slipped the Mut rock into my pocket. Then I made the short walk to the first train station and bought a ticket. I changed trains at Charlottenplatz and rode to the zoo. 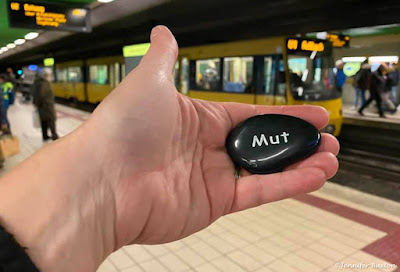 It was actually very easy, but I still felt so accomplished. 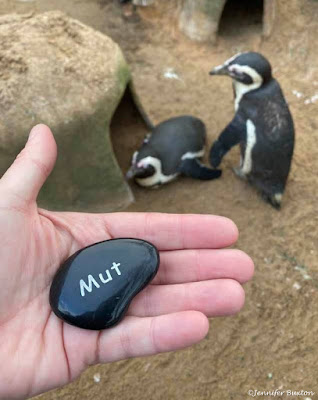