The horses of Europe: Robby

Carol and I rode the train to Bruges, Belgium and discovered a herd of carriage horses on the Market Square. We immediately decided that we were going on a carriage ride. 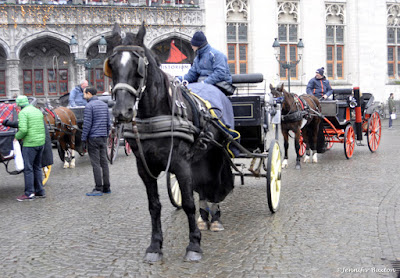 Our horse was a tall, black gelding named Robby. His driver rolled the R in his name, making it sound far more exotic than it looks in print. 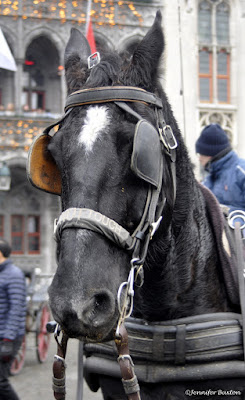 We climbed into the carriage and headed out into the traffic a bold trot. 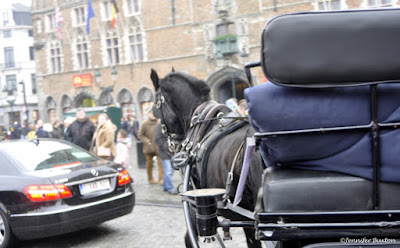 The pace was so quick, one of Carol's gloves blew off her lap and onto the street. Goodbye, glove!
Our driver's alternated between telling us about the history of Bruges and yelling at the cars, bikes and pedestrians that got in his way. 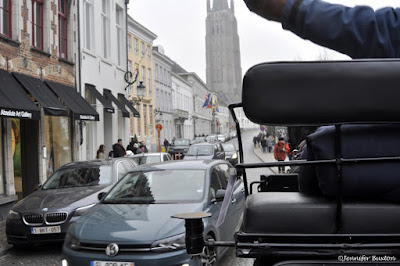 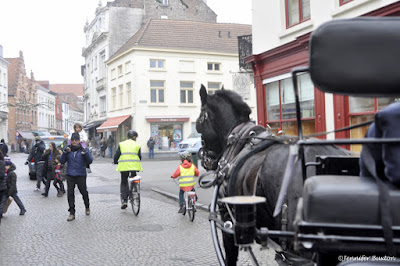 Halfway through our tour, we reached a street lined with carriage horses. 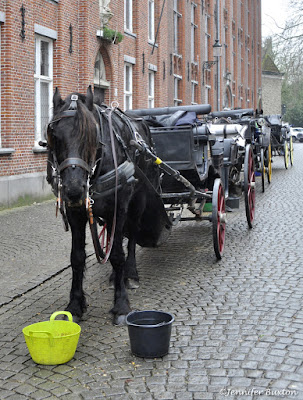 Our driver guided Robby into an empty space and told us it was time for Robby's break. 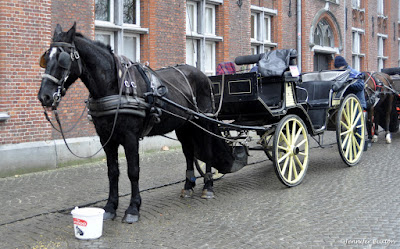 He pointed out a nearby bridge and told us to go walk across it. "Very romantic," he said, once again rolling his R's. 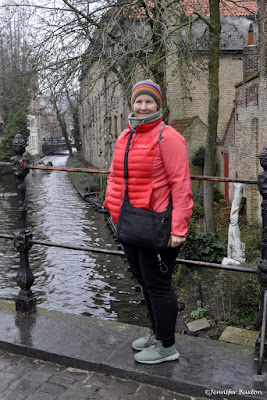 The view from the bridge was nice... 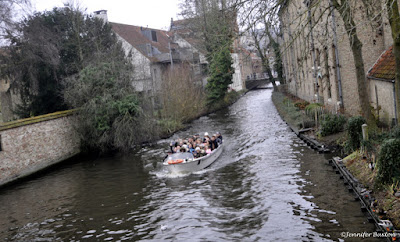 but I was more interested in the view on the street. 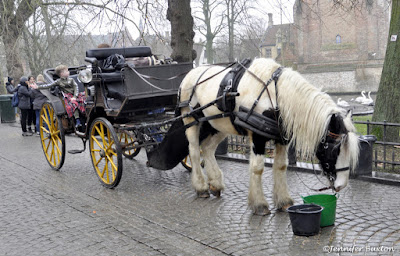 No surprise, we spent most of Robby's break hanging out with him and the other horses. 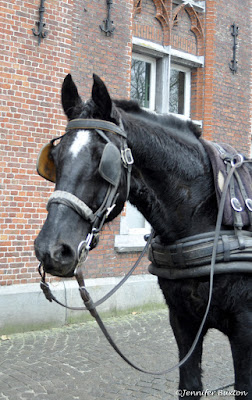 When he was fully rested, we climbed into the carriage and made our way back to Market Place. 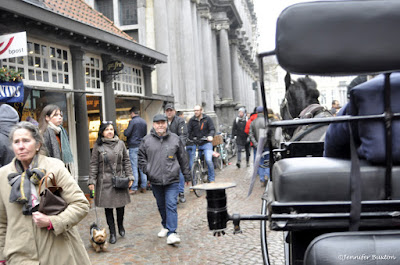 This started out strictly as a horse thing, but it also turned out to be an affordable way to get a private tour of the city. I would absolutely recommend a carriage ride to anyone visiting Bruges.
Thank you so much, Robby! 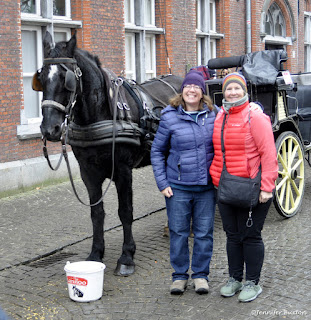 P.S. We retraced our route after the ride and managed to find Carol's glove! 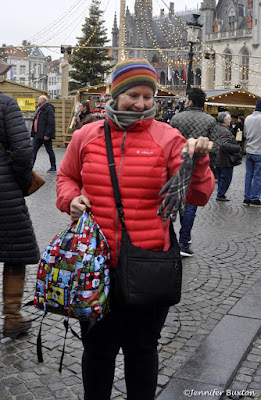