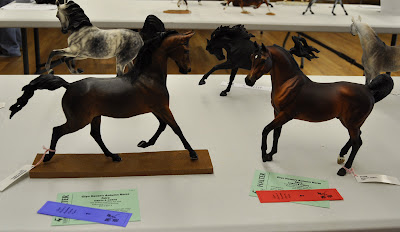 The Arabian Mare/Gelding class was won by Sherre's new Superlumina resin.  Although difficult to photograph, this is a spectacular piece.  Love, love, love the dynamic pose! 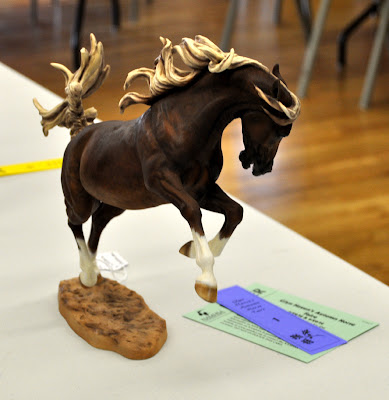 Although he couldn't compete with the flashy chestnut, my quiet little Jafar--the third good bay boy--still managed to earn a NAN card. 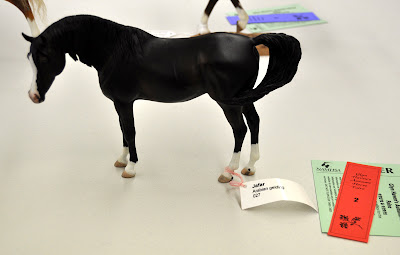 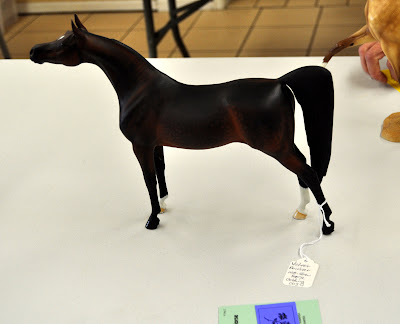 and the Light Breed Champion title went to Khemotigre with the Superlumina in Reserve. 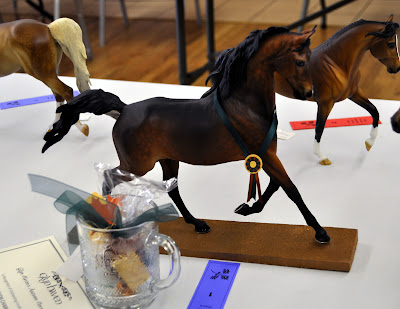 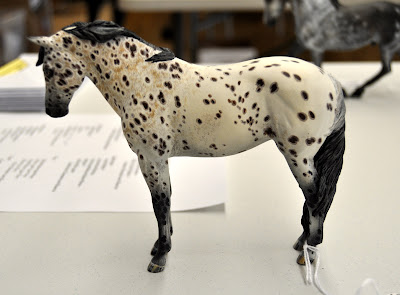 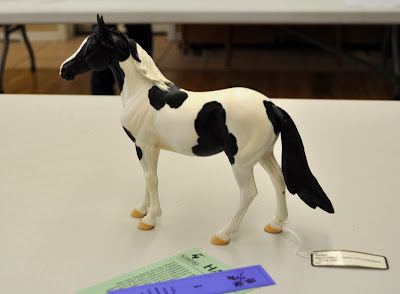 There were quite a few entries in the Heavy Breed pony class, including three of mine... 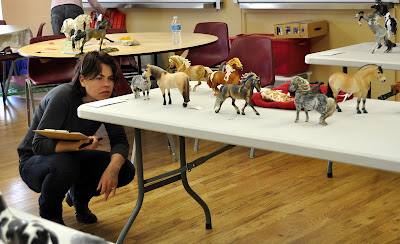 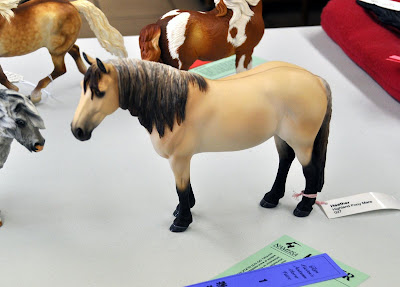 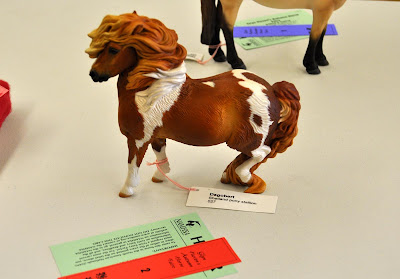 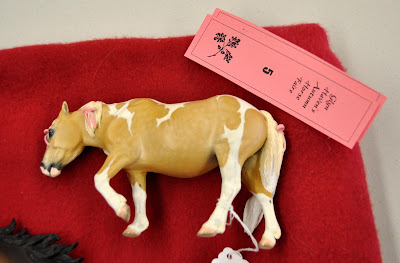 The Other/Mixed Pony Breed class was won by Mabel, but I didn't manage to snap a picture of her with her winnings.  I think I was too busy admiring Sherre's Greylea Whisper! 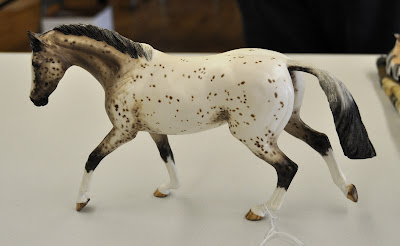 Again, I forgot to take a picture of poor Mabel who was named Champion of the resin pony division.  Heather was Reserve. 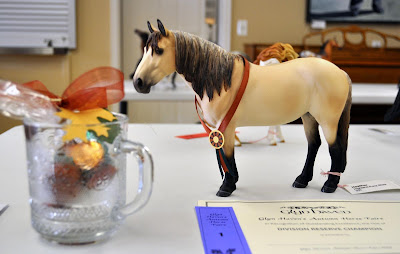 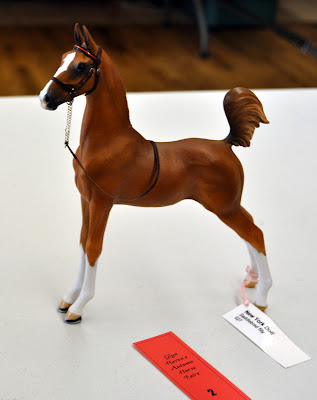 The Sport Foal class was a competitive group with my Gesche and no less than three Eberl Scampolos. 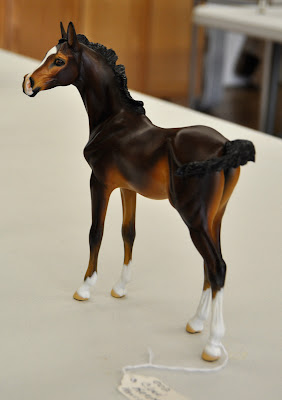 Despite that, it was little Wonderscope who claimed the top prize.  I sure am glad I fixed that ear! 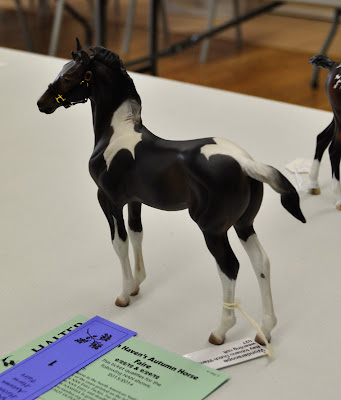 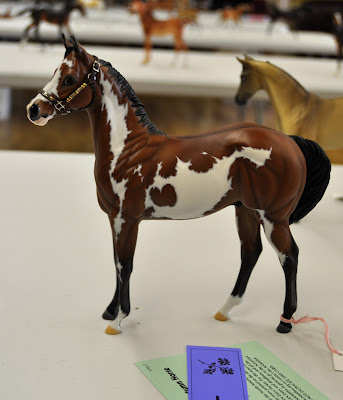 and Gimme S'more, Squee! and Ravenwoods Kibari place one-two-three in the Pony/Other Foal.  S'more and Squee went on to be named champion and reserve of the foal division. 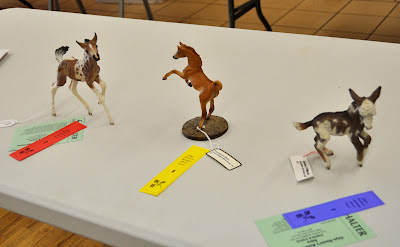 Here's a look at one of the callback tables for the Overall Resin Halter Champions.  So many Braymere horses! 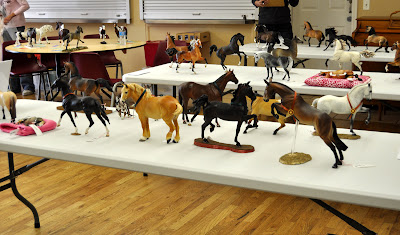 In the end, Octopurdy edged out Validator for the top prize.  Many thanks to Jane Schneider for holding this show and to Jennifer Scott for judging the Resin Halter classes!
Posted by Braymere at 10:05 AM