Glyn Haven's Autumn Horse Faire, held September 22nd and September 29 at the Parker Senior Center in Parker, Colorado, represents my friend Jane Schneider's first outing as a show holder.  Despite that, last Saturday's installment was one of the nicest, most organized model horse events I've ever had the pleasure of attending.

Everything about this show felt special--from the exhibitor swag bags and programs... 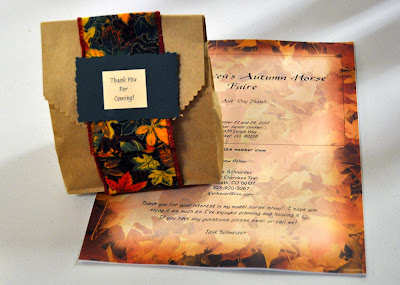 to the extremely organized judges' packets! 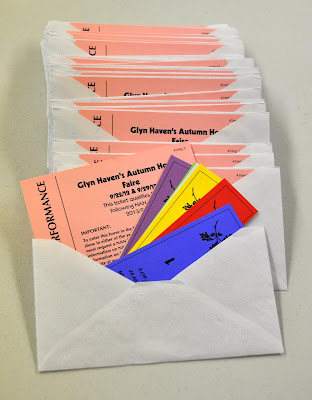 Not surprisingly, the prizes were also first rate.  Sectional champions were certificates, neck sashes (green for champions, rust for reserve) and glass cups filled with candy. 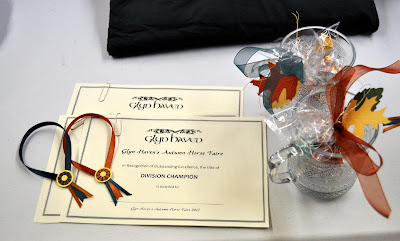 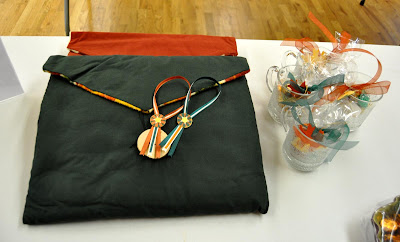 Additionally, each judge was given a special trophy to award to their favorite entry of the day, irrespective of placings. 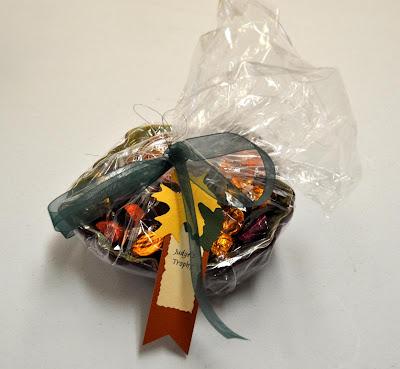 As usual, I brought too many horses... 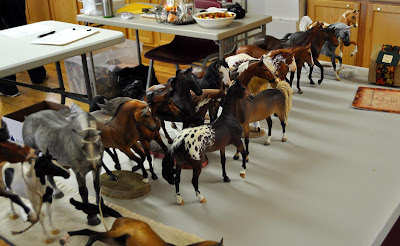 Make that way too many horses! 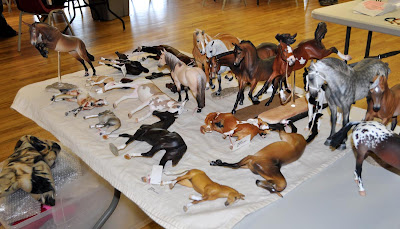 I probably could have made them fit on one table, but fortunately, I didn't have to.  For reasons I do not comprehend, this show was not a sell out.  There were several empty tables in the show hall, and I was allowed to commandeer one of them for my customs and foals. 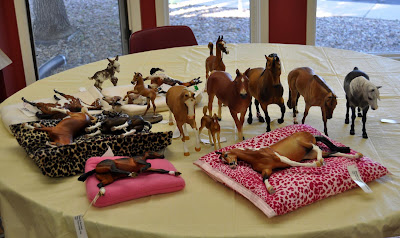 The day's schedule included a dog show with three divisions (performance, conformation and workmanship) which was judged by Jane's daughter, Marianne.  Jennifer Scott judged the Resin Halter, Custom Halter and Resin and Custom Workmanship divisions, and I judged Performance. 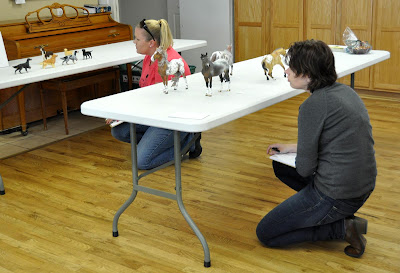 In addition to the regular competition, there were also a number of "fun" classes which were held over the lunch break.  There were three entries in the Sentimental Favorite class.  This was mine. 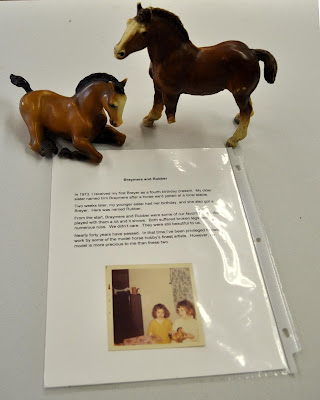 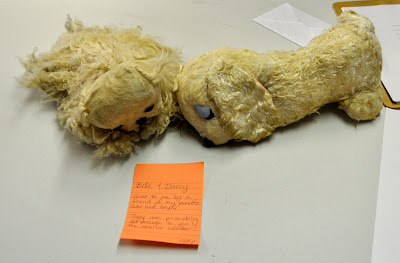 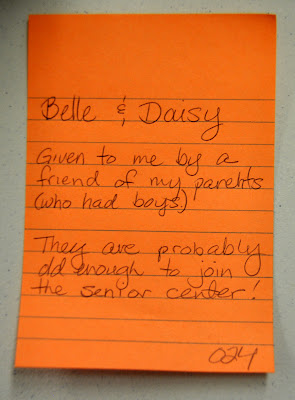 and this was Teresa's. 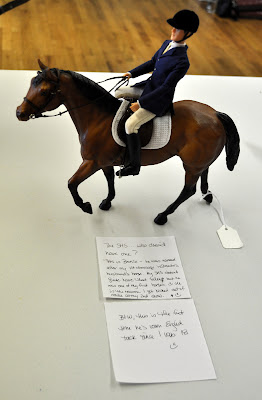 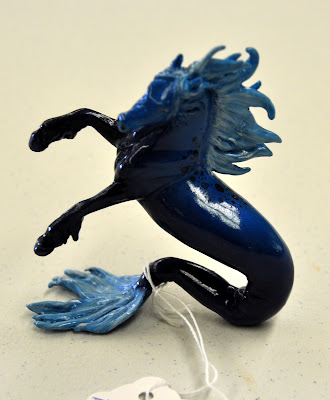 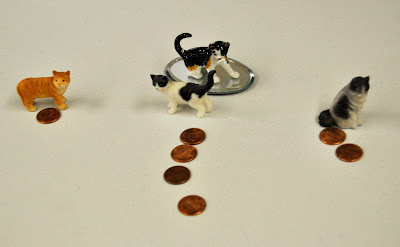 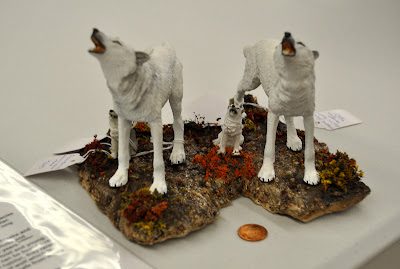 The raffle was also surprisingly wonderful. 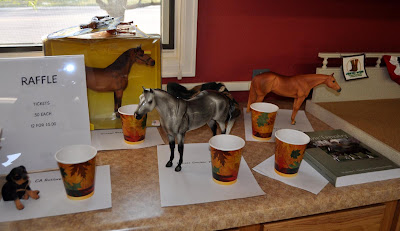 I'll be honest--I'm not usually one for raffles.  At this stage in my life, I'm pretty picky about what I want to own, and it's unusual for me to be tempted by the offerings. 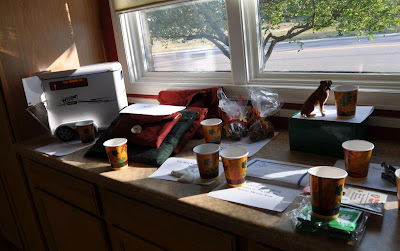 This particular raffle, however, so many lovely, handmade items.  I bought a bunch of tickets and somehow managed to win nearly everything I wanted, including some of Jane's pony pouches... 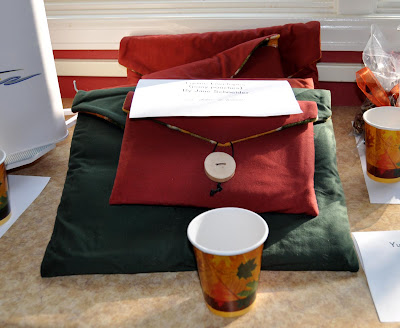 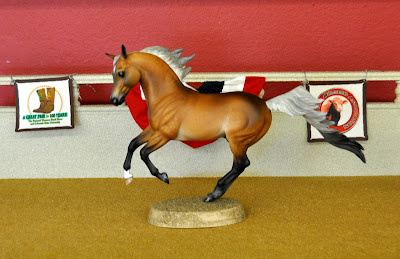 It's worth noting that there were a few things I didn't win.  I "let" Fabian have the Sandicast Quarter Horse... 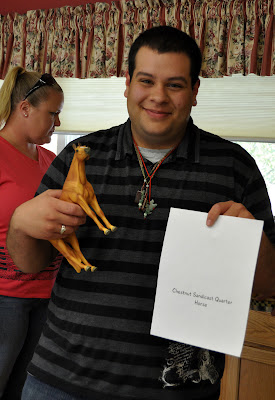 and I split the home made horse treats with Teresa and Marianne. 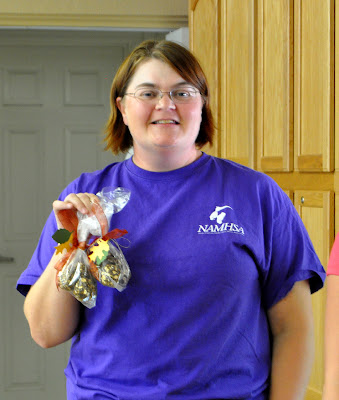 Despite the low shower turnout, this was an outstanding show.  I hope it will become a regular fixture on the Colorado live show calendar!
Posted by Braymere at 3:39 PM