If you looked closely at the first picture in yesterday's post, it's obvious that the horses aren't the only thing filling up the space in my basement's hobby area.  There are also boxes and boxes of stuff.

Although I really wish I could blame someone else, most of those boxes are mine and most are hobby related.  Dealing with them is going to be an even bigger project than dealing with the horses, especially if this first box is any indication.

From the outside, it looks like a jumble of straps... 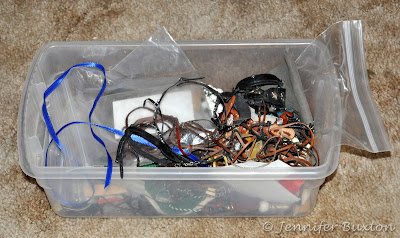 but closer inspection reveals all sort of vintage tack treasures.  This is perhaps my most treasured piece of play tack.  It was made for me by best friend's mother and was featured prominently in our first attempts at model photography. 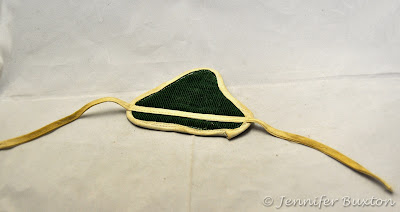 The box also contains my first and third Western saddles... 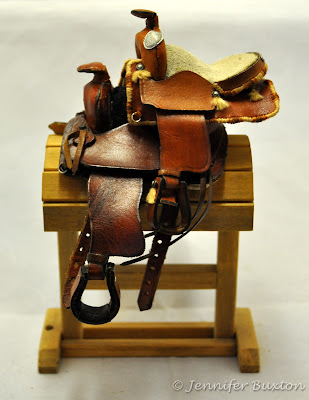 as well as my first English saddle.  This was made from an LE Ross sometime in the mid 1990's.  It would be another half decade before I attempted another English saddle. 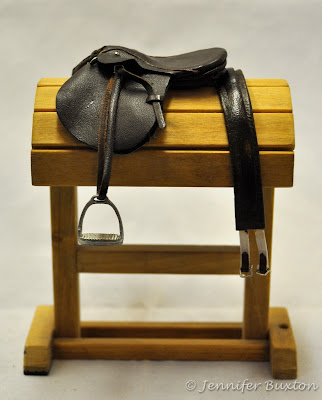 Some of my older work has held up pretty well.  None of these items are marked, but I'm pretty sure these pieces were used on my first generation of live show performance horses. 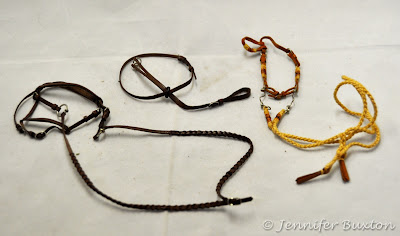 Other pieces from the same era, haven't fared as well.  Once upon a time this used to be a nice draft horse presentation bridle. 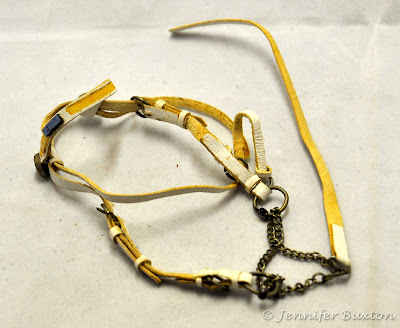 This beaded strip with added fringe was my first attempt at creating an Indian costume. 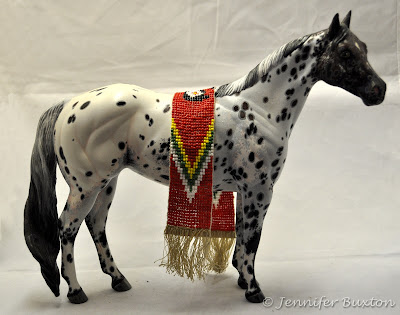 Several years later, I tried again.  The brown frame saddle was made in the early 1990's from some rubbery green two part epoxy that I bought at the hardware store.  The other saddle and bridle date back to the early 2000's.  With a little bit of work, I think they could be made competitive for today's show ring. 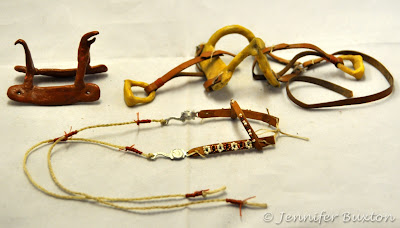 This assortment of training tack was also made during the early 2000's.  That was a time of great growth for me as a tackmaker, and these pieces are perfect examples of my developing skills. 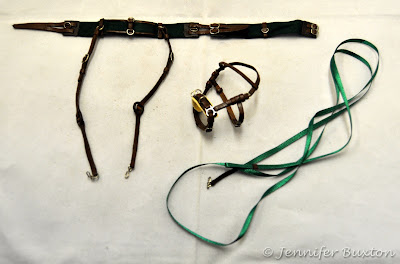 Mixed in among the finished pieces are some experiments.  That's an Arab costume tree made from Jennifer Baker Wilson's costume book, an old racing saddle tree, splint boots with velcro closures and a double bridle with an handmade bit. 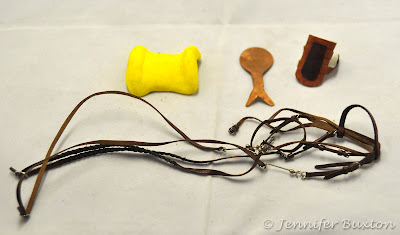 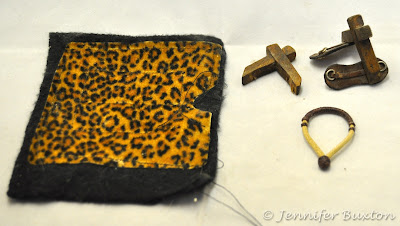 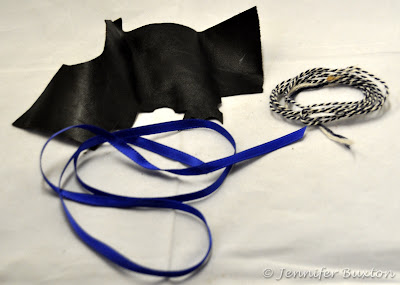 As far as my space making project goes, this box was a bust.  None of these items are going anywhere.  Oh well.  I wonder what's in the next box?
Posted by Braymere at 3:13 PM