This quirky little show was fifteen classes of open ended, creative awesomeness. Judging took place last week, and Shannon made a winners' collage for each class. She's kindly allowed me to share here, so without any further ado, here's class number one, "Always a Bridesmaid..." This was a class for models that had not previously won a class. Queen B kept her non-winning streak in tact, as did my other entry, Tuscalero. 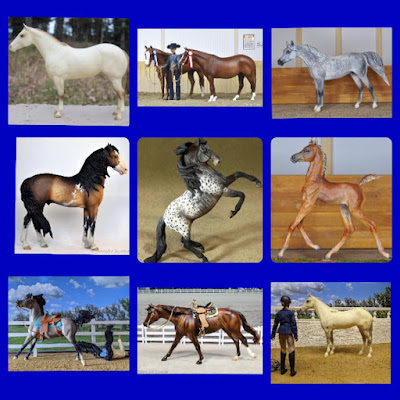 "Show Offs From 2020" was next. I entered three models (the class limit) and picked up another fourth place with Beethoven. 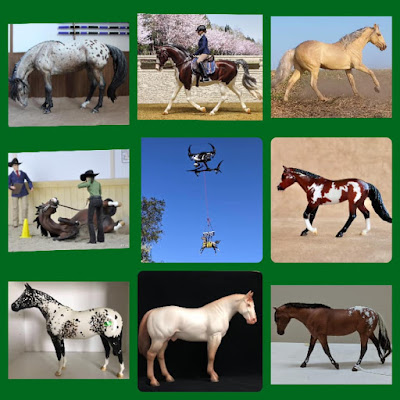 The third class was called UNREAL. I did enter, but fantasy is not my strong suit. My entries didn't make the cut, and rightfully so. Congratulations to Danielle for taking top honors in this one. 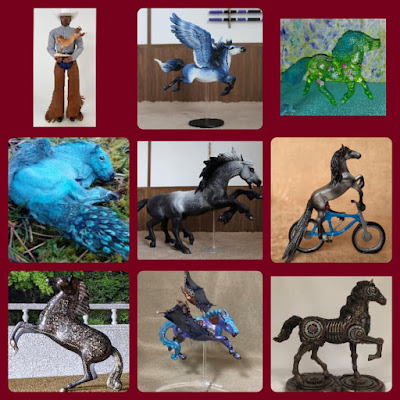 "Ah, Youth!" was next. Uno and the corgis won this one, and Love N Stuff picked up another fourth for Team Braymere.
Class four was "Playing Favorites." Nejmet Es Subh placed sixth, and Poka Tia got an honorable mention. 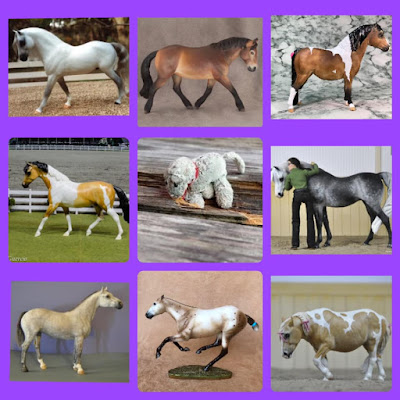 "Cause a Scene" might have been my favorite class in the show. Look at all these wonderful entries! I am humbled and amazed that the judges place Beep first in such stiff competition. 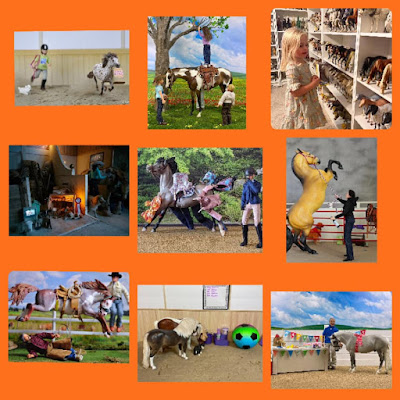 Onto "Got Spots?" With fifty eight entries, this was the biggest class. Once Upon a Time and her Dalmatian, Tops, placed fifth with a photo I took for the April Photo Challenge. 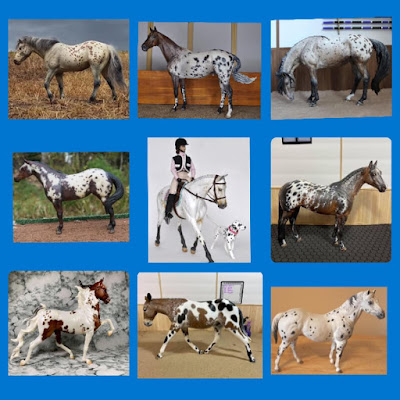 The next class was "I Made This". I've made a lot of hobby things, but the best I could do this time was an honorable mention for Bubbles, her snail and a stack of saddles. My friend, Bobbie, won this one with her amazing and tiny Chagu Chagu Ummako ("Jingle Jangle Horse") costume. 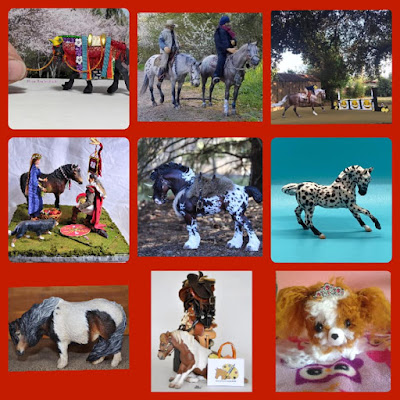 "So Real" was the only class where all three of my horses made it into the collage. That's Hawkward in third and Rat Bait and Rune with honorable mentions. Woo hoo! 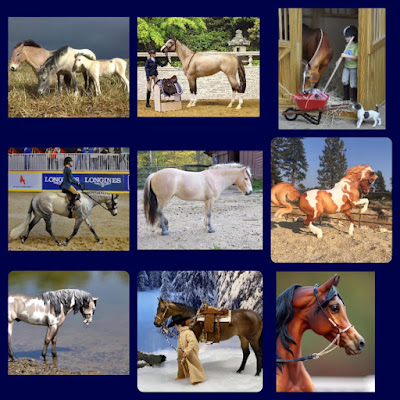 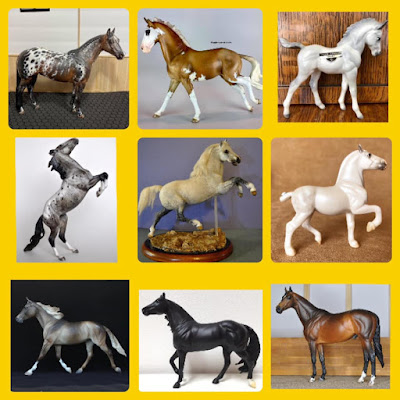 and Dagobert - who is definitely not for sale - got an honorable mention in the "For Sale" class. I probably should given this one a pass, but I saw an opening and couldn't resist. I'm glad the judges didn't mind! 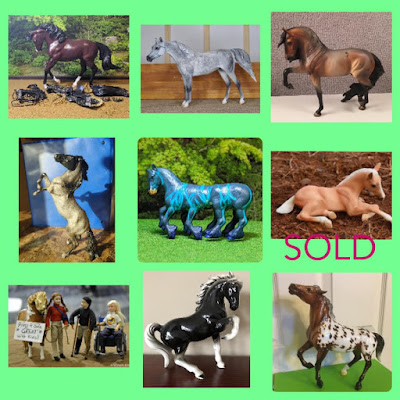 "Animalia" was next. Abbie and Iamafam placed fourth. I really like Juliane's winning snails and slugs. 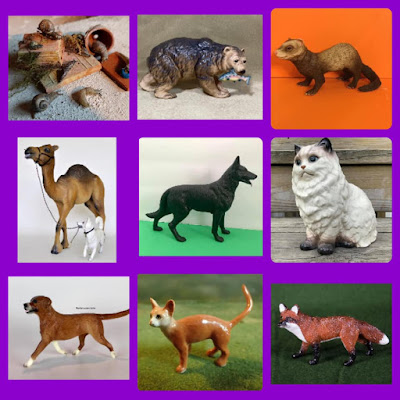 "Flat Ponies" was basically a medallion class, although it looks like one clever person entered a drawing. My entry didn't place, but no complaints. Look at how tough this competition. I especially love Julia's winning entry. 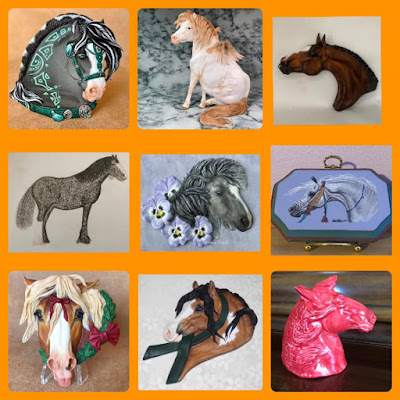 The second to last class was called "One of These Things Is Not Like The Others." My little pajama pony, Buttons, place third behind entries by my friends, Lynn and Bobbie. As much as I like winning, I don't mind being beaten by friends. 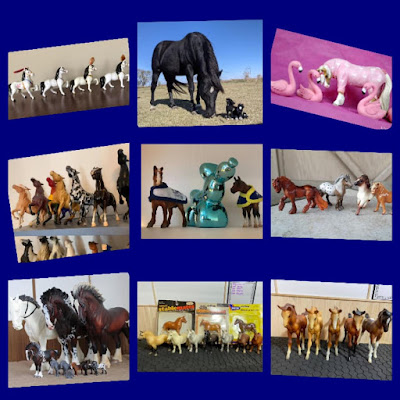 Finally, the last class was "Living Breathing Animals." This one was won by Bobbie's road tripping rooster, Fraggle, a result with which I wholeheartedly agree. My no-longer-breathing rat, Nutmeg, was third and Darcy was fourth. Emma did not place. Please don't tell her. 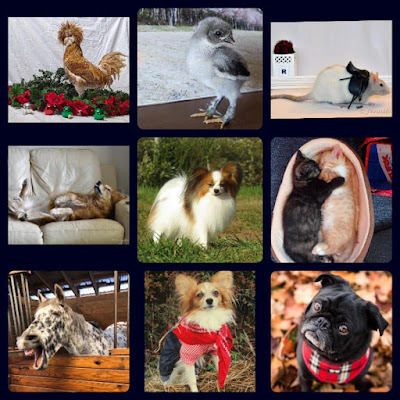 This show didn't have an Overall Champion or Reserve, and I didn't win the custom stablemate raffle or any of the Judge's Choice Awards. Still, I'm happy with my placings. Thank you, Shannon, for holding such a fun show. I'm glad I entered.
Posted by Braymere at 9:01 AM