Here's the thing about BreyerFest: You can't do it all. There are too many overlapping events at too many different locations. Even if you wanted to, it's literally impossible to do everything.

I tried to do too many things in 2017. This is a common rookie mistake, and predictably, I ended up overextended, overheated and over-emotional. This year, I vowed to do better: I would only attend events in the main Breyer areas, I wouldn't go on long walks around the Park, and I wouldn't try to see all the real horses... Except for Point Given.
Of all the horses who didn't win the Triple Crown between 1978 and 2015, none of them were more deserving than Point Given. The "Big Red Train" was a beast of a horse. He was fast, versatile, dominant. I loved him. 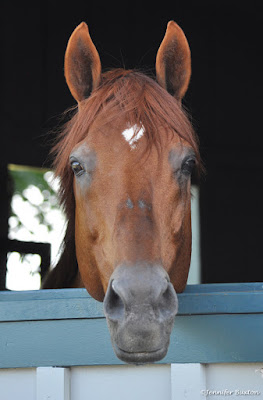 Point Given was pensioned and relocated to the Kentucky Horse Park's Hall of Champions in 2018. 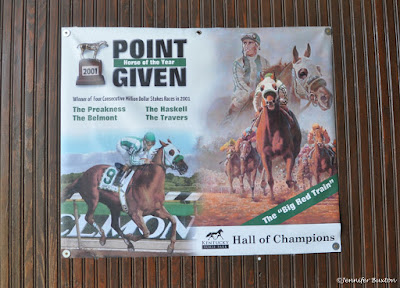 There was no way I was going to spend three days at the Kentucky Horse Park without seeing Point Given. 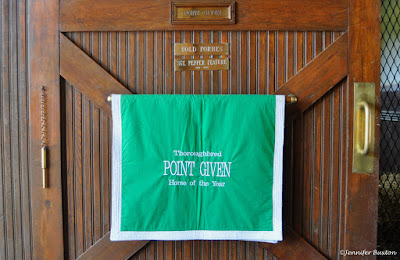 He wasn't visible during my first pass through the Hall of Champions on Friday. I took a few pictures of his things and vowed to come back. 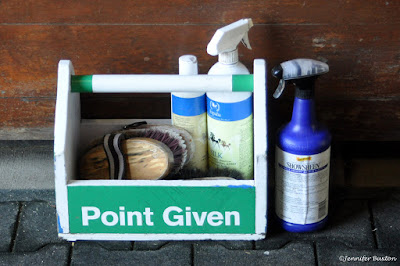 Fortunately, he had his head out of the window for most of the BreferFest Benefit Live Auction on Saturday. 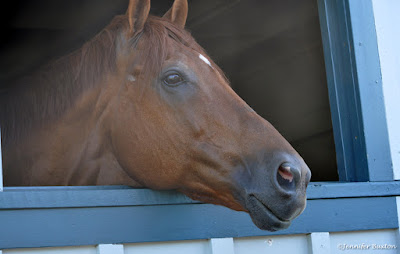 I was delighted when I saw him there and immediately joined the crowd of people taking his picture... 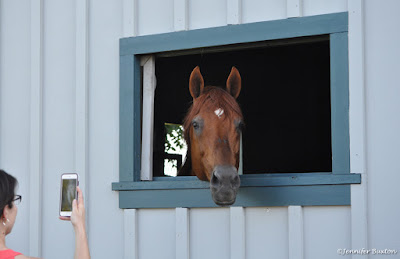 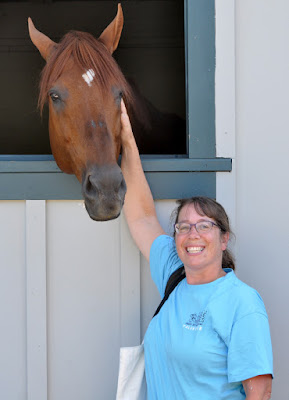 and he surprised me with a big and unexpected kiss. 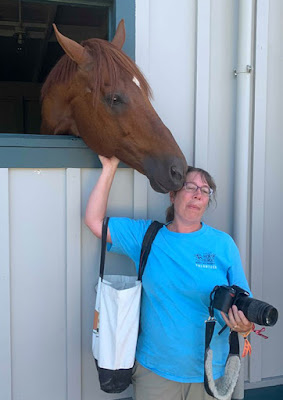 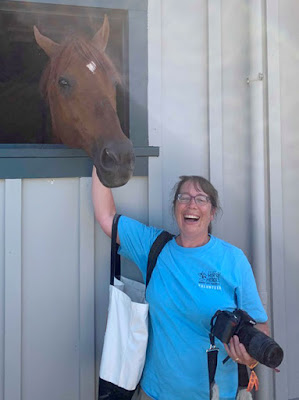 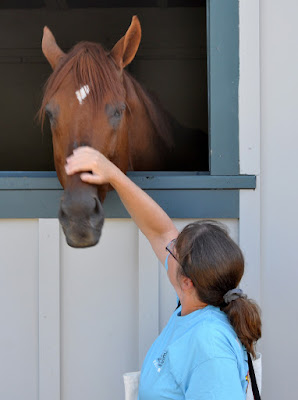 On Sunday, I went back to the Hall of Champions to watch the presentation of champions. As luck would have it, Point Given was the main event. 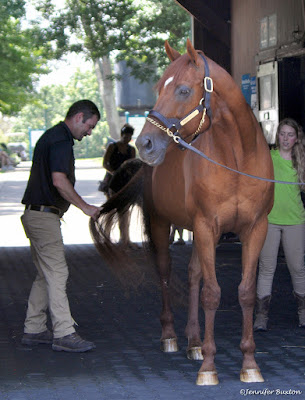 He looks absolutely fabulous and seems to be thriving in new role. I'm so glad I got to meet him. 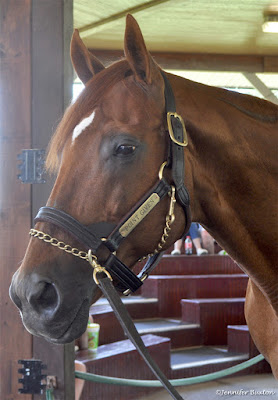 If you're planning to attend your first BreyerFest in 2020, don't try to do all the things but do set aside some time to visit Point Given. Trust me, he's worth it.
Posted by Braymere at 5:43 PM