Since I got back from BreyerFest, I've been riding the usual cast of characters: Santana, 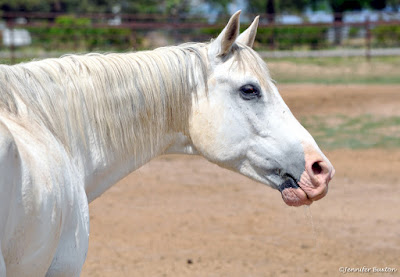 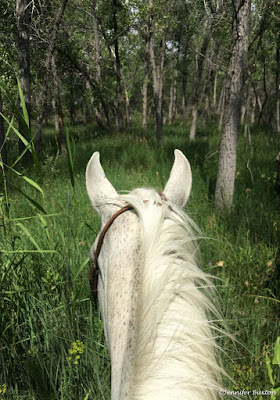 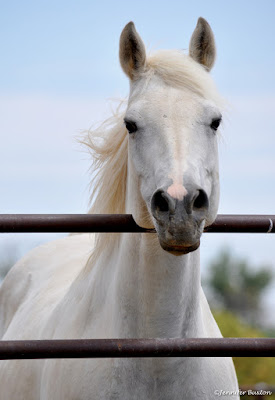 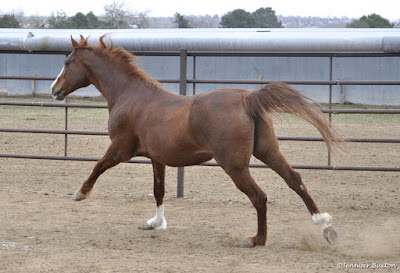 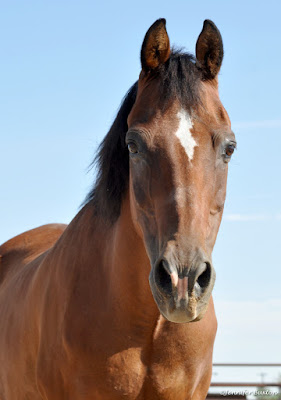 and Thunder, although now that his owner is back in the saddle, I'm riding him a lot less. 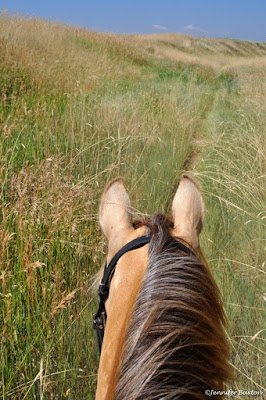 That's actually a good thing, because as much as I enjoy riding Thunder, I like riding with his owner even more! 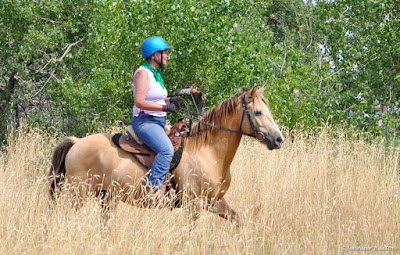 Thanks to the beavers, the river bottom is still a swampy mess. I've been down there a couple times... 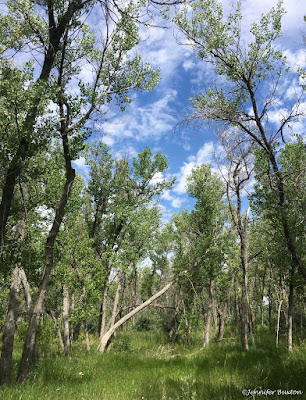 but mostly we've been staying up high where the footing is good... 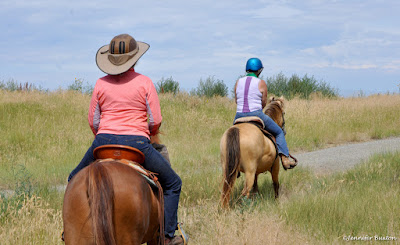 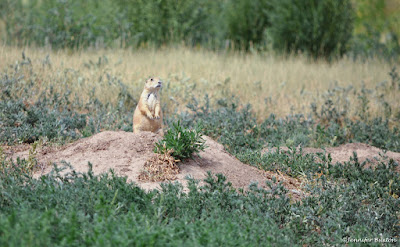 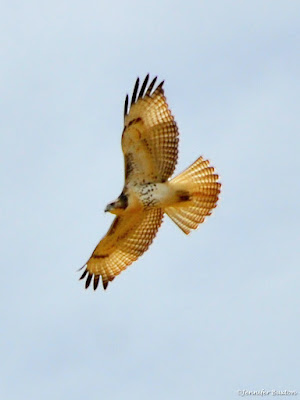 Recently, I've been obsessed with stalking a litter of coyote puppies that have been roaming our trails. Most of the sightings... 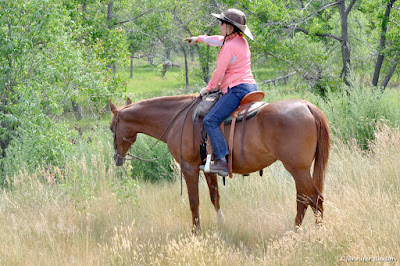 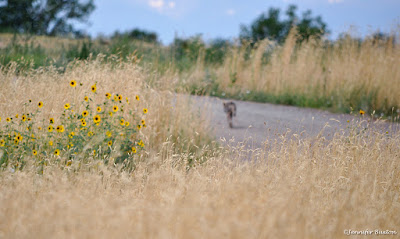 but yesterday, my persistence was finally rewarded. 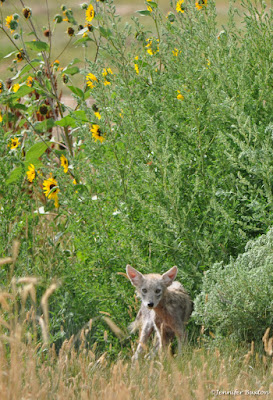 July has been a really great month for riding. I hope August is even half as good!
Posted by Braymere at 4:01 PM