The vast majority of BreyerFest takes place at one of two locations: the Kentucky Horse Park and the Clarion Hotel. The Horse Park events don't begin until Friday, so Thursday was spent almost entirely at the Clarion.

My morning activities centered around room shopping and socializing. 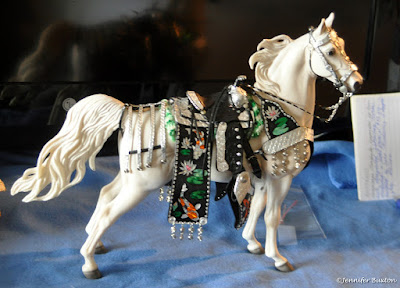 At noon, vendors were allowed into the Artistan's Gallery to begin set-up. Since NaMoPaiMo had a table, I headed over there and started unpacking my horses.
Almost immediately, I got a text from my roommate, Kylee Parks, asking if I could help her tack up her Best Customs Contest horses. Of course, I said yes. Like everyone else, I was dying to see what she'd made. 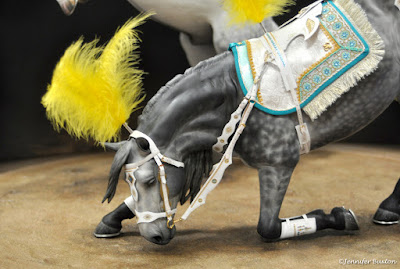 After the horses were tacked, I returned to the Artisan's Gallery. There was a new box on my table, but I didn't open it. I just assumed it was a NaMoPaiMo model drop-off. After a while, Tiffany came over and said, "You really ought to open that box from Melissa." 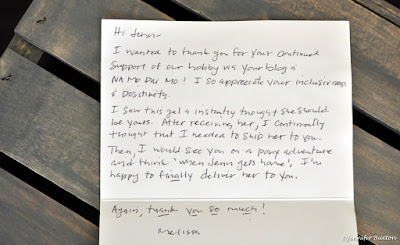 Inside I found the most amazing thing. 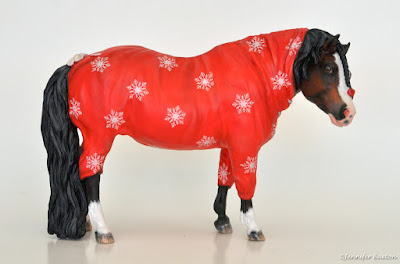 It's Cookie, the original pajama pony by Franceyn Dare. I love this model so much, and I still can't believe she belongs to me. Thank you, Melissa Hart. I am humbled and honored by your generous gift. 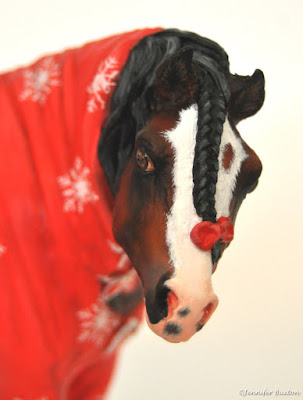 After that, the day is kind of a blur. The Artisan's Gallery opened at 5:30, and I spent the next five and a half hours talking, selling and also ogling all the amazing things in that room. 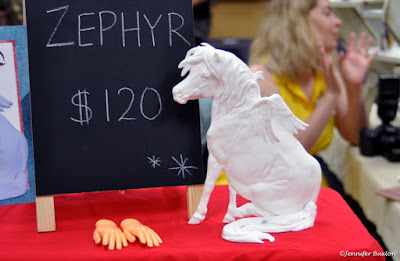 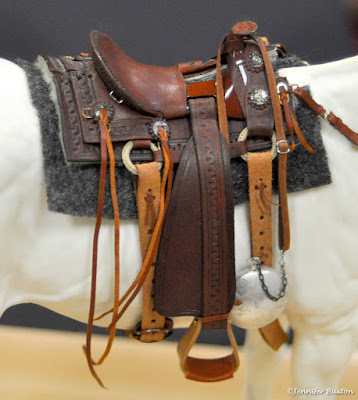 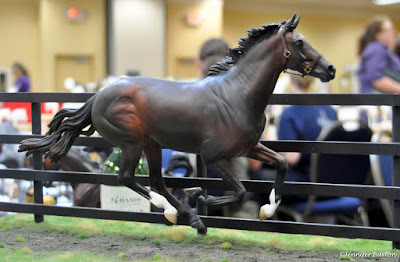 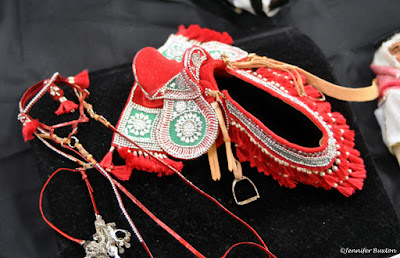 It was such a privilege to rub shoulders with so many of the hobby's best artists. BreyerFest Thursday was really wonderful, and not just because I Melissa gave me a Cookie!
Posted by Braymere at 10:12 AM