I didn't go riding yesterday, which is the first time that's happened in more than a week. I made up for it by riding two horses today. The first was Mikey. 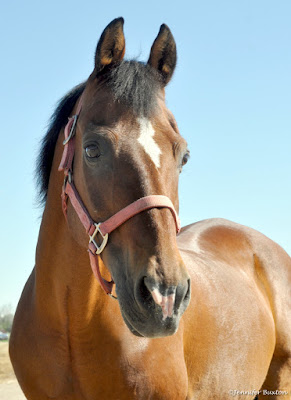 Mikey is a twenty five year old Morgan gelding. His owner is on vacation this week, and asked if I could take him out for her. 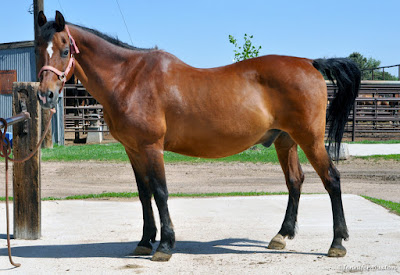 Of course, I was happy to oblige. 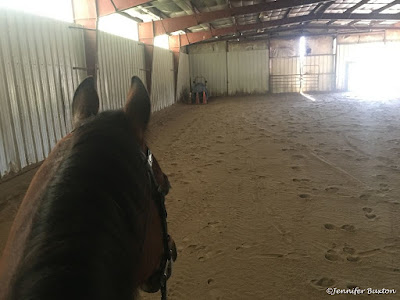 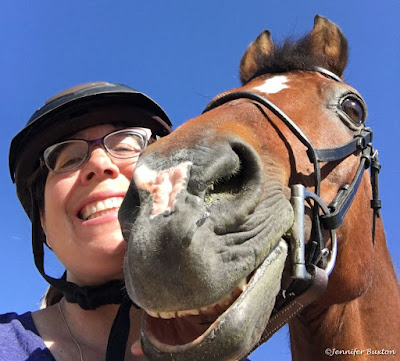 After I was done with Mikey, I saddled Thunder and headed down the trail with Mary Jo. We had a cold and wet May, and all of Colorado is out of drought for the first time in recent memory. Statewide snowpack levels are currently at five hundred thirty nine percent of the season-to-date average and twenty three times higher than they were this time last year. All of which explains why today's ride was really wet. 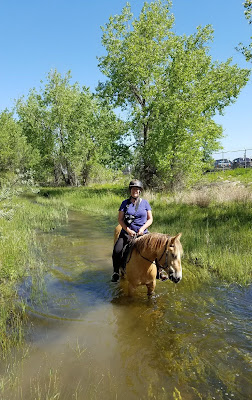 This is the first river crossing, which is usually just a tiny trickle. 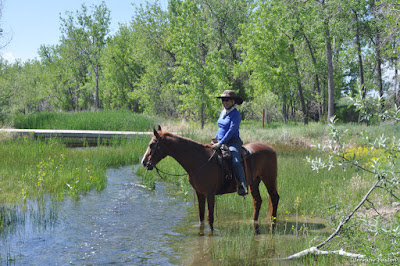 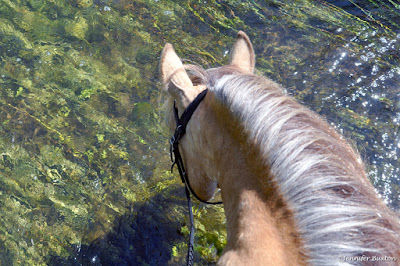 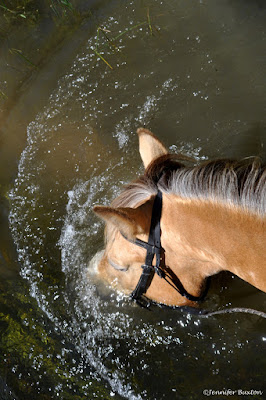 and dropped my lens cap into the water. 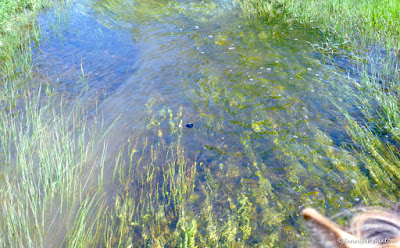 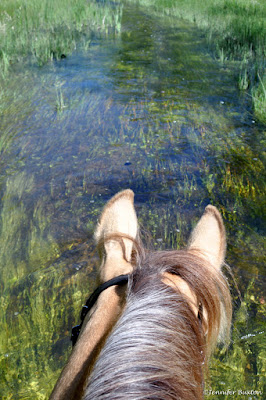 We rode the bike/bridle path along the southern edge of the Aurora Sports Park, crossing paths with a medium sized bull snake along the way. Not my favorite, but I'd much rather share the trail with this guy than the giant rattlesnake we saw a couple weeks ago! 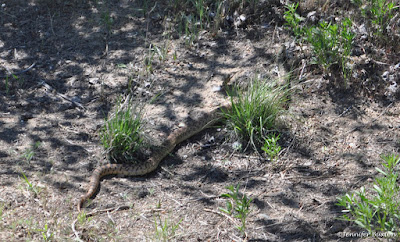 We crossed the creek again. 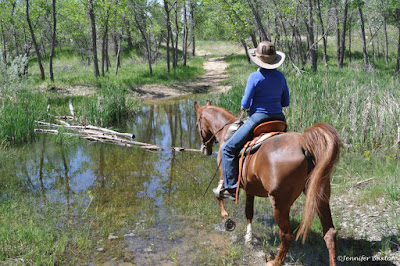 This time the water came all the way up to my boots! 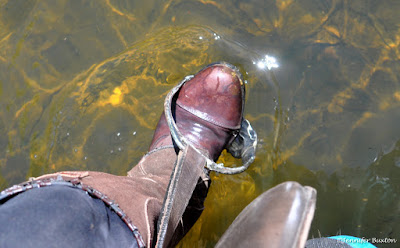 We checked on the construction... 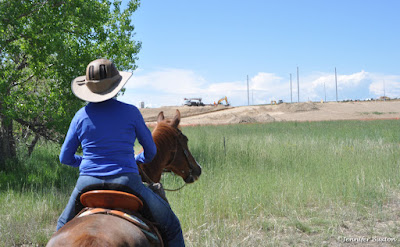 Then we dropped back down into the river bottom. 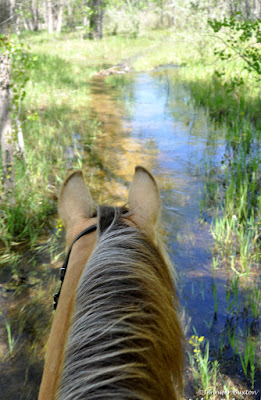 All our trails were underwater.
The horses were really good, but by this point, they were pretty tired of wading. 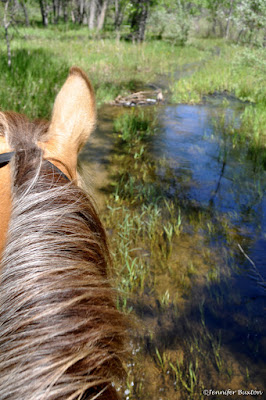 We cut back up to the top, where the grass was as high as the water had been deep. 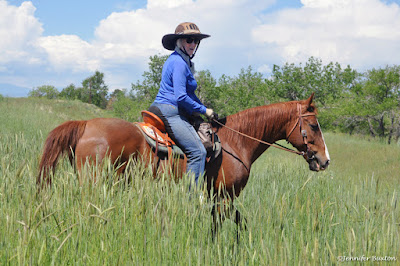 Both horses liked this a lot better. 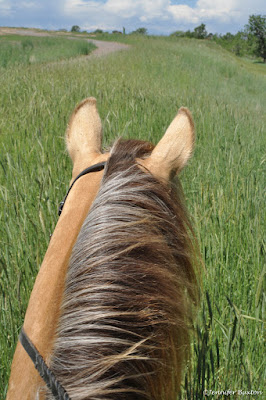 What a difference a year makes! Last June was hot, dry and miserable, and my only mount was dear, old Santana. This year, there are horses - and water! - everywhere. It's overwhelming and wonderful and I am loving every wet minute of it.
Posted by Braymere at 4:11 PM