At this time last year, I was preparing my performance entries for a live show that was scheduled to be held by Jim West and Nancy Dement. The prize for the Overall Performance Champion was a saddle by Laura Skillern.

I wanted that saddle bad.

After Jim died, the show was cancelled. No one had the heart to attend, myself included.

But I still wanted that saddle.

Earlier this year, Jenn and I decided to make our dream show a reality. I knew I wanted a lot of saddle prizes, so I got in touch with Laura Skillern. 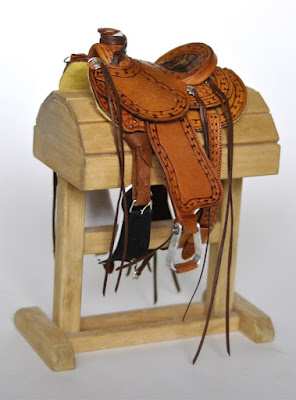 It won't be here long, however. This saddle, and its accompanying bosal, is going to be awarded to the Champion Novice Performance Shower. 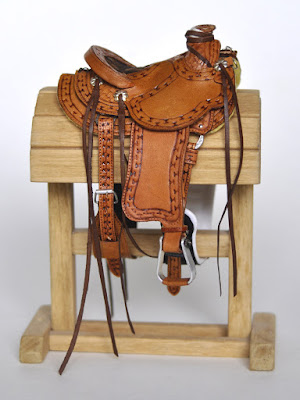 The bosal, with its unique hanger, was inspired by my recent post featuring photos from the Buck Brannaman clinic. 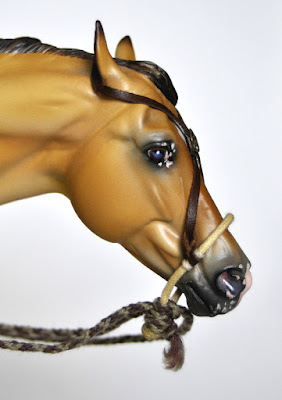 Laura is a Buck Brannaman fan and had this to say about her donation: I like the metaphor of the bosal being the next step up from the snaffle in Buck's method. The winner will be earning their bosal, aka graduating to the next phase of their performance career. They are not "finished" yet, but they've demonstrated their growth as a shower. 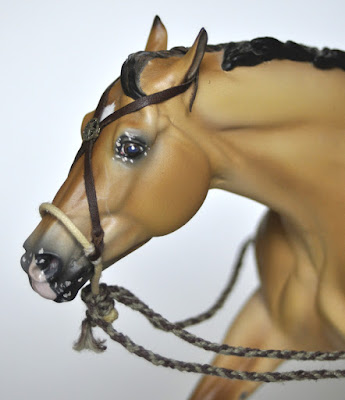 I love the sentiment, Laura, and I love this saddle set. I still wish it was mine, but I will be really proud to share it with the Jennifer Show's most promising Novice Performance shower.
Posted by Braymere at 4:29 PM

Labels: Tack by other tackmakers, The Jennifer Show