One of the features of the Jennifer Show was a new and expanded performance championship structure. Each division had two separate champions and reserve champions, with one set of awards going to the top individual models and the other going to the winningest showers. I didn't know exactly how this would play out, but after a most amazing Other Performance division, the top performers in both categories were clear. 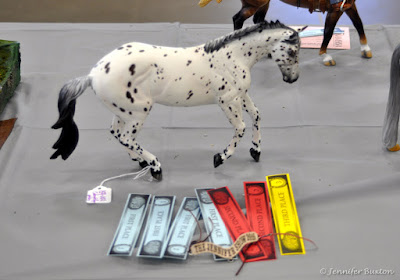 With a top placing in Other Ethnic/Historical Costume and a fourth in Other Performance, Erin Corbett's Treats?! picked up Reserve Champion Horse honors. 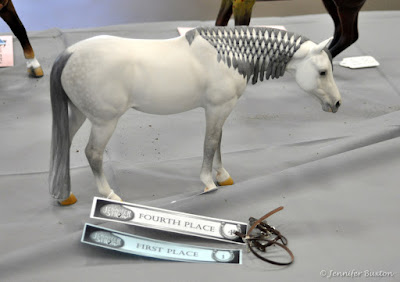 On the shower side of the equation, Niki Hertzog's team of six earned her the Reserve Champion Shower title.

She was bested by Sandy Sanderson who showed... fourteen?... separate horses in the first ten classes. It was an amazing achievement and also a sign of things to come. 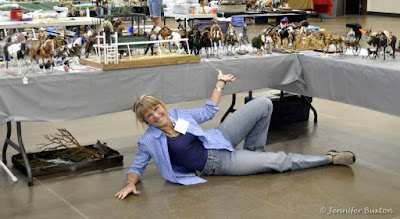 English Performance is next!
Posted by Braymere at 8:27 PM