Picking up where I left off yesterday, the next class in the Other Performance division at last Saturday's Jennifer Show was Parade. 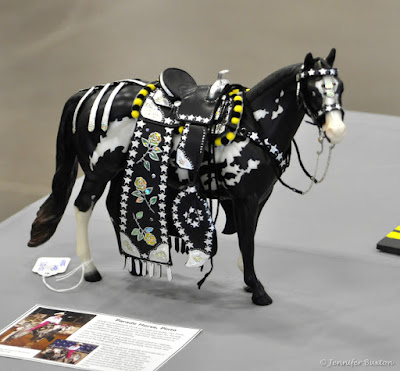 Again, this was another big, competitive class... 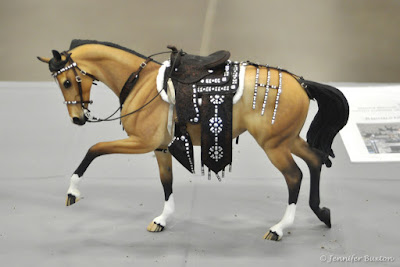 with a lot of top notch entries. 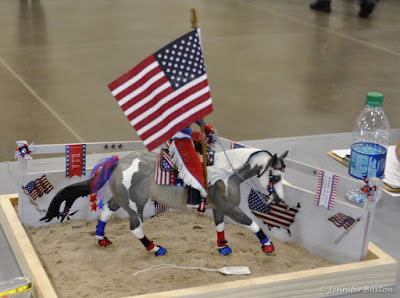 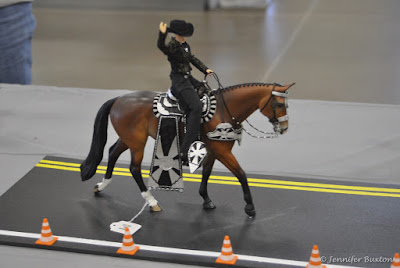 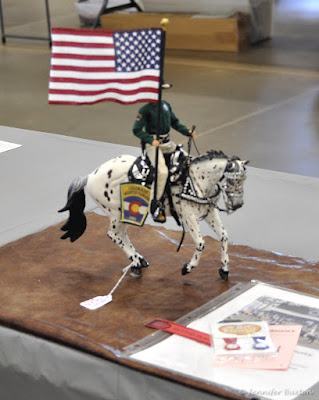 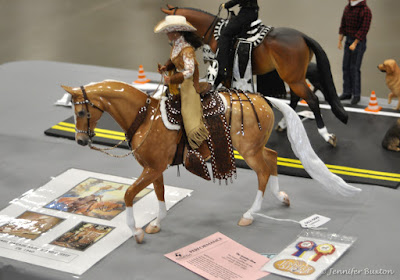 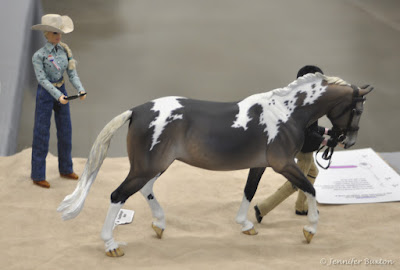 This is not my favorite class, so I didn't pay close attention... 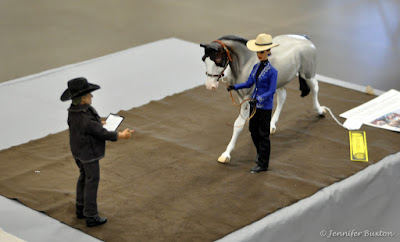 to any of the entries... 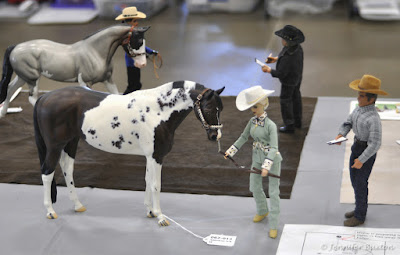 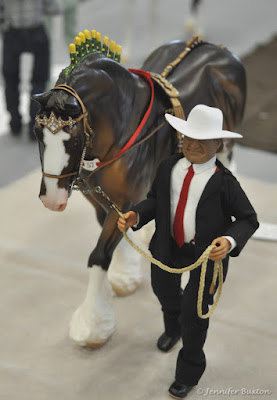 This is Niki Hertzog's Julian, wearing a really lovely set of in-hand stallion tack. This looks like it was custom made for Shannondell, but Niki said she'd owned it for a while. It was just a happy coincidence that it fit him so perfectly! 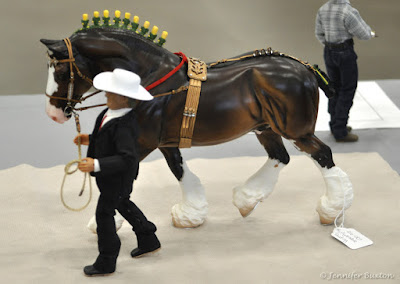 Apparently, Sheila was as impressed as I was, since this one the class! 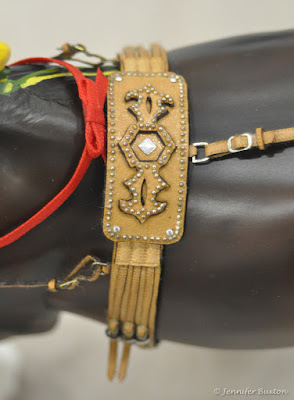 There were a lot of neat set-ups in this one, but I was too busy elsewhere to photograph most of them. 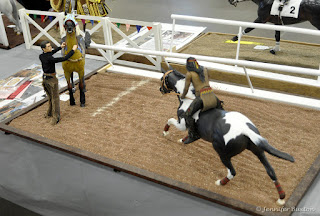 Fortunately, I did manage to take a couple pictures of Lu's Indian Relay entry. This was really neat! 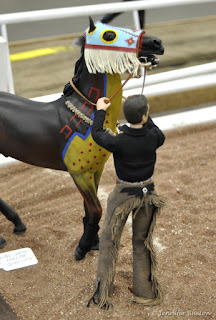 I also liked Erin's carrot and stick entry. This is a great way to show a begging model in performance! 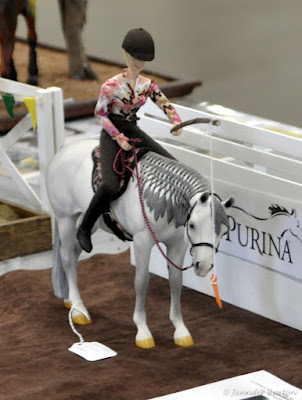 The Scene class and Other Performance Champions are next!
Posted by Braymere at 11:56 AM