Since several readers have expressed an interest in helping me re-home my unwanted models, this morning I spent some time sorting the basement herd into "keep"... 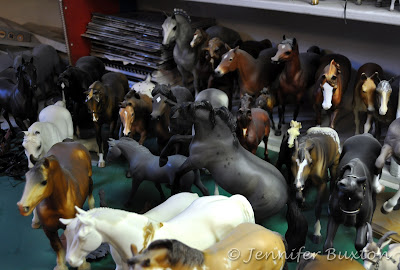 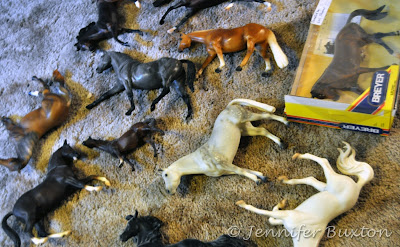 Naturally, this attracted the attention of my children.  After watching me toss a few horses onto the floor, James said, "I would like to have a computer horse."

I assumed that meant he wanted to build himself a horse on Minecraft so I didn't comment.  Minecraft horses do not particularly interest me.

Then Ryan picked up an ISH, remarked that its color was sort of like Trilli's and said that he, too, would like a computer horse.

This time I decided to pursue the matter. "I'm not familiar with the term 'computer horse.' " I said.  "Please explain it to me."

"Mama," Ryan said patiently.  "A computer horse is a horse that stands next to a computer."

So now both kids have a computer horse of their very own.  Ryan's is named Jeffrey... 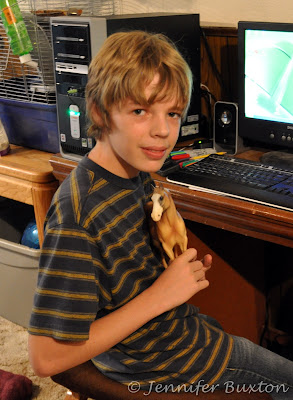 and James' horse is Jack. 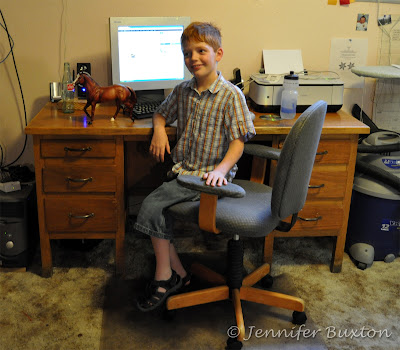 Does this count as successful re-homing?  I can't decide.  On the one hand, they no longer belong to me.  On the other, well... they're still living in my basement!
Posted by Braymere at 1:26 PM