How to make doll stands

One of the group projects at yesterday's Arts and Crap Day was making doll stands. 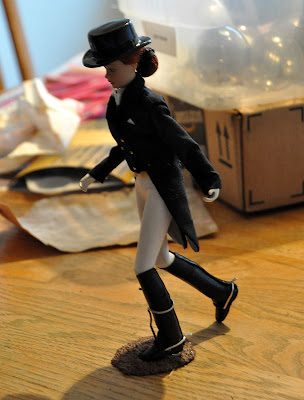 Traditional doll stands encircle the doll's waist which is fine for display purposes, but look awkward in the model horse show ring.  I much prefer my own homemade doll stands which consist of a small base with a wire sticking out the top.  Depending on your doll's attire, the wire can either encircle the leg as shown below or slip discreetly up the doll's pant leg. 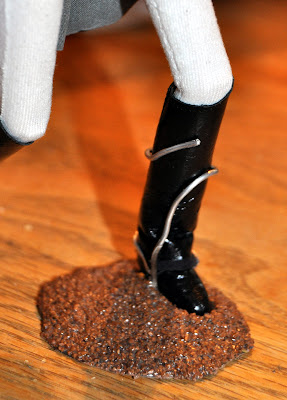 These kind of doll stands are easy to make.  All you need is some 16 gauge wire and a little bit of Sculpy (Apoxie Sculpt would also work). 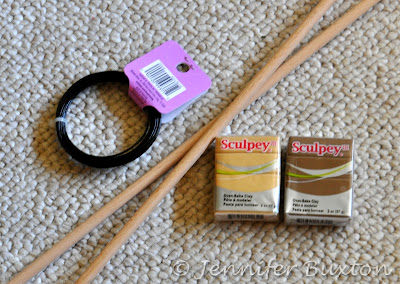 The first step is to cut off a length of wire and use the needlenose pliers... 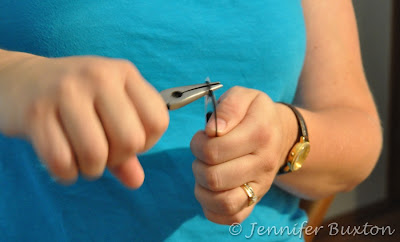 to put a curl in one end. 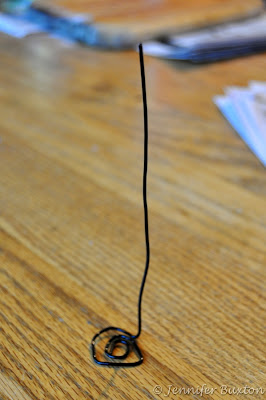 Knead the Sculpy until soft... 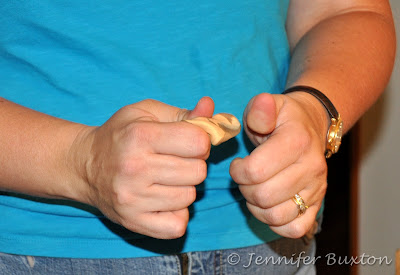 then use that to cover up the curled end of the wire. 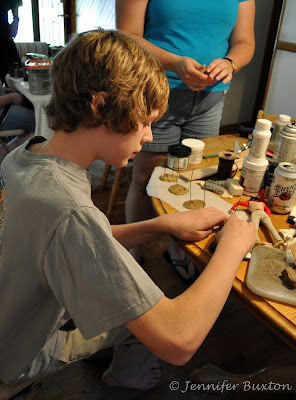 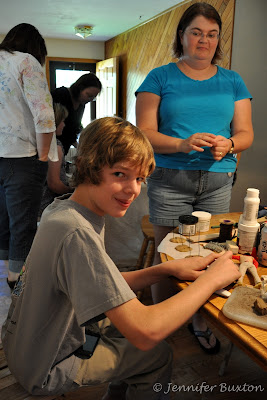 Set the Sculpy down on a smooth, wax paper covered surface and shape the base.  Once that's done, it's time to make the footprints. 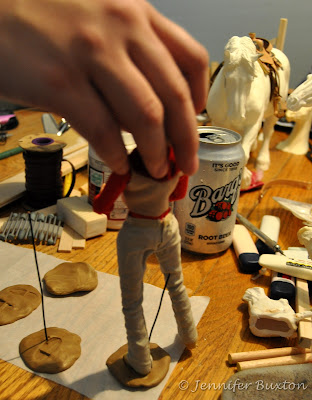 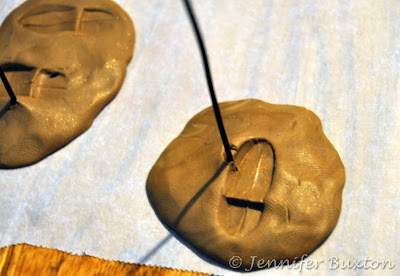 At this point, I would usually bake the doll stands. 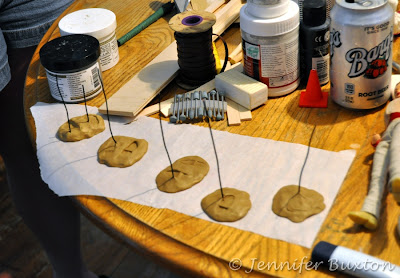 However, Regan suggested that perhaps we should texturize them with an old toothbrush. 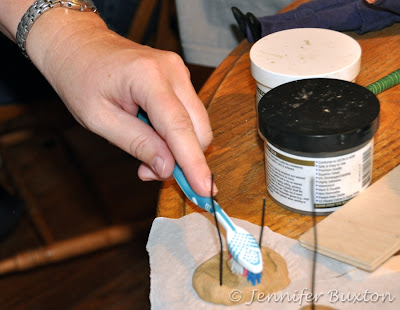 This is Sancie texturizing her base. 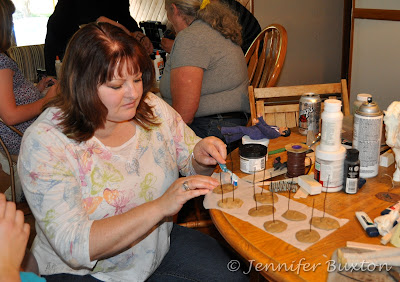 Finally, they're ready for the oven. 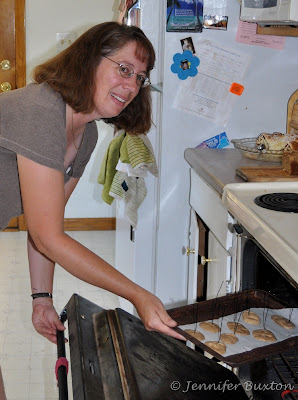 Half an hour later, the doll stands were baked, cooled and ready for use.  For the first time in anyone's memory Regan's Leisure Suit Larry is able to stand under his own power.  Hurray! 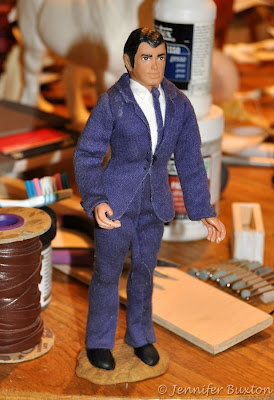 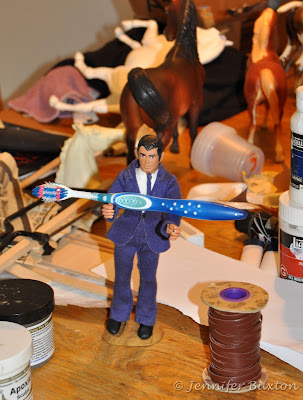 As you can see, these doll stands are good to go "as is."  However, if you prefer the "arena dirt" look of the base in the top photo, that's going to take a little more work.  Cover the base except for the footprint with a thin layer of white glue.  Sprinkle the base with sand or ballast until fully covered.  Allow to dry, shake off the excess material and check for bare areas.  When the base is covered to your satisfaction, add a coat of Mod Podge and call it good.
Posted by Braymere at 4:42 PM