There were five horses entered in this class, and first in the ring was this lovely Clydesdale gelding. 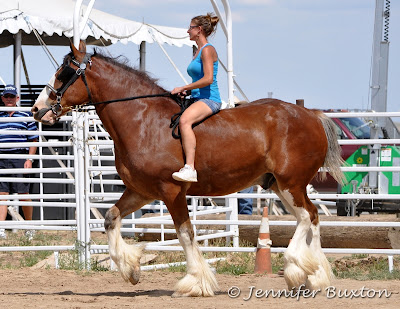 He and his rider entered the ring and waited patiently for the starter's signal. 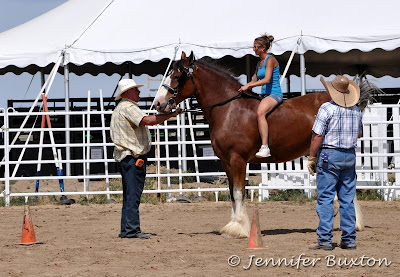 As soon as it came, they headed toward the first barrel at a lively trot. 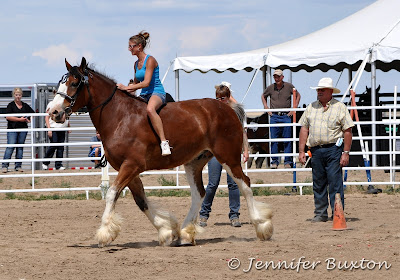 There aren't a lot of women at Colorado draft horse shows, so I was pleased to see this one.  She also drove one of the teams during the Feed Team Race. 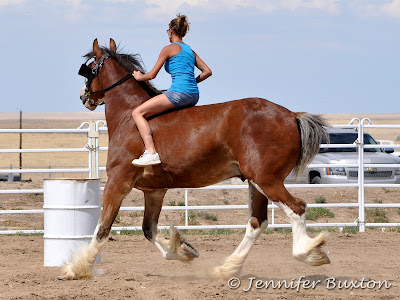 Around the first barrel safely... 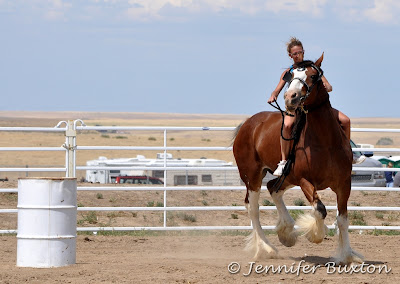 and onto the second. 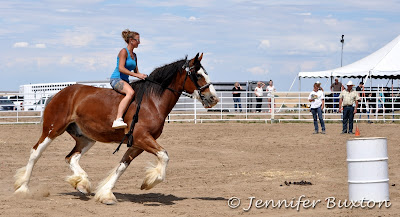 Big trot to the third barrel... 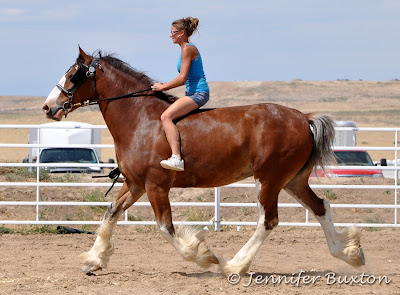 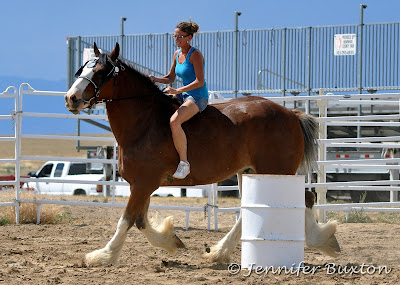 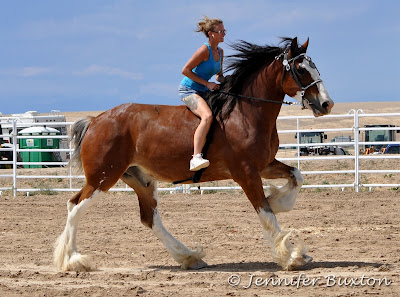 One of the black Percherons was next. 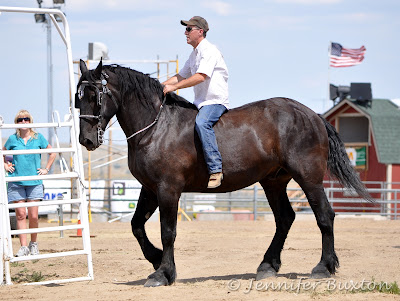 This particular horse did not seem terribly excited about running the barrels. 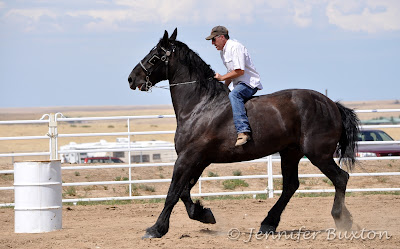 Despite that, he and his rider managed to turn in a respectable round. 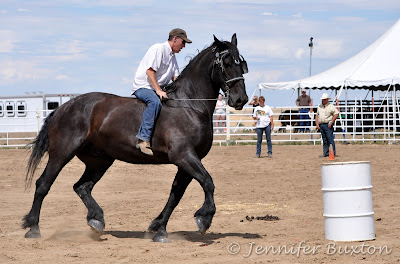 After the third barrel, I thought he might canter home... 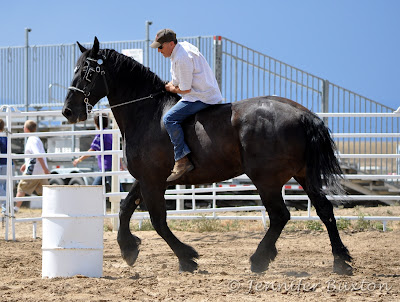 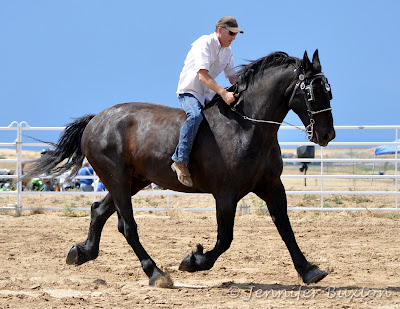 Entry number three was the other black Percheron. 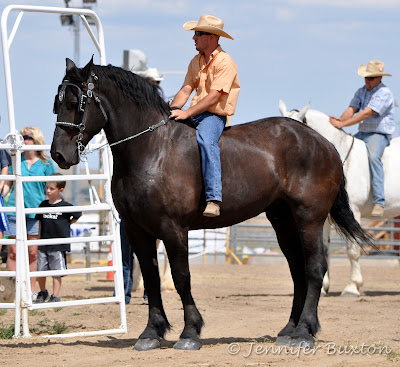 This horse seemed even less thrilled to be "running" the barrels. 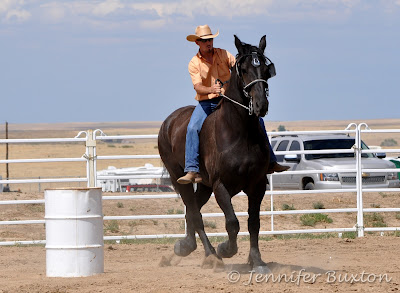 He completed the course at a slow trot... 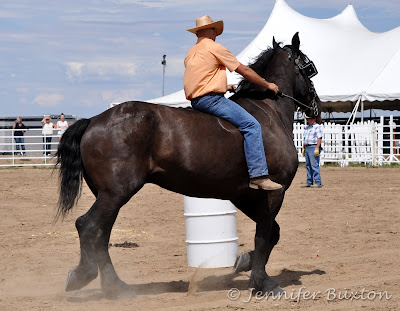 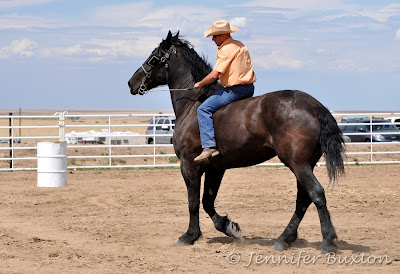 Slow and steady does not win a Draft Horse Barrel Race, 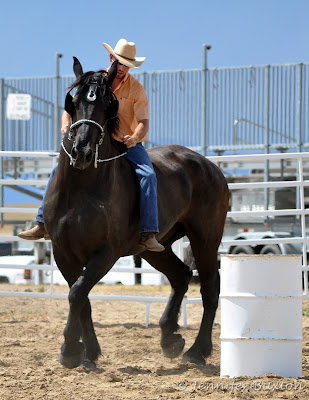 but this horse didn't care.  He had no interest in cantering. 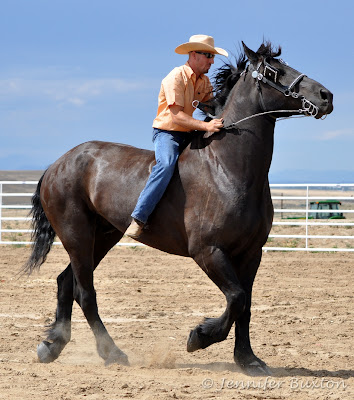 That's not surprising, really.  All day long these farm team horses show in classes that penalize even a single stride of canter.  It's no wonder most of them are reluctant to move beyond a trot in the barrel race.
Of course, there are exceptions to every rule... 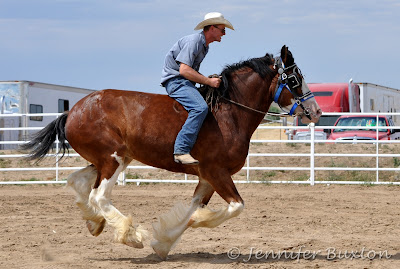 Tomorrow's post will feature the speed demons!
Posted by Braymere at 4:38 PM