Between household projects and the kids' activities, I've barely had  time to think about model horse tack, let alone actually make something.  This is a little bit frustrating, but summer is short and I'm trying hard not to dwell on the distinct lack of "me time."

Besides, it's not all bad.  At least once or twice a week, I manage to find my way out to Big Iron Ranch where I can spend some quality time with my favorite pony. 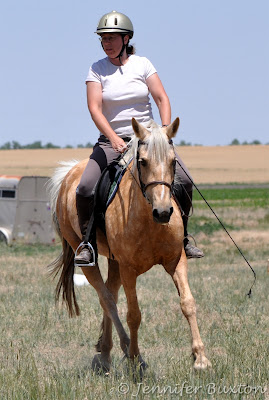 James has been accompanying me on most of these outings.  He's made friends with Aline's son, Robert, which is nice for everyone. 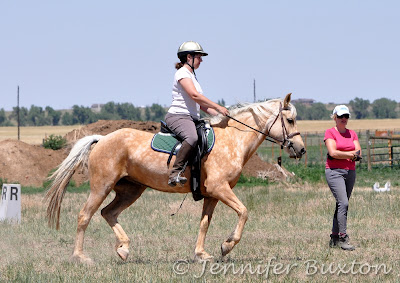 Even when Robert isn't there, James likes visiting the barn kitties, 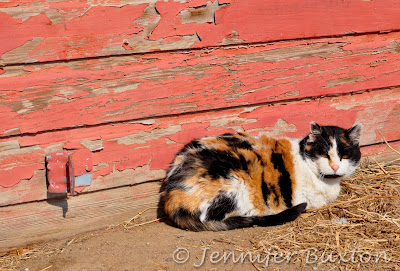 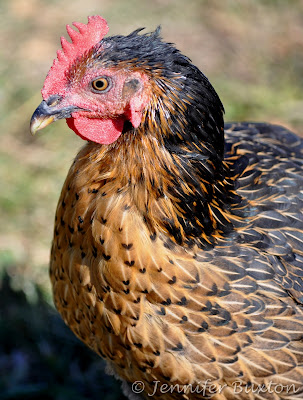 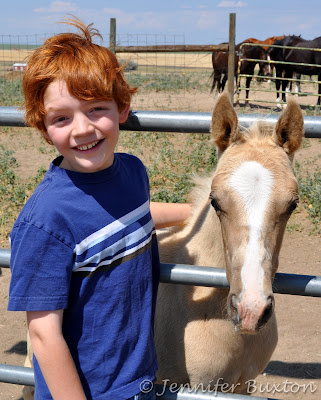 and especially the pigs. 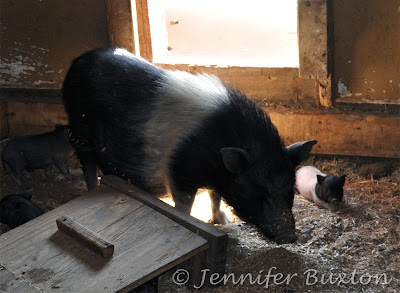 Jazzy's seven babies are just over a week old and they are as cute as can be. 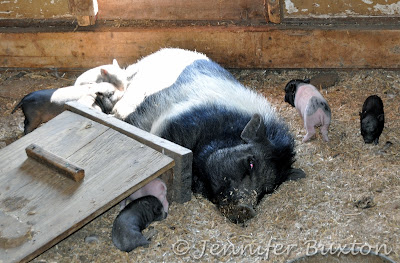 They're also just a little bit bigger than our rats, which has us speculating about how they might look under saddle... 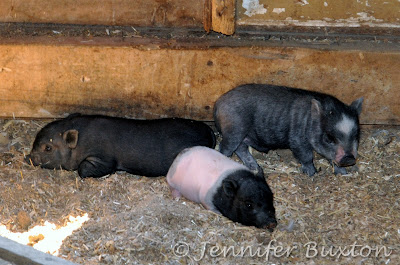 Probably that won't happen, but there's still six weeks left before the kids go back to school, and anything is possible!
Posted by Braymere at 4:30 PM