The first three competitors in the Draft Horse Barrel Racing class held last Saturday at the Colorado Draft Horse Association Show at the Arapahoe County Fair competed mostly at a trot.  The fourth horse in the ring, however, blazed across the starting line at a strong canter. 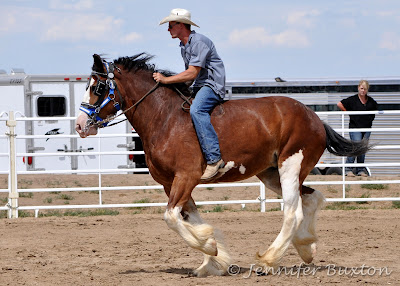 He maintained that gait all the way around the first barrel. 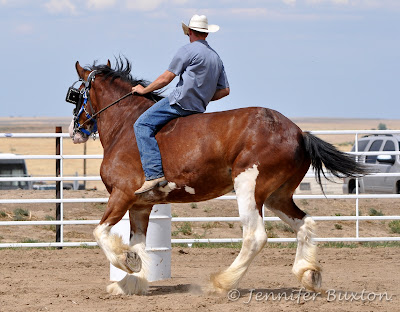 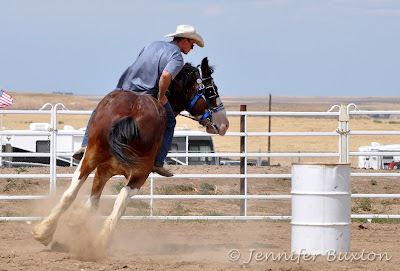 He continued cantering through most of the pattern... 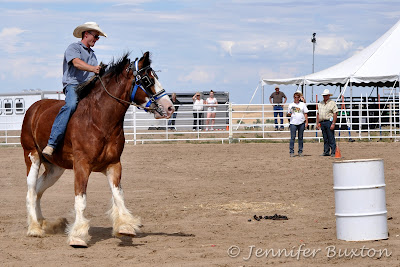 although he did break to a trot for a few steps around both the second... 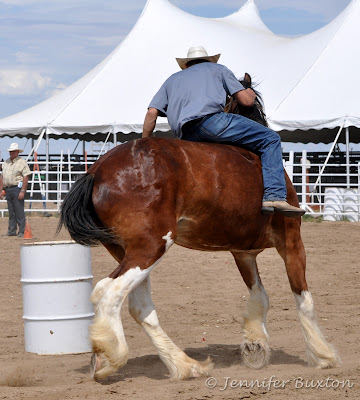 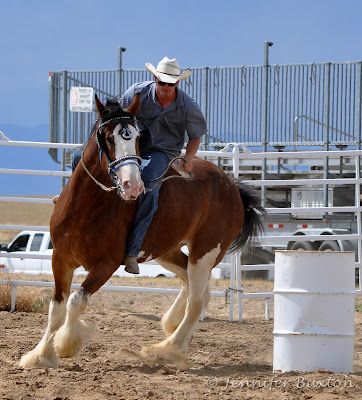 Despite that, this was easily the fastest round in the class so far. 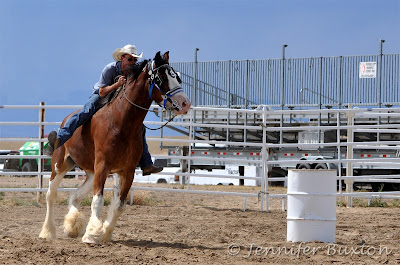 With one horse left to go, he looked like a clear winner. 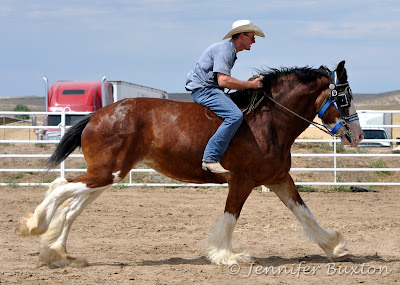 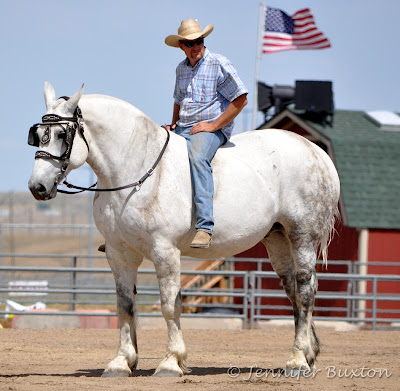 Oh, I remember this guy! 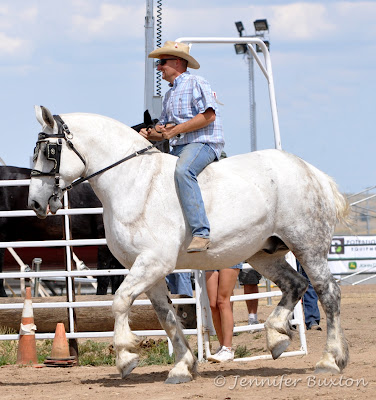 He's a lot greyer than he was two years ago, but he's still just as fast. 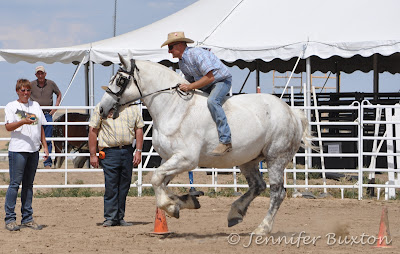 he blazed to the first barrel, 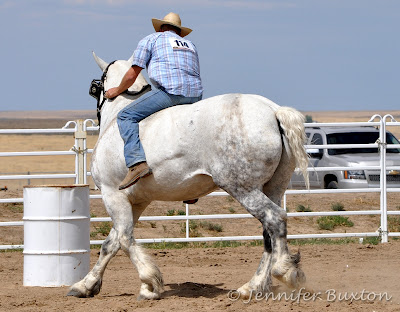 zoomed around the second, 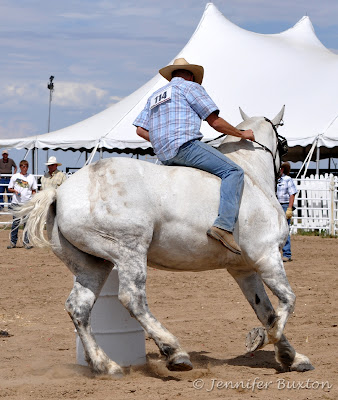 galloped hard to the third, 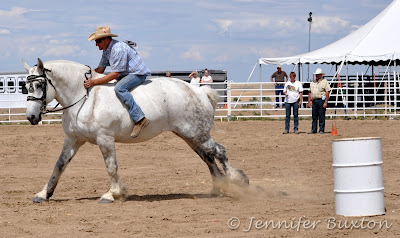 made a tight turn there, 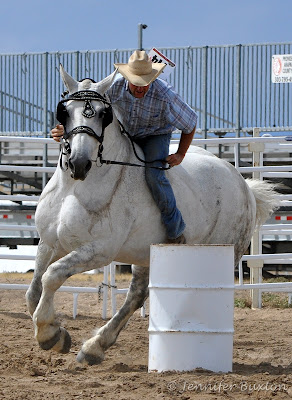 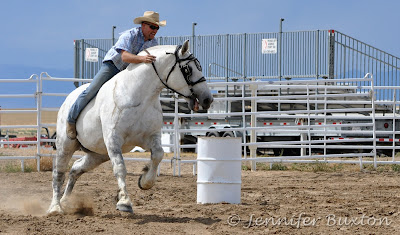 all the way to the finish line! 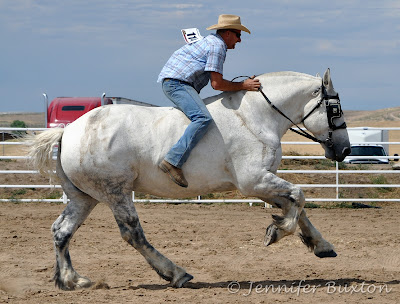 Woo hoo!  The grey Percheron wins again!  He really is the Scamper of the Draft Horse Barrel Racing world!
Posted by Braymere at 12:12 PM