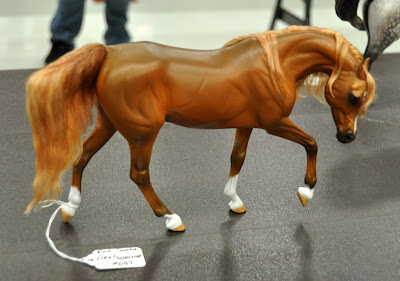 I am usually the only person around her who shows my halter horses with tack, so this rabicano Ahzam immediately caught my eye. 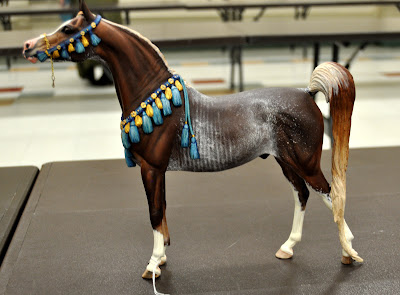 On close inspection, however, it's obvious that his tack was made by a sculptor rather than a tackmaker. 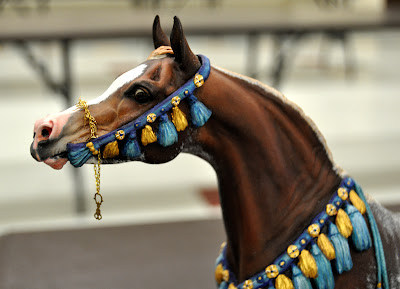 Close up of his rabicano markings. 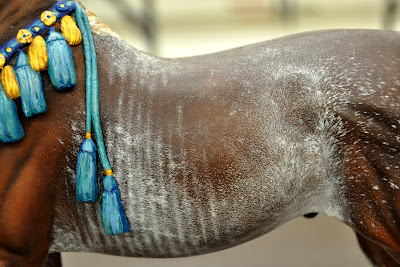 As nice as that boy was, I was even more impressed with the other Ahzam. 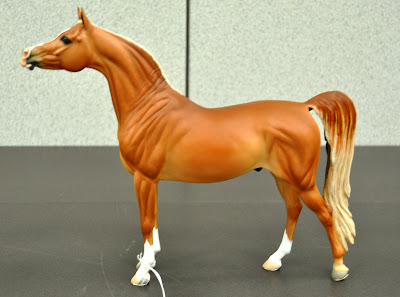 This beautiful model was painted by Carol Williams and owned by Brenda Metcalf.  He placed second in the class. 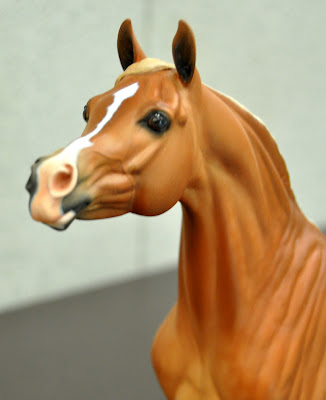 First went to another one of Brenda's horses, an Eberl Jamil painted by Caroline Boydston. 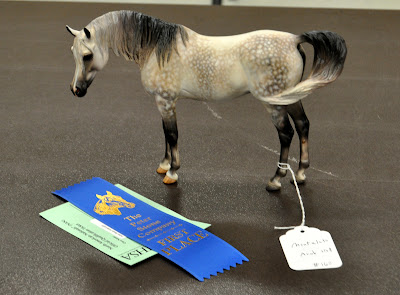 The Arabian Mare/Gelding class was much smaller with just three entries. 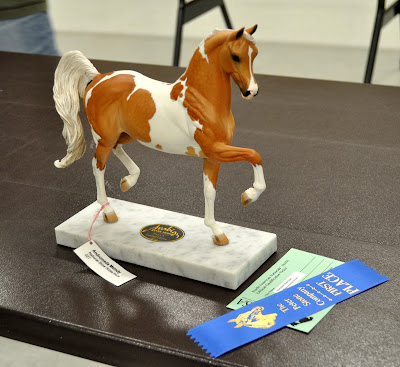 The Half Arabian class was a bit better attended. 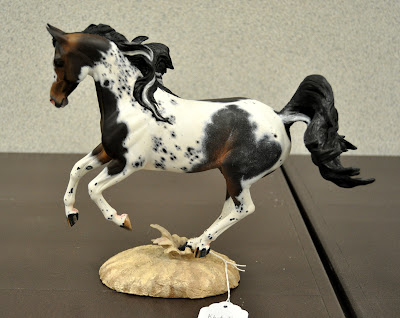 The winner of that class was this pretty customized Rose Khemosabi resin. 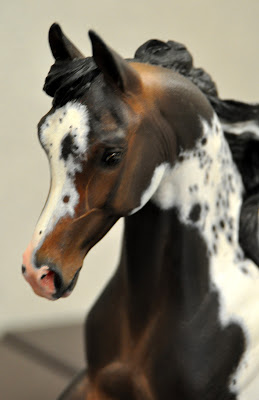 Even with the small classes, there were some very nice horses on the Light Breed Championship callback table. 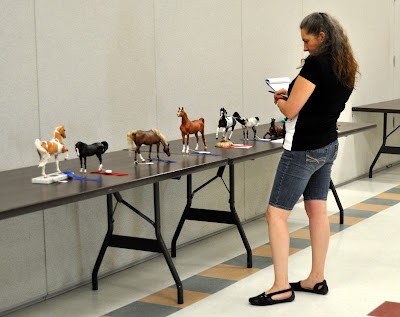 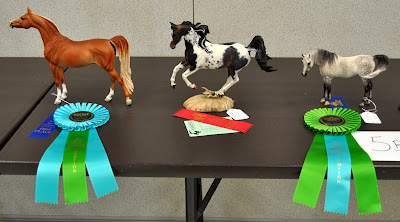 The Gaited/Spanish division was next.  My own Vulcan was the only entry in the Saddlebred class. 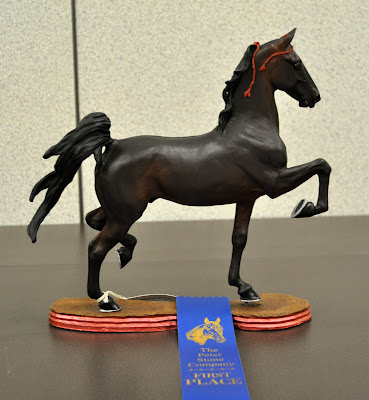 The Tennessee Walking Horse class was only a bit bigger, with just three entries. 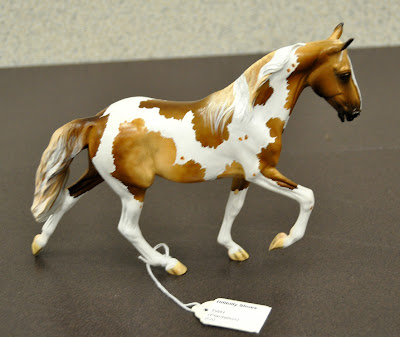 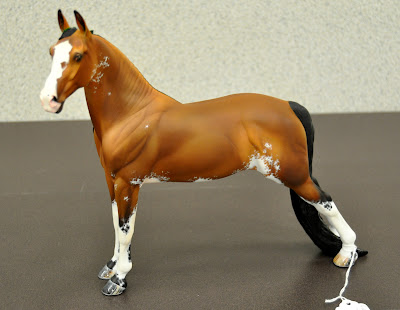 placing just ahead of Brenda's Independence. 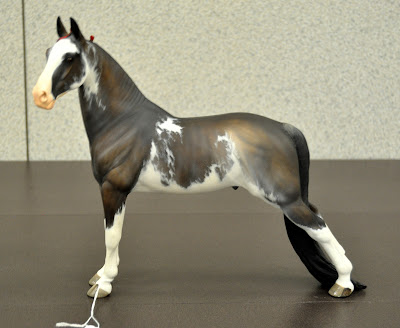 Onto the Iberians!  Not Fred Estudioso had to settle for second this time. 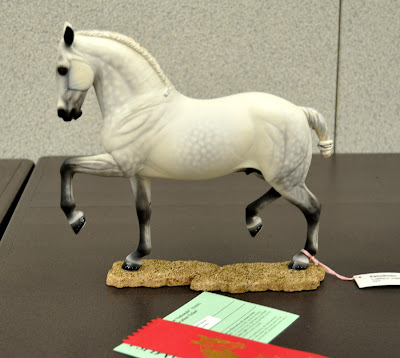 That was fine with me, since the blue ribbon went to my other entry in the class.  This is Inesperado, a Rose Deseoso painted by Cathy Wallden. 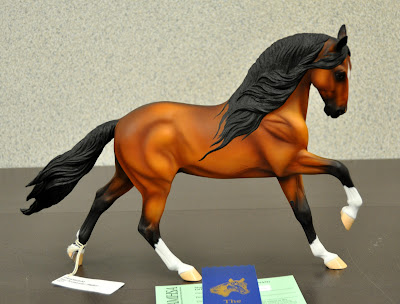 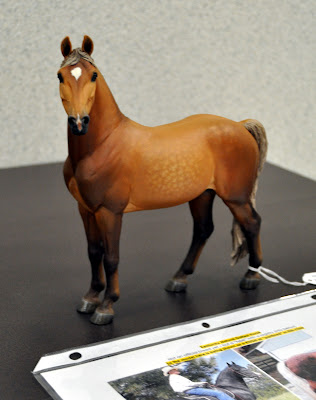 This piece was painted by Carol Huddleston.  Amazing finishwork! 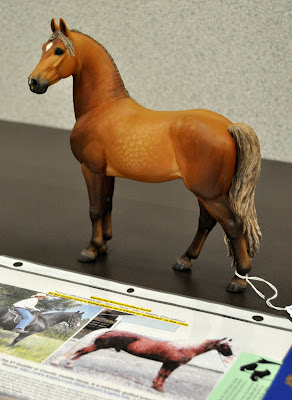 The Championship rosette for this division went to Sheila's Fierce Juice. 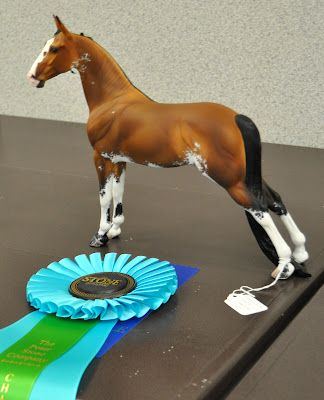 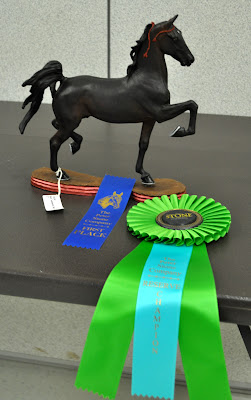 Sport horses and stock horses are next!
Posted by Braymere at 2:00 PM