Saturday at the Horse Park

It took two and a half days, one lost credit card, three telephone consults with two professional mechanics, one loaner car, a new battery, a new alternator, a new motor mount kit, a tap socket set, a bolt extractor, one psychotic former co-worker and, most of all,  one very capable husband to bring the recent run of Buxton car drama to a satisfactory conclusion.  The bank account is depleted but the cars are fully operational.  Hurray!

That wasn't the case on Saturday, however.  Both cars were out of commission so I had to rely on Teresa and her old but running car, George, to transport me to the Colorado Horse Park in Parker, Colorado where Trillium's owner, Aline, was making her dressage ring debut with her good horse, Sara. 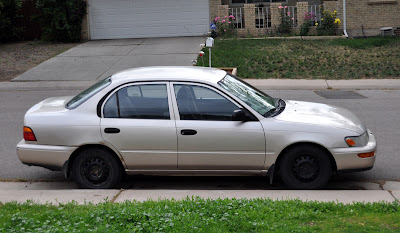 Aline's original ride times were 3:45 and 4:45 so we timed our arrival accordingly.  Unfortunately, the weather didn't cooperate.  A severe thunder storm had rolled through the Horse Park causing the competition to come to a halt. 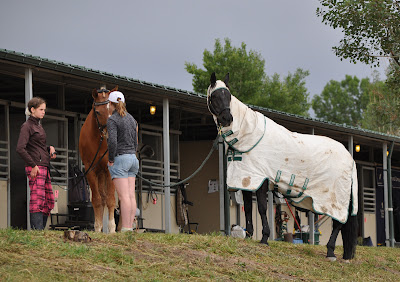 No matter!  I found Aline and Sara down in the lunging ring and visited with her... 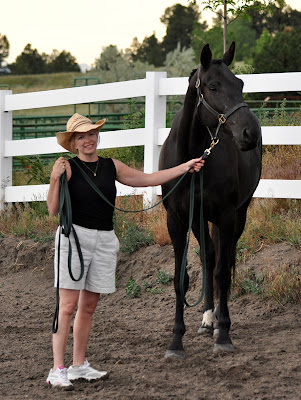 while Teresa checked in with her friend, Anne-Marie, and her horse, Carthage. 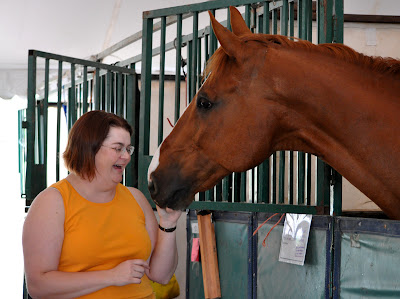 Although Aline's first ride was now a couple hours away, we had no trouble filling the time.  In addition to the dressage show... 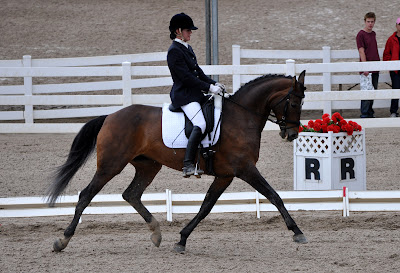 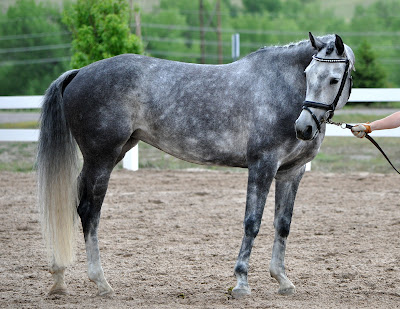 and a Hunter/Jumper show. 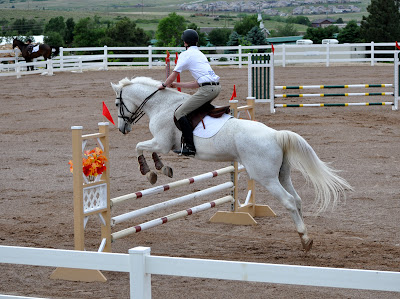 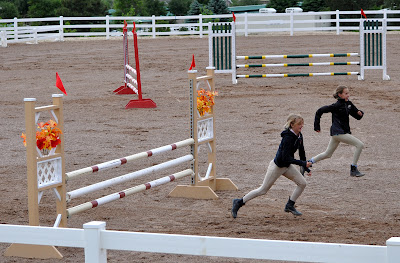 This was me thirty years ago! 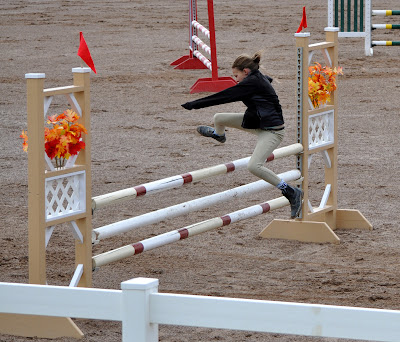 Finally, 5:07 rolled around and it was Aline's turn to trot down the center line. 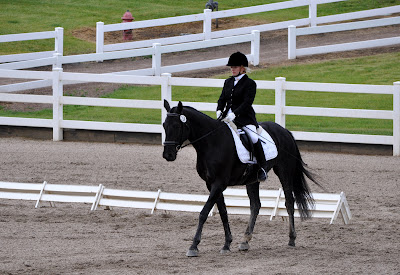 Sara is almost as particular about her footing as Trillium, and the first half of the test was rather tentative.  Fortunately, she became more and more confident with each footstep. 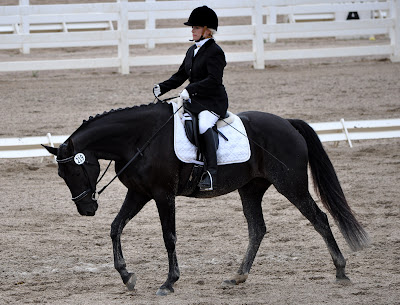 The second half of the test was lovely. 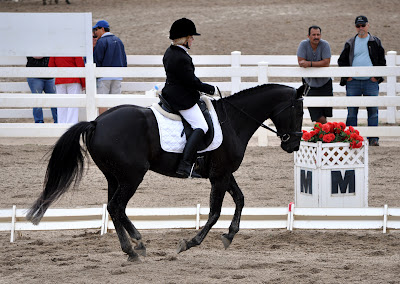 I was so pleased that despite the obstacles, I'd found a way to be there for it. 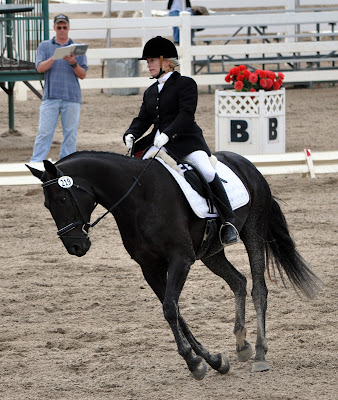 Aline was all smiles as she exited the arena. 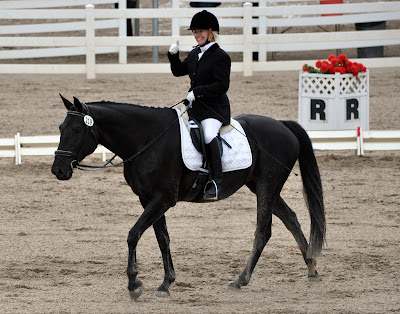 Thanks again for the ride, Teresa.  I don't know what I'd do without you!
Posted by Braymere at 4:51 PM