By the time the Foal classes were called to the judging table, the Resin Halter division at Springamathing was really almost over. 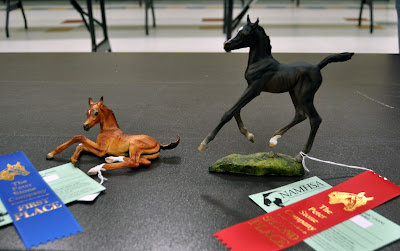 For me, however, it really was a case of saving the best for last.  New York Doll was second in the Gaited class. 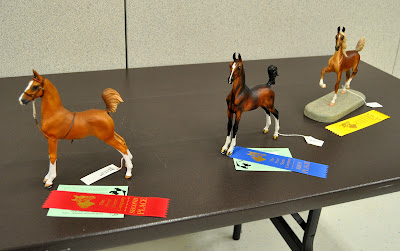 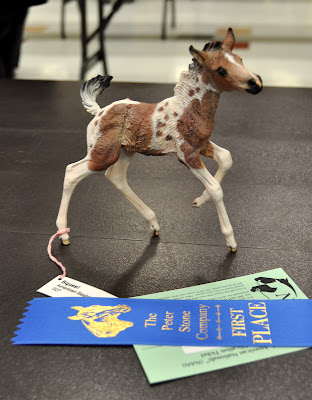 Rave Review and Wonderscope were first and third in Sport foals. 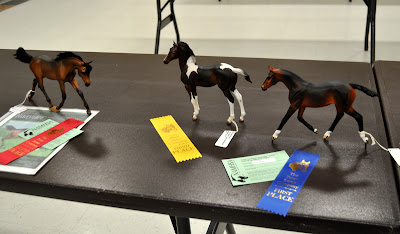 And then there was the Stock Foal class... 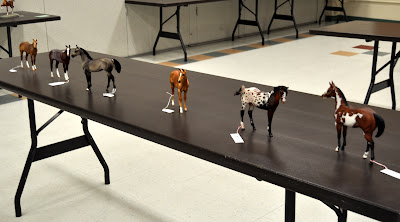 There were no less than six really nice Williams babies on the table, but my eye was immediately drawn to Brenda Metcalf's rabicano Still Dreaming. 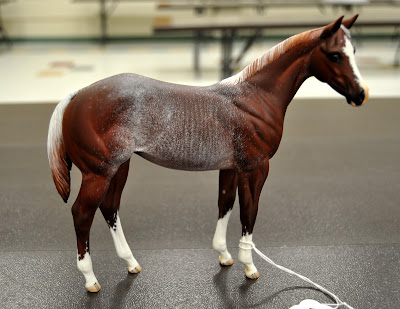 The details on this particular model are stunning, and I was absolutely certain she'd win. 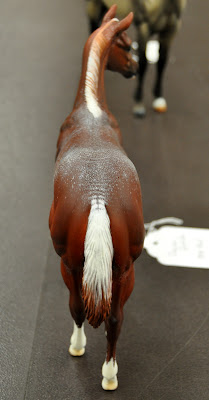 Instead, my own Okie Rio by Chris Nandell (now Flint) claimed the blue.  I was shocked!  Don't get me wrong, he's a very nice colt, but... 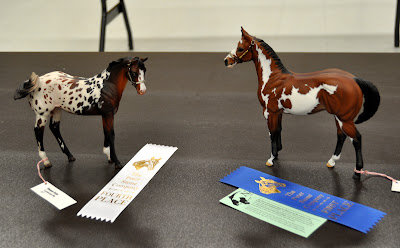 that filly is something else. 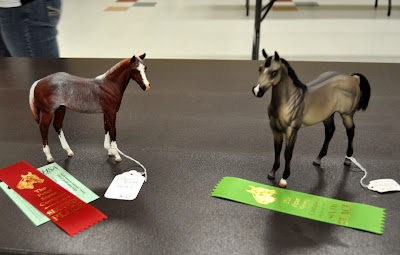 There were two sections of the Other Foals class.  Gimme S'more won the Longears group... 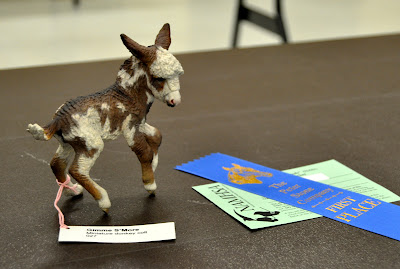 and this little Oliver placed first in the other Other split. 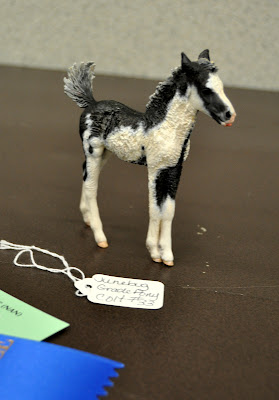 As soon as the last class was pinned, the first and second place foals were returned to the judging table for the Foal division championship.

Five of the ten returning babies belonged to me.

Not these two, though! 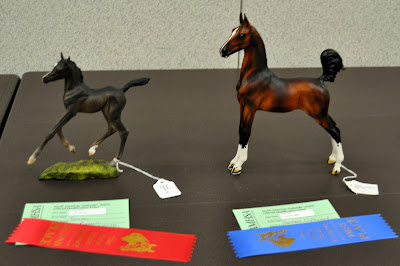 After some deliberation, the judge gave the Championship rosette to Squee! 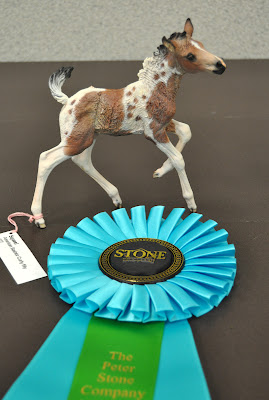 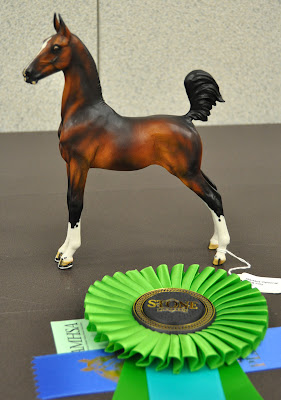 Squee! stayed on the table for the Resin Division Overall Championships.  She was joined by three of her stablemates, Poka Tia, 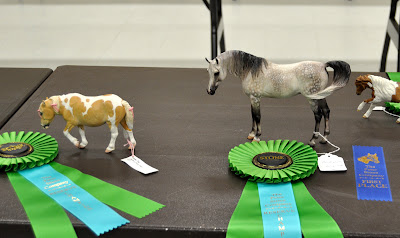 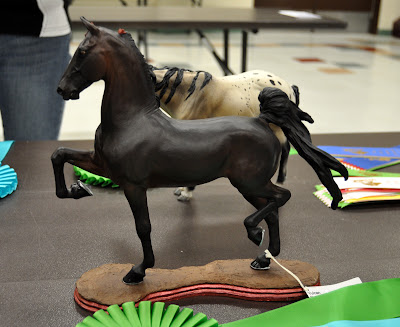 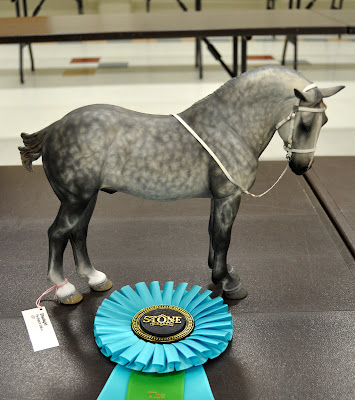 as well as all the other section champions. 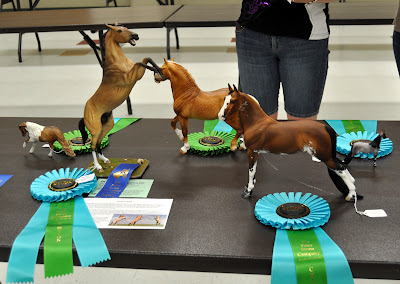 This included the Custom Halter division champion.  For some reason, the Stone sponsored shows in Colorado always treat the custom classes as a subset of the resin division.  It's kind of a bad deal for the customs, but hopefully this will be changed for Springamathing 2013. 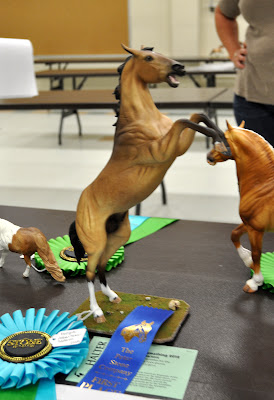 How is a judge supposed to pick just two... 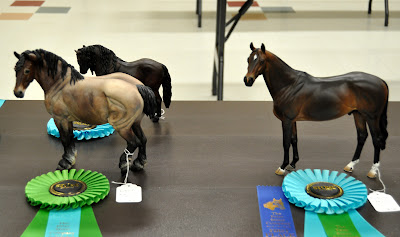 when there are so many... 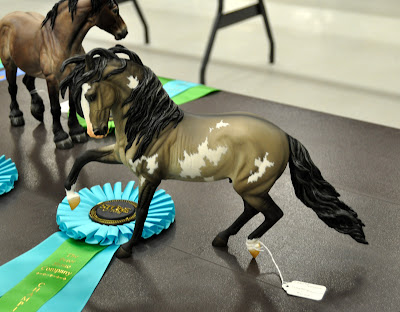 beautiful horses on the table? 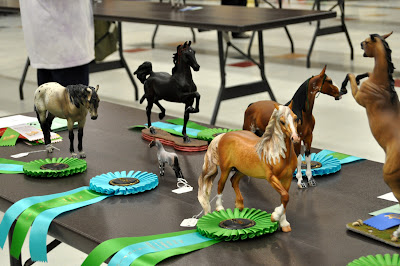 Honestly, I didn't think any of my herd had a chance, so I was on the other side of the hall talking to Teresa when the winners were announced.  Overall Champion was Brenda Metcalf's Valor.  That was no surprise.  He is an absolutely gorgeous model and very deserving of the win. 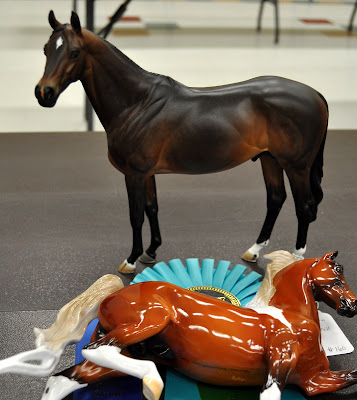 Then the reserve was announced.  Holy moly!  I was so surprised that I think I actually squee'ed!! 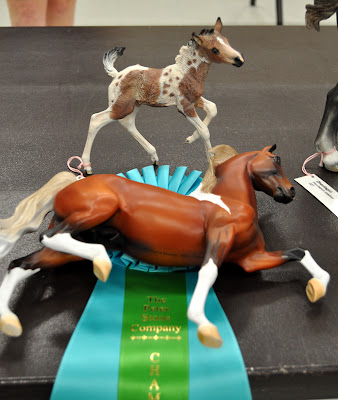 Many thanks to the Stone Company and Heather Roell for holding this show, to Yashka Hallein for judging the resin division, to Teresa and Silke for helping me get my horses on the table and to Danielle Feldman for making Squee! so special.  You're all the best!
Posted by Braymere at 3:19 PM