I'll Have Another... Please?

Yes, I've seen the news.  I know that I'll Have Another will not be racing in the Belmont tomorrow.

As is often the case, this post was written a day or two before it was published.  I scheduled it to go live at 10:01 AM today, never expecting that by the time it appeared I'll Have Another's racing career would be over.

I considered pulling the post since it's fairly irrelevant now.  However, I've decided to leave it up, partly because I like it but also because it's less about the horse and more about the wait.

I was nine years old the last time a horse won the Triple Crown. 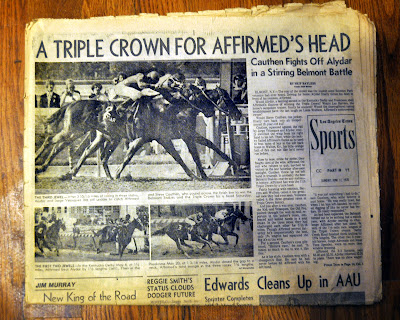 That horse was Affirmed and he was my hero.  I cut his pictures out of the paper and hung them on my bedroom wall. 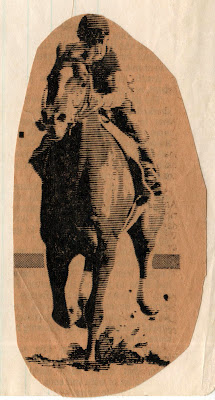 I drew pictures of him, 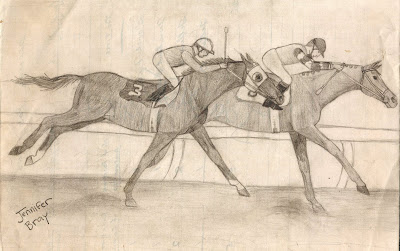 wrote essays about him, 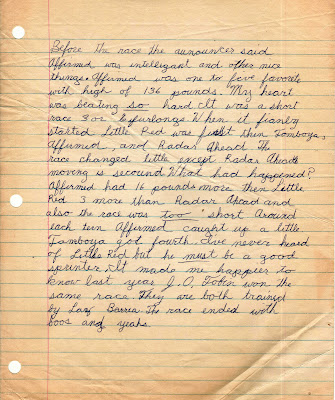 and even talked my parents into taking me to Santa Anita to see him! 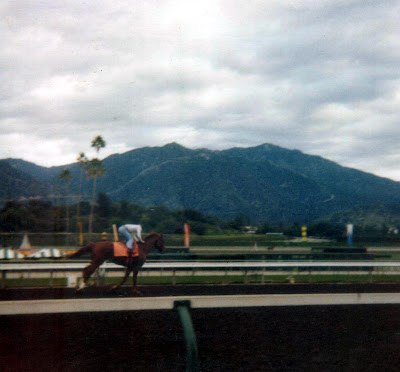 Affirmed was not the only horse to win the Triple Crown during the 1970's.  In fact, he was the third, coming hot on the heels of Seattle Slew (1977) and Secretariat (1973).  Three winners in the span of just six years caused some observers to speculate that the Crown was losing its luster.  What had once seemed like a nearly impossible achievement was becoming commonplace, even mundane.I didn't buy that.  Even though I had been a racing fan for less than a year, it was clear to me that only a super horse could win the Triple Crown.  Since Affirmed was obviously the best and most perfect horse ever, I resented any suggestion that winning the Triple was anything less than a monumental and historically significant feat.
Because was so obsessed with securing Affirmed's place in the record books, I actively rooted against the next couple horses who won both the Derby and the Preakness. 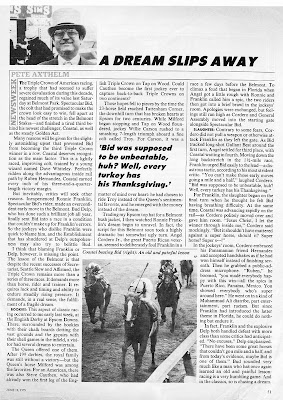 In retrospect, I think some to those horses--including Spectacular Bid--would have been worthy of the Crown.  But others, like Pleasant Colony?  Not so much. 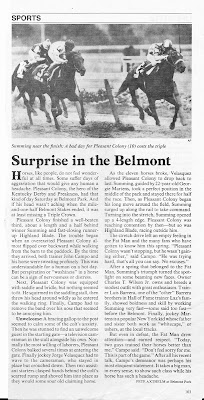 After each losing Belmont, I'd triumphantly pull out my battered copy of The Triple Crown Winners... 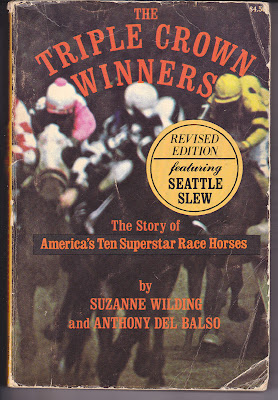 and record the horse's information on the Two Thirds Club page. 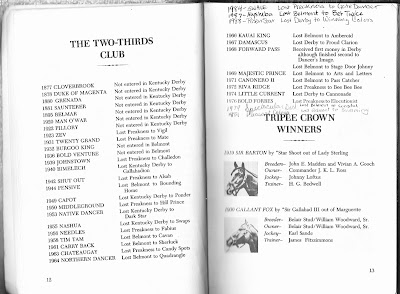 This tradition continued well into the 1980's.  Eventually, however, I realized that enough time had passed.  I was ready to see another Triple Crown winner.  I stopped entering the losers in my book, and I began rooting for any horse who stood even the slightest chance of adding his name to the list of winners. 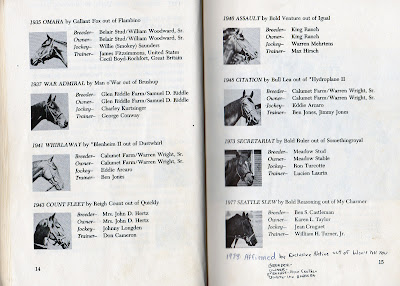 Tomorrow, I'll Have Another will attempt to become the first horse to win the Triple Crown in thirty four years. 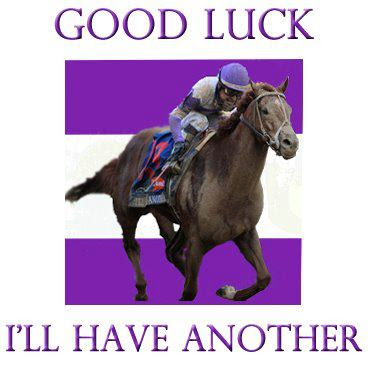