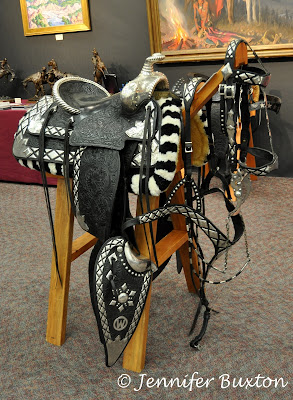 In years past, I've wandered the vendor booths with camera in hand, and no one has voiced an objection.  This time, however, several vendors specifically requested that I not photograph their items.  I found this rather disappointing, of course, but I respected their wishes and kept my lens cap firmly in place.
Fortunately, there were no such restrictions on the auction items.  Today's post focuses on five of the parade sets that were featured in last night's auction.  All information comes directly from the auction catalog.
First up is fully floral carved and sterling silver mounted parade saddle by Hollywood Saddlery.  The estimated price on this was $5,000 to $8,000. 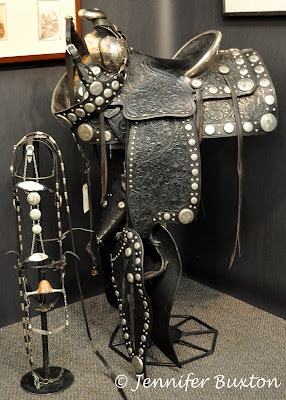 Next up is a budget friendly model (ext. $2,000-$3,000) made by Keyston Bros of San Francisco.  This one features deep flower tooling in the Northern California style and sterling silver plates. 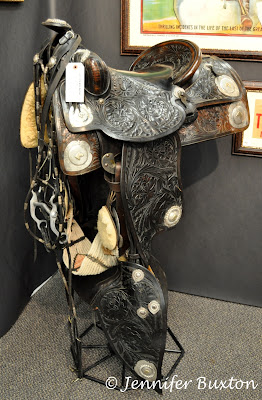 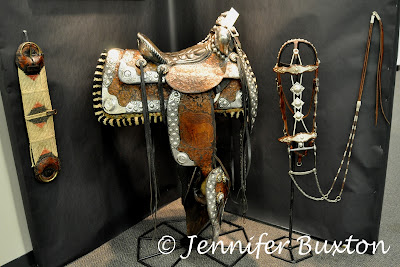 This was another heavily carved saddle... 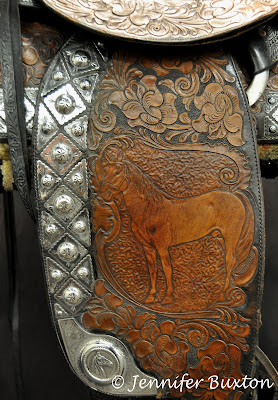 which also featured an impressive amount of sterling silver trim. 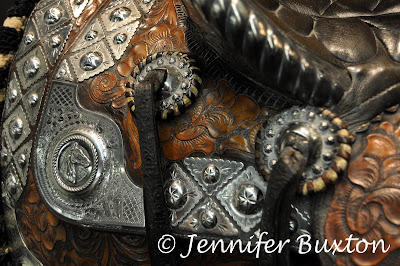 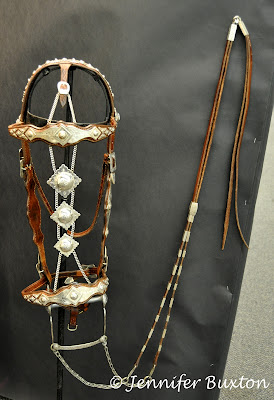 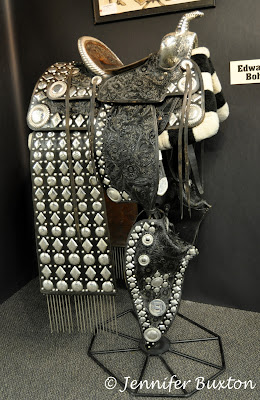 Edward H. Bohlin (1895-1980) was one of the most influential saddlemakers of the twentieth century.  He was best known for his silver mounted parade gear and related goods, and it is always a treat to see his work in person. 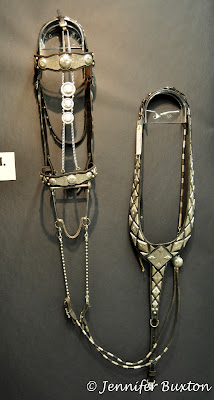 This particular saddle is the Ham Johns model and is built on a Miles City tree with a solid silver horn, fourteen inch swells and a four inch silver cantle. 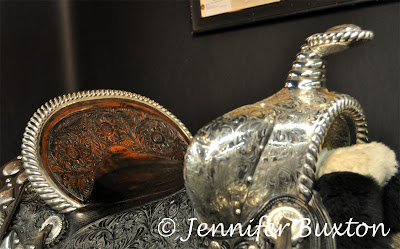 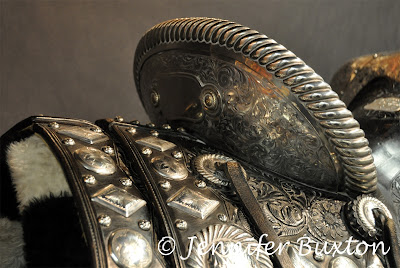 Here's a close up look at the bottom of the serapes--those little dangle-y bits are chain. 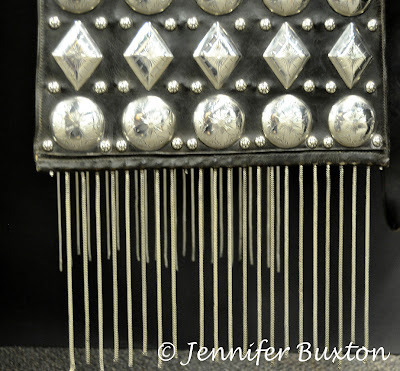 Last but certainly not least was this Bohlin pony saddle mounted on an English rocking horse.  This would look absolutely stunning in the corner of my studio... 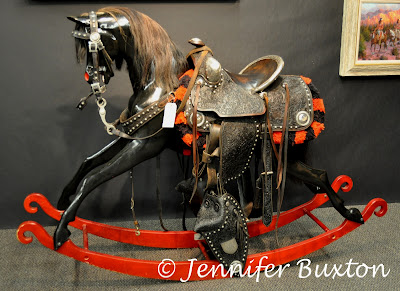 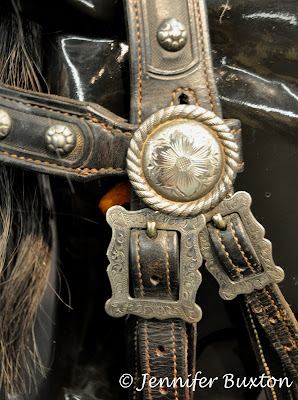 Well, maybe next year!
Posted by Braymere at 4:21 PM